The federal government has sought to keep secret a list of dozens of hotels, schools, clinics, hospitals, businesses and homes it uses as makeshift detention facilities for refugees and asylum seekers across Greater Melbourne.

Lawyers for the Commonwealth argued in the Federal Court of Australia on Wednesday the location of the makeshift detention facilities was commercial-in-confidence, and releasing it would interfere with the administration of justice by creating security risks around the secret detention sites. 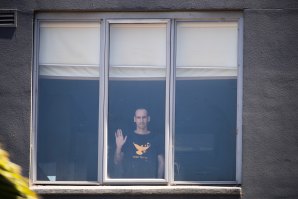 The revelation comes as the court considers whether a sprawling Melbourne immigration detention facility, similar facilities in Brisbane and Adelaide, and two Melbourne hotels used as makeshift detention sites were established unlawfully and are therefore not valid places of detention.

The case could have implications for thousands of refugees, asylum seekers and others held in “alternative places of detention” over a period stretching back to 2009.

Kurdish refugee Mostafa Azimitabar sparked the Federal Court action, seeking to prove that two Melbourne hotels he was detained in for 14 months were established unlawfully, and therefore his lengthy detention in those hotels was unlawful. He is seeking unspecified damages for his treatment.

Azimitabar was transferred to the Mantra Bell City in Preston in November 2019, after being rushed to Australia for emergency medical treatment on the advice of doctors, from Papua New Guinea, where he had been held since 2013. 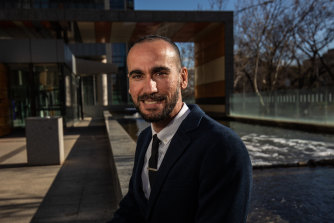 Hundreds of other refugees and asylum seekers were similarly rushed to the mainland under the short-lived medevac process, from offshore detention in PNG and Nauru, on the advice of doctors. They were kept in hotels that a departmental officer – acting on behalf of the immigration minister – approved as being “alternative places of detention”.

Lawyers for the Commonwealth have argued the immigration minister, through a delegate, can establish detention sites in a range of buildings, so long as they meet the definition of a detention facility.

The services are operated by private security contractor Serco on behalf of the Australian Border Force.

Barrister Lisa De Ferrari, SC, acting for Azimitabar, told the court immigration ministers could use the power afforded by section 273 of the Migration Act to establish and run detention centres. Instead, she argued, the minister relied upon implied powers to establish alternative places of detention, and delegated that responsibility to officials.

By doing so, she said, those facilities were not legally established as places of detention.

The Commonwealth argues there is an implied power within the Migration Act to designate other facilities as places of detention.

“And one might think that’s entirely appropriate when one is creating a system for detaining people for what – in many cases – is year after year,” he said.

“But Parliament has not expressly provided the power to establish and maintain other places of detention, nor provided a power to make regulations for their operation.

Commonwealth lawyers sought to suppress a lengthy list held by contractor Serco of suburban buildings the government uses to detain refugees and asylum seekers in the community, on the grounds they could breach commercial-in-confidence provisions.

The list included schools, clinics, hospitals, motels and hotels, businesses and homes. The court heard the Commonwealth wanted to keep the list secret, in part, to protect the privacy of businesses taking part in the secret detention scheme from people who might want to object.

Justice Murphy opposed the application for a blanket suppression order, saying it was a matter of public interest. But the list will not be released until Commonwealth lawyers have redacted the addresses of residential properties, a process that could take days.