Chris Lawrance has voted mostly Liberal in the past, yet there is no guarantee she will do so again at the coming federal election.

Ms Lawrance, who co-owns a clothing store in Flinders on the Mornington Peninsula, has occasionally voted Labor, but is now open to voting for anyone who best represents her values at this election, which must be held by May. 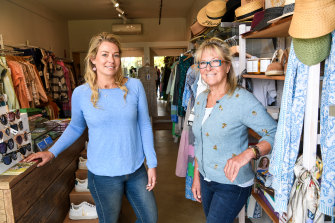 “I think people are tired of politics where there’s infighting and pettiness,” she said.

If the Coalition is to retain government and the Flinders electorate, which it holds by 5.6 per cent, it can ill-afford to lose voters like Ms Lawrance.

But his decision to retire from politics after 20 years in Parliament strips the Liberal Party of its incumbency advantage, raising expectations locally of an open contest where the strongest candidate will prevail irrespective of party ties.

The electorate includes some of Victoria’s priciest real estate in Sorrento and Portsea, while in Hastings and Mornington there are pockets of entrenched disadvantage. 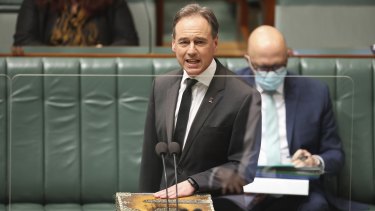 Ms Lawrance said honesty, transparency, respect for voters and protecting the local environment would determine how she votes.

Her daughter Nat Lawrance Riordan, who lives in Bittern and co-owns the clothing store, has previously voted Liberal, Labor and Greens but is open to an independent.

“You can have a mixture of opinions from the major parties,” she said. “Someone needs to pick up on that.”

Ms Lawrance Riordan sees an opportunity for renewal in Flinders.

“It leaves room for a woman to come in and act strongly on climate change.”

The election race so far is an all-female contest, making it likely a woman will win Flinders for the first time. 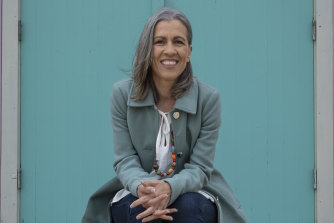 Mornington Peninsula councillor Despi O’Connor will run as an independent, vowing to be a local voice in Canberra free from the restrictions of party politics.

Labor has preselected Surbhi Snowball who has worked in banking, agriculture and small business. She argues the government has failed to show leadership on climate change or deliver the health and childcare services the growing electorate requires.

The independent Voices of Mornington Peninsula group voted to endorse their candidate, Claire Boardman, on Saturday.

Ms Boardman, the deputy public health commander for infection prevention and control in the Victorian Department of Health and Human Services’ COVID-19 team, submitted her resignation on Friday.

“It’s a seat that covers a wide range of demographics economically and socially,” she said.

Associate Professor Carson said poor treatment of women in federal politics and low representation of female MPs in Parliament, particularly in the Liberal Party, had motivated women to run as candidates. 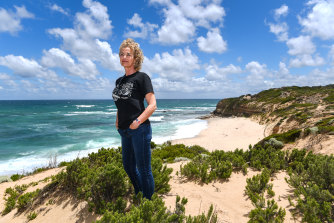 “I don’t think it’s ever been more important to have independents,” she said.

And she is also upset about the government cutting funding for university arts and humanities courses, arguing the move was bad for society and people had lost their jobs unnecessarily. 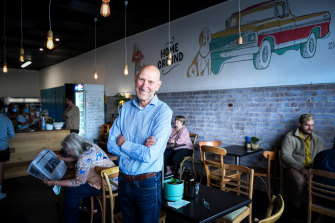 Peter Orton at the Home Ground cafe in Mornington where he is a director of the social enterprise. Credit:Justin McManus

Mornington resident and businessman Peter Orton was a staunch Liberal voter until he started voting Labor about 10 years ago. But he is now considering voting for an independent candidate.

Mr Orton, who volunteers on social enterprise projects, is dismayed by the federal government’s climate change policies, insisting it should be acting faster to reduce carbon emissions immediately.

“They’re not acting out my values, and I’m disappointed by that,” he said.

Mr Orton believes disadvantaged parts of the electorate have been overlooked by governments – particularly in Mornington, Hastings and Tanti Park.

“Homelessness is a real issue down here,” he said. “Many people are sleeping in their cars.”

But fellow Mornington resident Helen White is determined to vote Liberal, describing her views as financially conservative. “When you’re a pensioner you have to be,” she said.

She is concerned about the rising number of independents running for office, fearing they may have a disruptive presence in the Parliament. 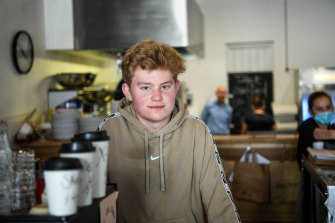 But more importantly he wants a representative who places the local community above personal ambition.

Sadly, in politics this is a lot to ask.