Instagram and Pinterest were ‘ignorantly blind’ and contributed to the death of 14-year-old Molly Russell who ‘liked’ 2,100 images about depression, suicide and self-harm before she died, inquest hears

Schoolgirl Molly Russell liked more than 2,000 images about depression, suicide and self-harm before taking her own life but Instagram and Pinterest were ‘ignorantly blind’ to their part in her death, an inquest heard today.

The 14-year-old from Harrow, northwest London, died in 2017 after hiding her ‘demons’ from her family while viewing thousands of harrowing posts and videos.

Molly saved and ‘liked’ 16,300 images on her Instagram account, 2,100 of which related to depression, self-harm and suicide in the last six months of her life.

Since her death, Molly’s family have campaigned for better internet safety and stronger rules over suicide and self-harm-related content.

‘It encourages a false sense of belonging to a community that certainly can’t do anything to help.

‘The platforms did not know her age and did not know what the content was, they were ignorantly blind, without thought, without control.

‘We submit that this caused her harm and contributed towards her death.’

Mr Sanders highlighted the unique opportunity the findings of the inquest will provide.

Coroner Andrew Walker is to prepare a report aimed at preventing future tragedies after he draws his final conclusions about Molly’s death. 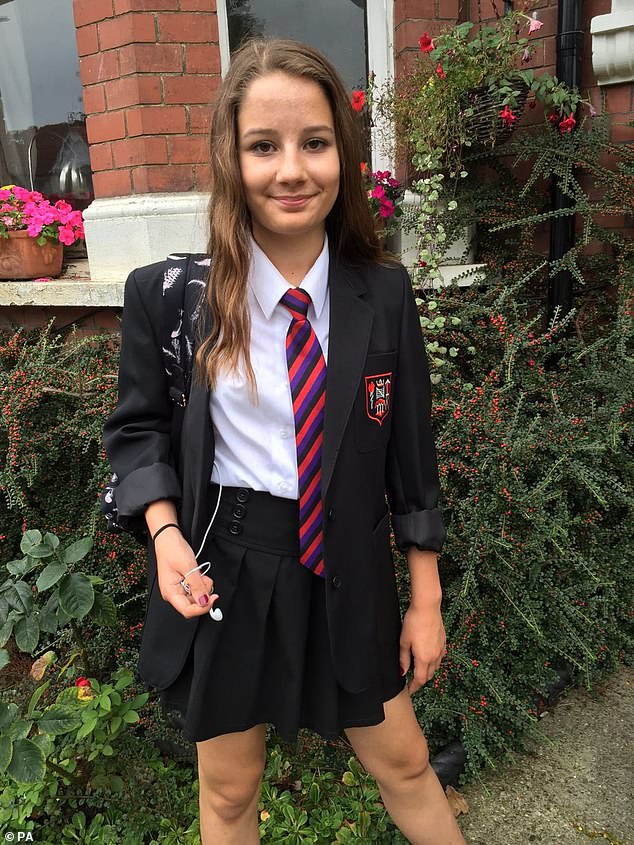 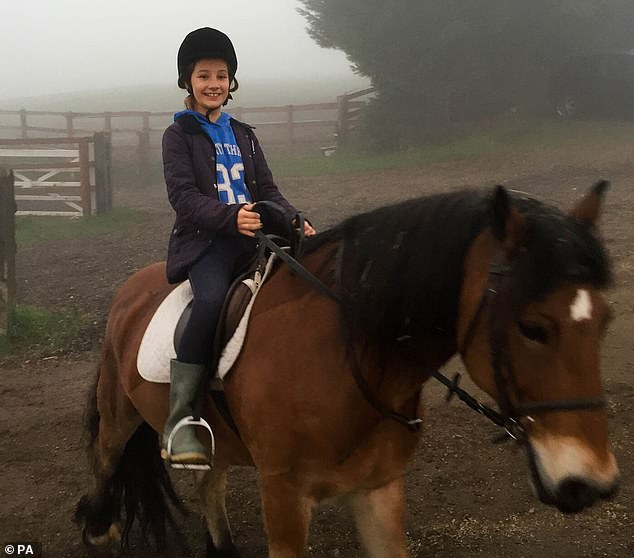 ‘We have a uniquely detailed picture of Molly’s internet use. It is wrong to think that future inquests would be able to do the same, so we must take the opportunity to make detailed findings.’

It took more than 1,000 hours to review, collate and triangulate the online evidence for Molly’s inquest, the family’s lawyer said.

Mr Sanders suggested to the coroner that he find that the material Molly viewed was ‘manifestly unsafe’ and ‘on the balance of probabilities it caused or contributed to her death’.

He told the court content she viewed included a ‘litany of self-hate’ which was ‘reflected in her notes almost word for word’, suggesting it ‘shaped her actions’.

Some of the material she viewed was so disturbing that it left child psychologist Dr Navin Venugopal ‘unable to sleep for a few weeks.’

Speaking on Monday, Dr Venugopal described the impact looking through the material Molly viewed had: ‘I had to see it over a short period of time and it was very disturbing, distressing.

‘It would certainly affect her and made her feel more hopeless.’

Dr Venugopal added: ‘I am of the opinion that it is likely that Miss Russell was placed at risk through accessing self-harm material on social media websites and using the internet.

‘There was a risk to Miss Russell’s health and mental state by looking at self-harm related content.’

Mr Sanders told the court today that while looking through Molly’s social media use, ‘We were working at all times through what was described as a ‘ghetto’.’

Coroner Andrew Walker said: ‘This is an opportunity to make this part of the internet safe and we must not let it slip away. We must do it.’

Condemning the actions of social media companies like Meta, Mr Sanders said they were ignorant about the real world.

‘We have also seen that the understanding of the risks among social media companies is limited and this lack of understanding is made even more serious by the same companies developing new technologies.

‘We’ve seen it in the unsafe factory conditions of the industrial revolution.

‘We see it on social media platforms of the digital revolution. And in both conflicts the victims are children.

‘This case is of course about child safety. Fourteen-year-old girls like Molly are very much in the eye of this storm.’

‘Two of the largest social media platforms did not understand the risk they were creating and do not fully understand their role and responsibilities.

‘Meta and Instagram in particular sees itself as a given; part of the infrastructure of human life, an essential part of human life that cannot be withdrawn.

‘There is an implication that Molly’s experience was somehow akin to a Sylvia Plath poem or a performance of Shakespeare’s Romeo and Juliet. It is utterly staggering.

‘There is also a bizarre belief that Molly’s experience involved her sharing and having conversations about self-harm online. She was doing no such thing.’

She highlighted the difficulty in spotting when a child such as Molly is unwell and spoke of the challenges of big social media platforms.

‘There is a level where I want to say it is almost impossible to keep track of social media, but we have to try to react as speedily as possible,’ she said. 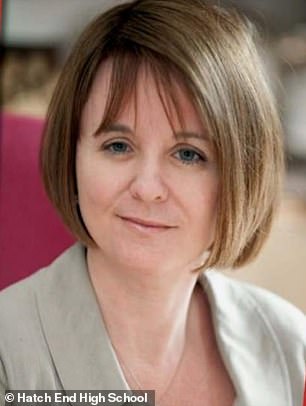 Asked by the Russell family’s lawyer, Oliver Sanders KC, whether the school was aware of the suicide and self-harm related content available to students like Molly on sites such as Instagram, Ms Maguire said: ‘At the time, we were shocked when we saw it.

‘But to say that we were completely shocked would be wrong because we had been warning young people about the dangers of social media for a long time.’

‘It presents challenges that they didn’t really have maybe 10 years or 15 years ago.’

Molly was described as a ‘quiet and reflective student’ with a ‘small but close friendship group’.

Ms Maguire said: ‘There were a whole range of different issues [discussed with Molly] but they would have been deemed normal conversation.

‘Molly’s suicide was a complete and terrible shock to the school.’

Since Molly’s death the school has tightened its message to students that; ‘it’s okay to not be okay’.

‘We have always tried to give that impression that there is always somebody to talk to. We’re very conscious we spoke to all the year groups.’

Mr Walker added today: ‘It used to be the case that when the child came through the front door of their home it was to a place of safety.

‘With the arrival of the internet, we brought into our homes a source of risk and we did so without appreciating the extent of that risk.

‘If there is one benefit that can come from this inquest it must be to recognise that risk and ensure and to take action to make sur that risk that we have so embraced in our homes can be kept away from children completely.’

Mr Walker outlined a range of concerns about platforms, which were: a lack of separation of children and adults on social media; age verification and the type of content available and recommended by algorithms to children; insufficient parental oversight for under 18s.

He told the court he would prepare a report aimed at preventing future deaths after he draws his final conclusions about the teenager’s death.

Representing Meta, Caoilfhionn Gallagher KC said the company ‘is ready to listen carefully to any concerns’ while Pinterest’s lawyer, Andrew O’Connor KC, said the platform was ‘committed to make improvements in this area’.

The Russell family’s lawyer, Oliver Sanders KC, compared also the ‘unsafe practices’ of the industrial revolution to the ‘digital revolution’, adding ‘it is children who are the victims’.

He also requested the coroner gives detailed findings of fact when he makes his conclusion on Friday, because there was a ‘particularly strong public interest’ in the case.

The head of health and well-being at Instagram’s parent company Meta and the head of community operations at Pinterest have both apologised at the inquest for content Molly viewed.

Meta executive Elizabeth Lagone said she believed posts which the Russell family argued ‘encouraged’ suicide were safe when the teenager viewed them.

Pinterest’s Judson Hoffman told the inquest the site was ‘not safe’ when Molly used it.

The coroner adjourned the inquest until 11am tomorrow when he will give his findings.

If you are affected by the issues raised by this article, you can contact the Samaritans for free on 116 123, or go to samaritans.org.