ISIS supporters have reportedly shared a vile image of Joe Biden being "executed" outside the Capitol building.

The president has been criticized for his approach towards the conflict in the Middle East as Gaza suffered its deadliest day yet. 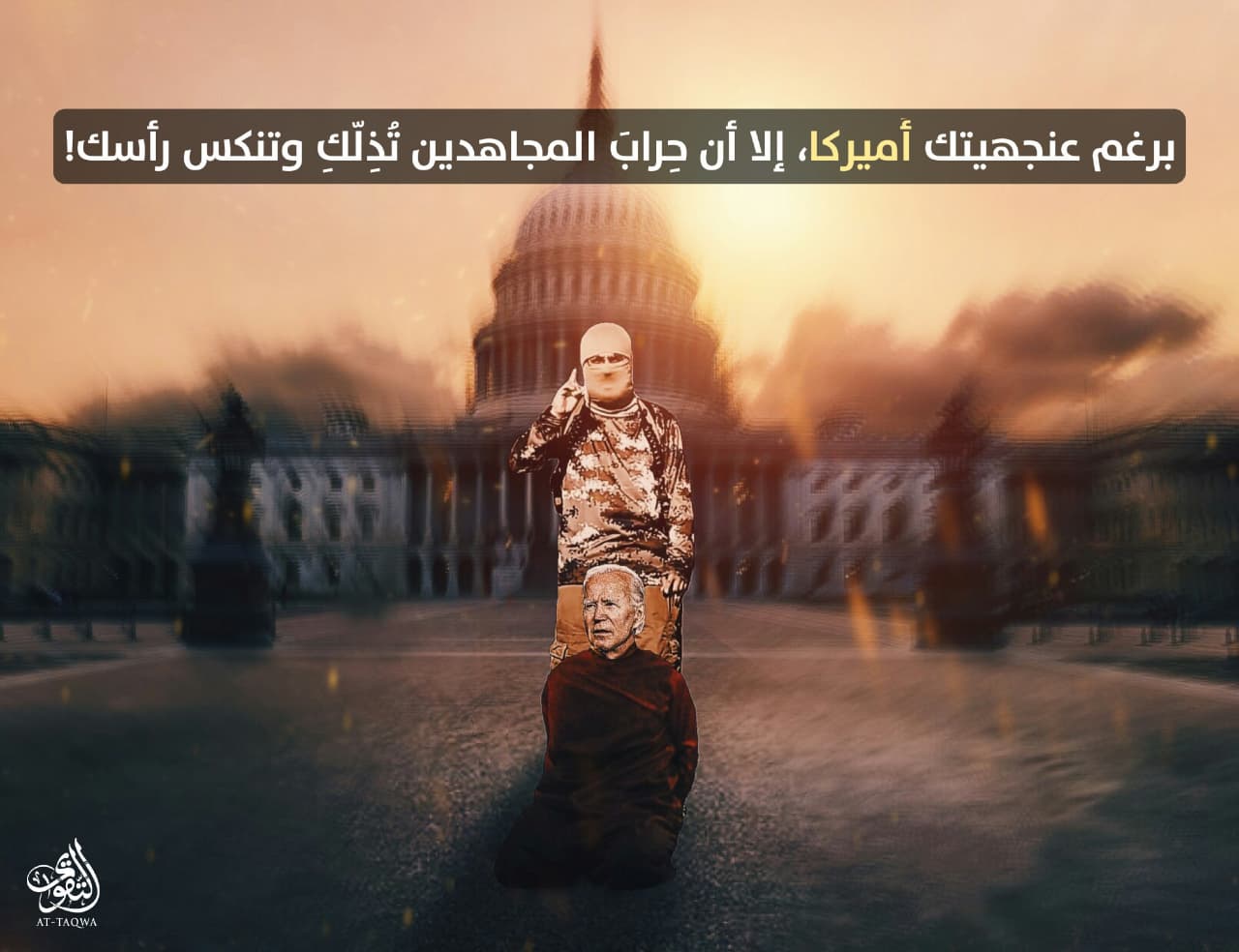 The dystopian image appears to show a masked ISIS jihadi preparing to slaughter the president outside the Capitol.

Biden is pictured kneeling with his hands tied behind his back.

It comes as the conflict between Israel and Hamas continues to escalate as the fighting continues for a second week.

Overnight, 42 Palestinians are reported to have died following an airstrike that crushed three buildings.

The Gaza Health Ministry has put the death toll since the violence erupted at 197 – including 58 children and 34 women. 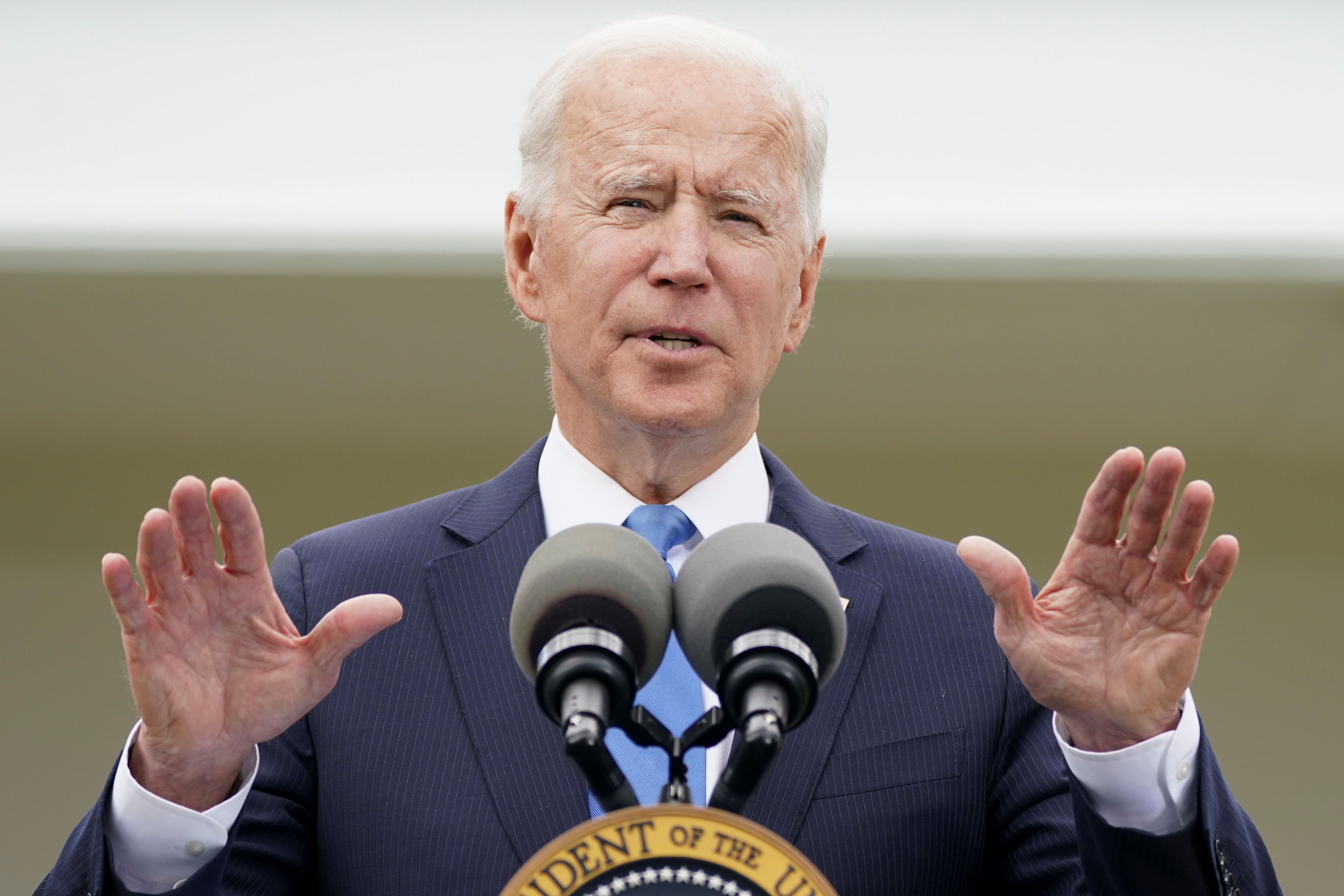 Meanwhile in Israel, ten people – including two children – have been killed.

The Israeli Air Force claims around 3,150 rockets have been fired from the Gaza Strip at the country.

The Israeli military said the fighter jets hit "terror targets" in Gaza overnight in retaliation to rockets being fired at Beersheba and Ashkelon just after midnight.

Hamas claimed the strikes were a "pre-meditated killing".

The UN Security Council met yesterday to discuss diplomatic efforts to end the violence after last night's attack – the deadliest since fighting broke out a week ago. 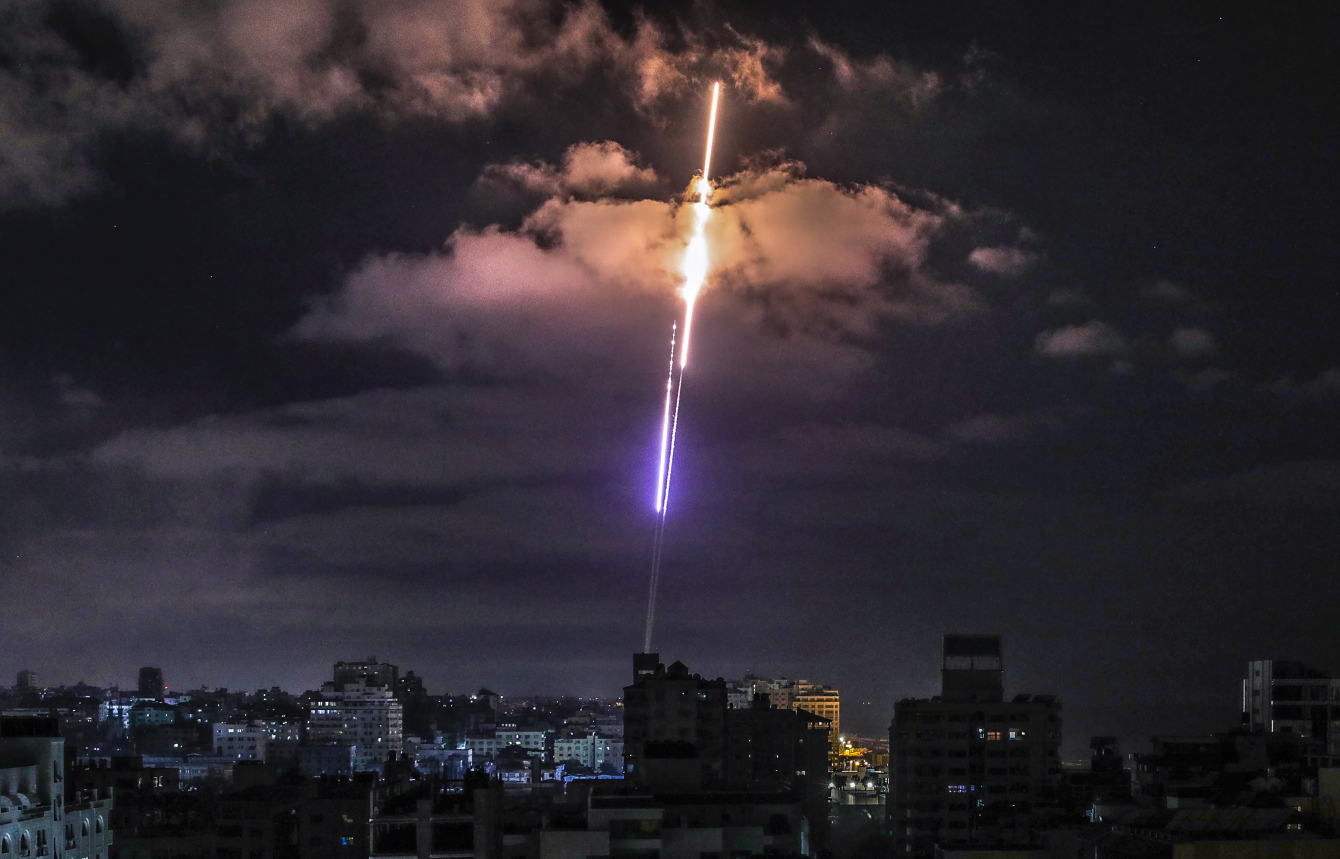 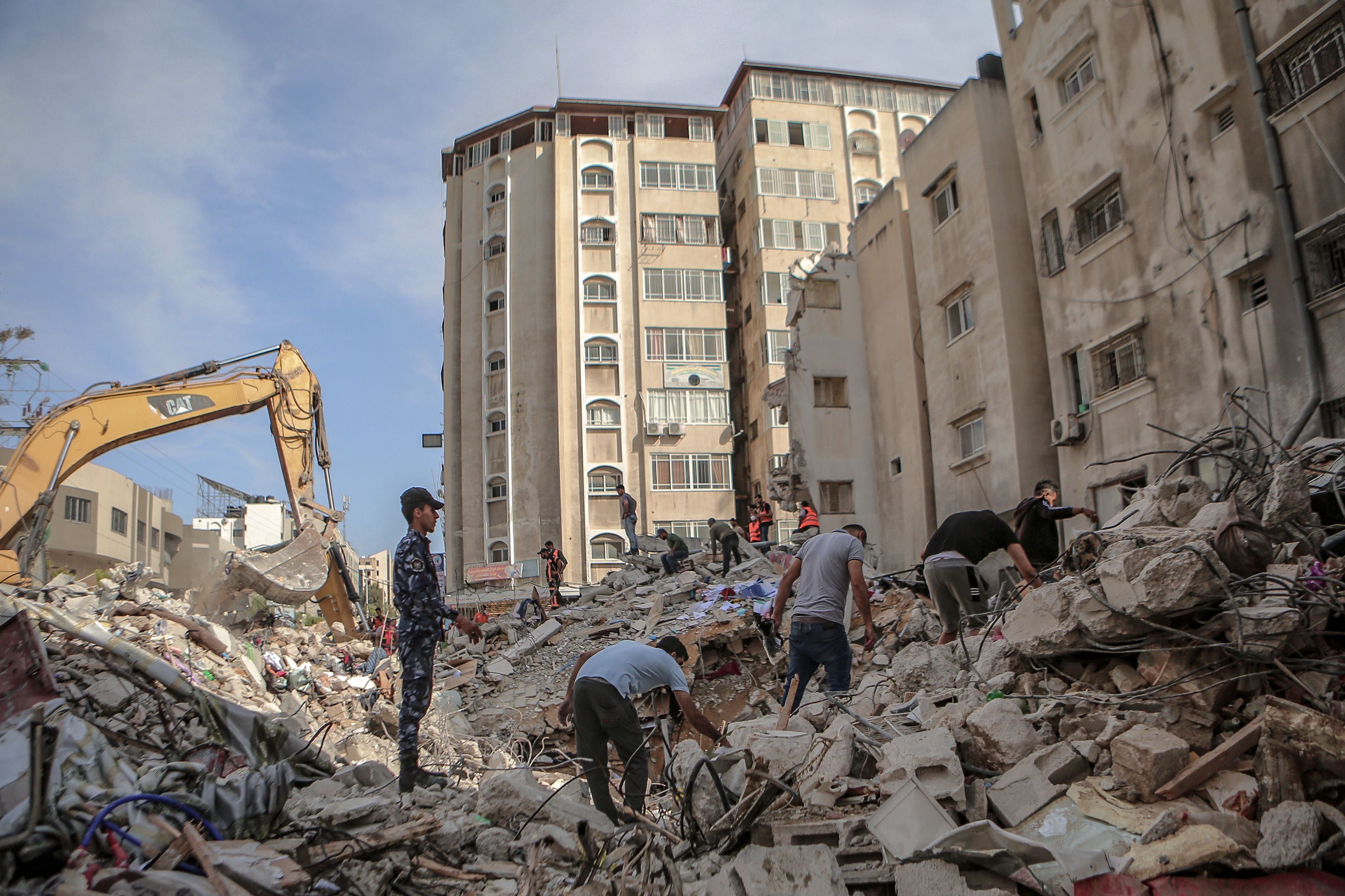 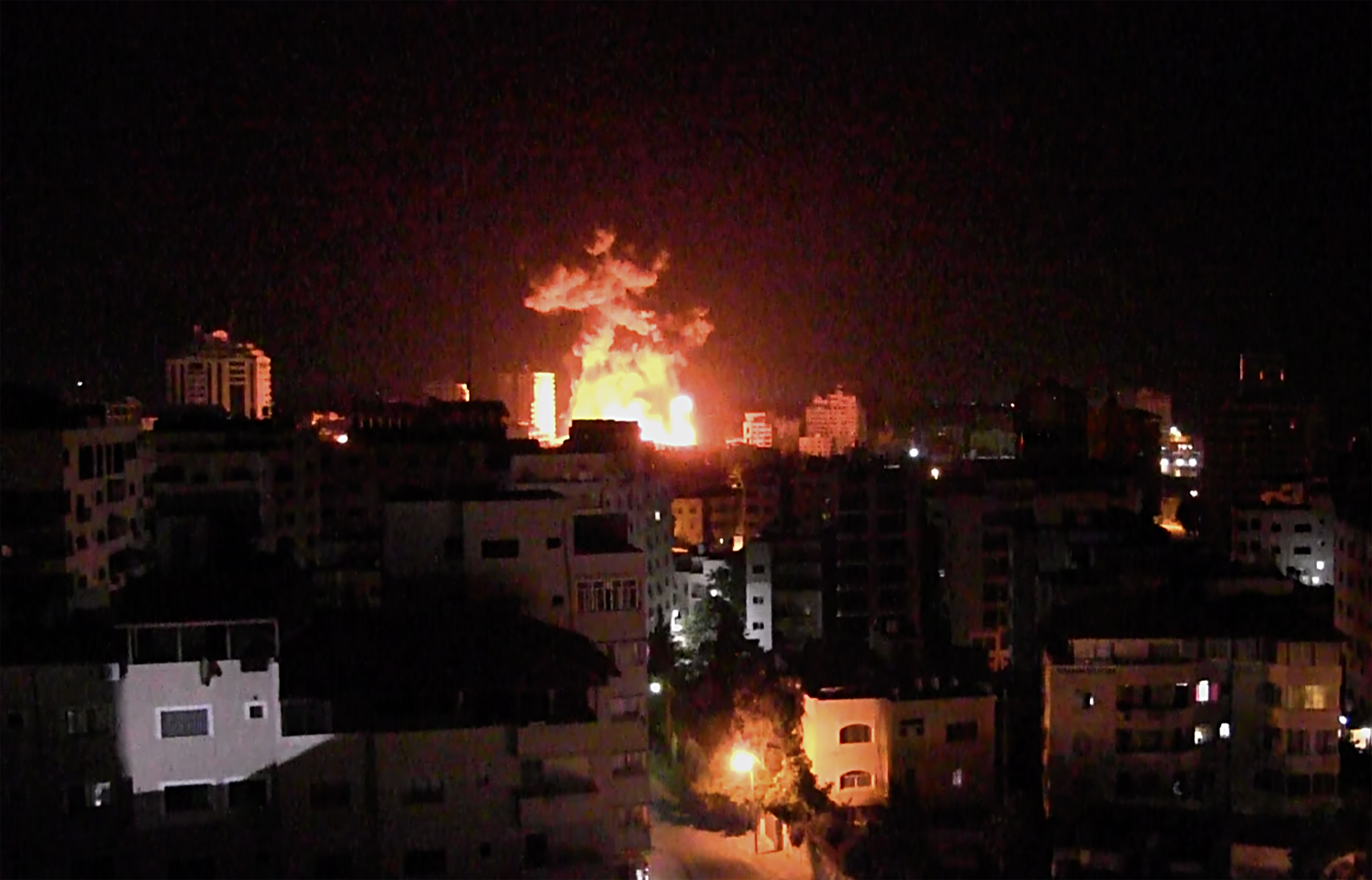 The evidence is said to have been handed over by the Israeli president during his telephone conversation with Biden on Saturday.

A source close to Foreign Minister Gabi Ashkenazi is reported to have said: “We showed them the smoking gun proving Hamas worked out of that building."

He added Biden had “found the explanation satisfactory”, although did not provide details of the evidence.

The source said the information had not been shared more widely because the US had been the only country to request more information on the air strike, according to the Jerusalem Post.

The Israeli Air Force targeted the Al-Jalaa building, where the Associated Press and Al Jazeera news agencies were based, on Saturday afternoon, dropping three bombs which demolished it. 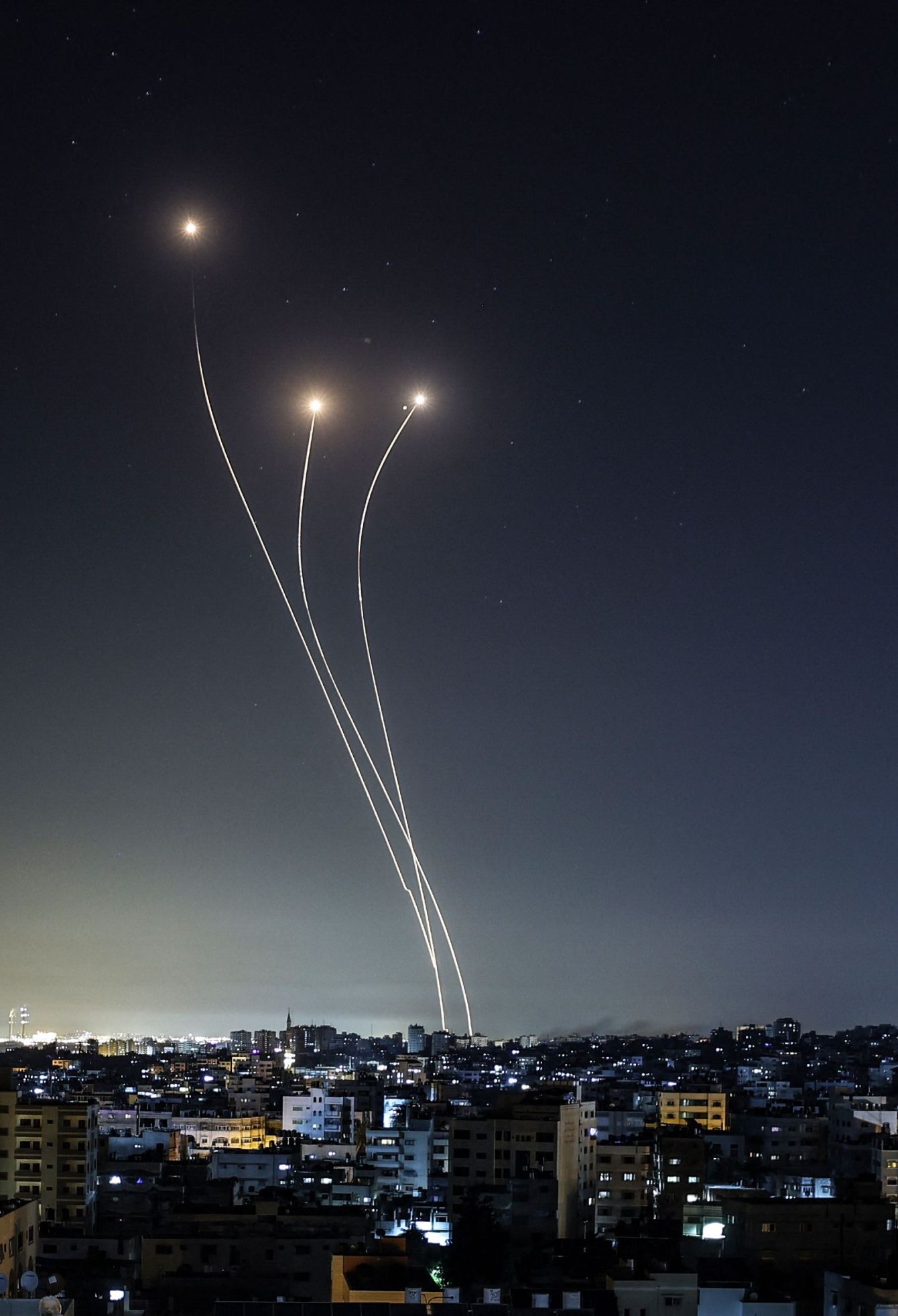 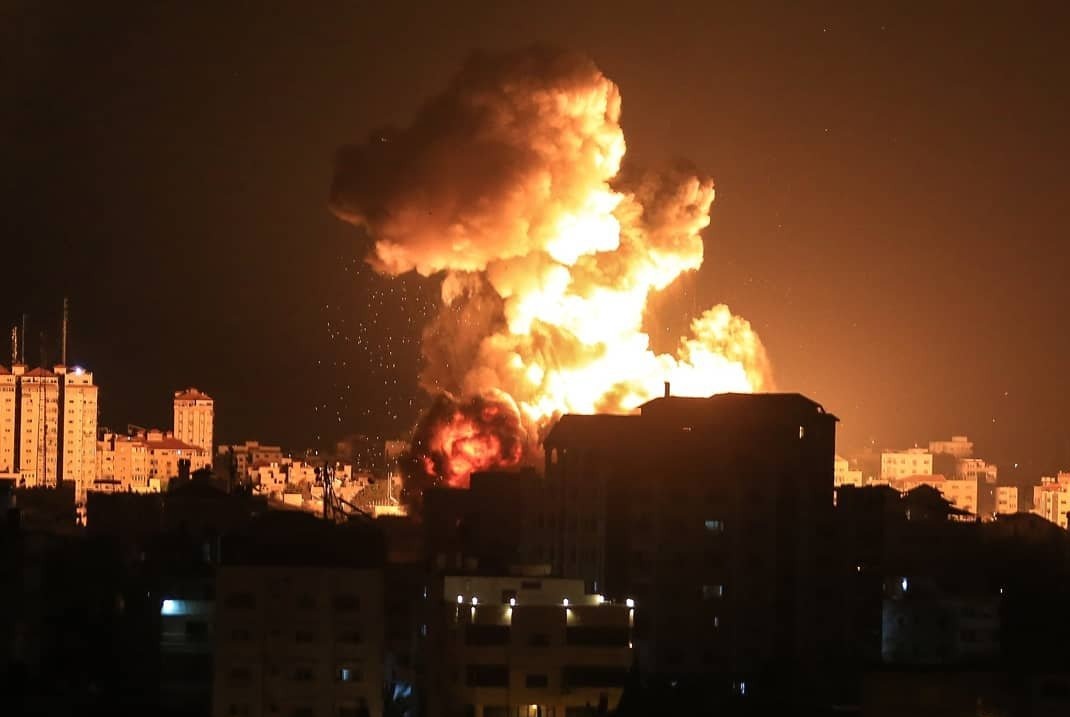 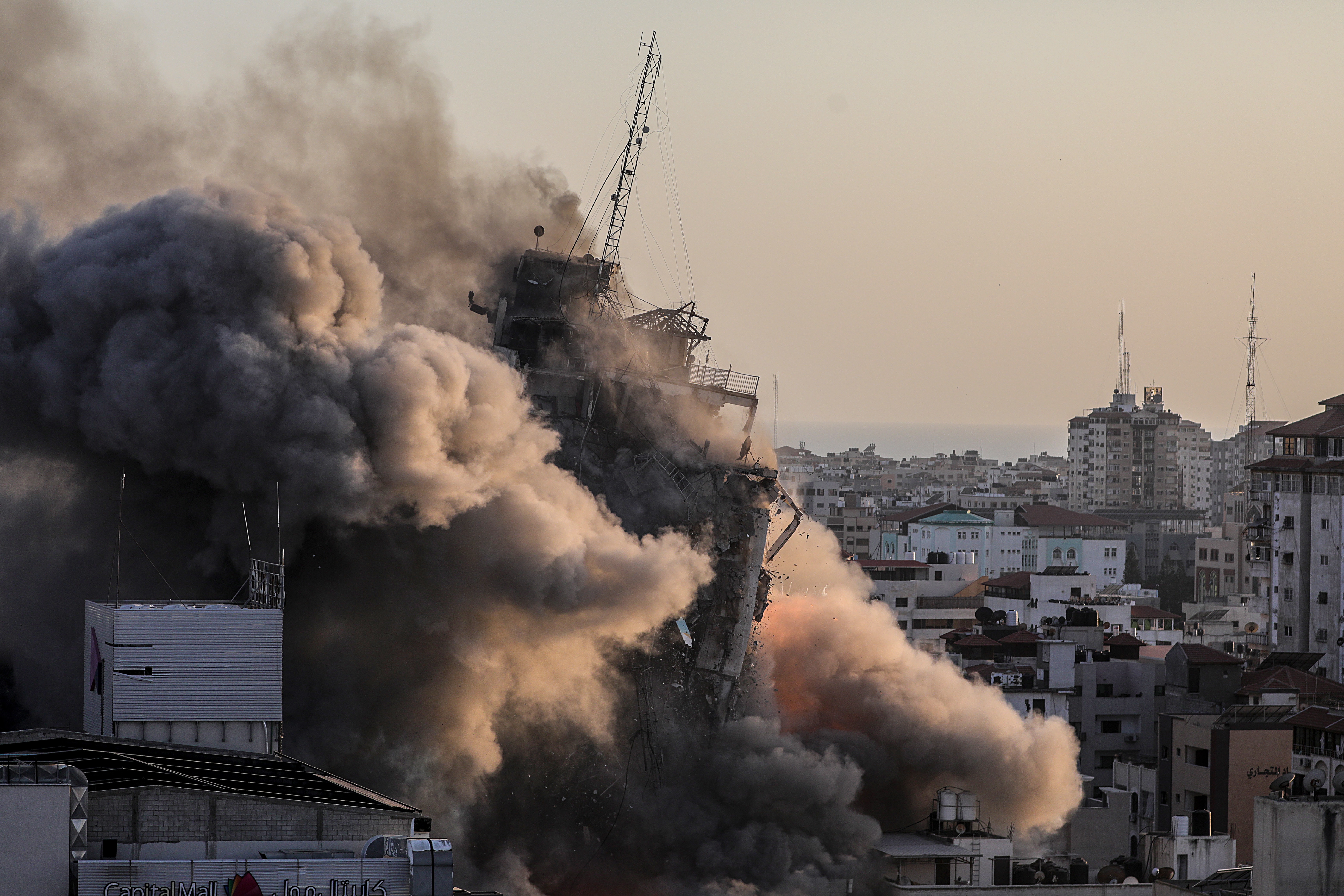 Journalists based there had been given just one hour to evacuate.

Biden stated that he continued to support Israel’s right to defend itself against Hamas but aired concerns over the growing death toll on both sides.

Last week, the president said that Israel did not "overreact" in its response to Gaza airstrikes as defense forces bombarded Hamas with 450 missiles in 40 minutes.

He said: “One of the things I’ve seen thus far is that there has not been a significant overreaction by Israel.

“The question is how they get to a point where there is a significant reduction in the attacks, particularly the rocket attacks that are indiscriminately fired into population centers."

Biden’s approach to the conflict in the region has angered some within his own party as some Democratic congresswomen linked the violence to issues such as racism and illegal immigration.

Congresswoman Ayanna Pressley, of Massachusetts, said: “As a black woman in America, I am no stranger to police brutality and state-sanctioned violence.

“We have been criminalized for the very way we show up in the world.

“Palestinians are being told the same thing as black folks in America: there is no acceptable form of resistance.”

Rep. Alexandria Ocasio-Cortez simply asked the president if Palestinians have a right to survive.