Adam Klotz has your FoxCast.

A low-pressure system and cold front that is slowly moving across the Central U.S. will produce widespread rain and thunderstorms from the Southern and Central Plains to the Mississippi Valley and into the upper Midwest.

The Storm Prediction Center has issued a slight risk of severe weather including hail and strong winds over the Central Plains on Tuesday and Tuesday night.

On Wednesday, the threat shifts southeast to the Lower Mississippi and Tennessee valleys. 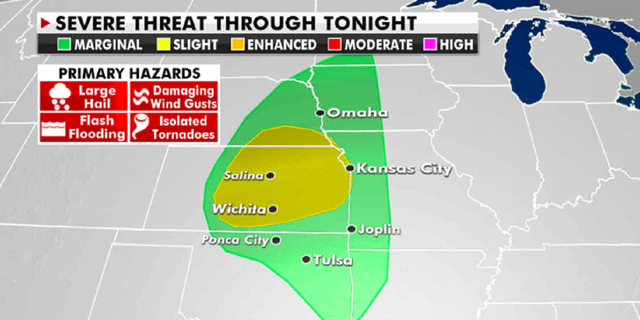 From the Southwest to the Southern High Plains and to the East Coast, warm temperatures are forecast. 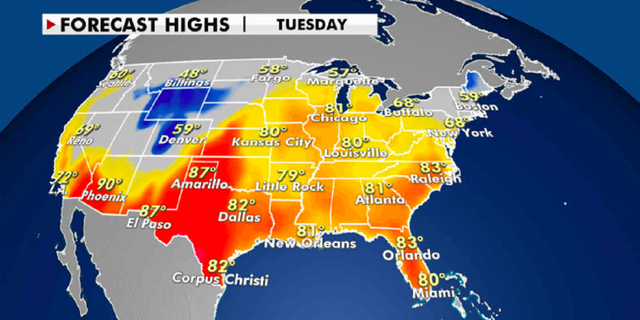 In the Great Lakes and Ohio River Valley regions, highs will be 15 to 25 degrees above normal. 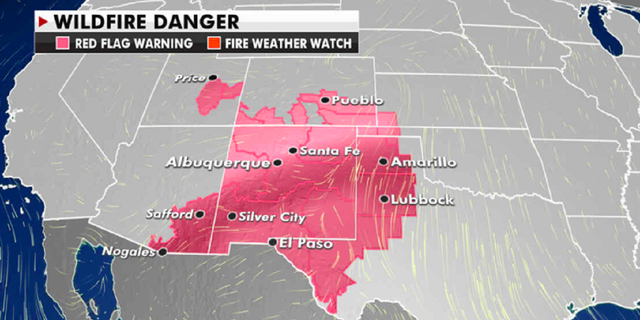 However, this heat combined with dry air and gusty winds has caused an increased wildfire risk in the Southwest.

Red flag warnings for high wildfire danger have been issued over much of New Mexico and west Texas.