Rise of the at-home day traders: Nearly 1.8million adults dabbled in the stock market during Covid for the first time – as Instagram influencers fuel forex craze

Nearly 1.8million Britons have become day traders for the first time during the pandemic in a surge partially fuelled by social media influencers encouraging young people to buy and sell stocks and currencies.

More than a fifth of UK adults have traded shares since the Covid-19 crisis began, with half (50 per cent) of those making money, nearly a quarter (22 per cent) losing cash and another quarter (23 per cent) breaking even.

And many reality TV stars have been used to promote trading software and apps over the past few years, including Geordie Shore personalities Marnie Simpson, Chloe Ferry and Sophie Kasaei – while The Only Way Is Essex star Lauren Goodger had an Instagram post about forex trading banned last week after failing to say it was an advert.

Their involvement has helped boost the number of young people making investments during the pandemic, with many deciding to invest in stocks and shares for the first time while stuck at home during successive lockdowns. 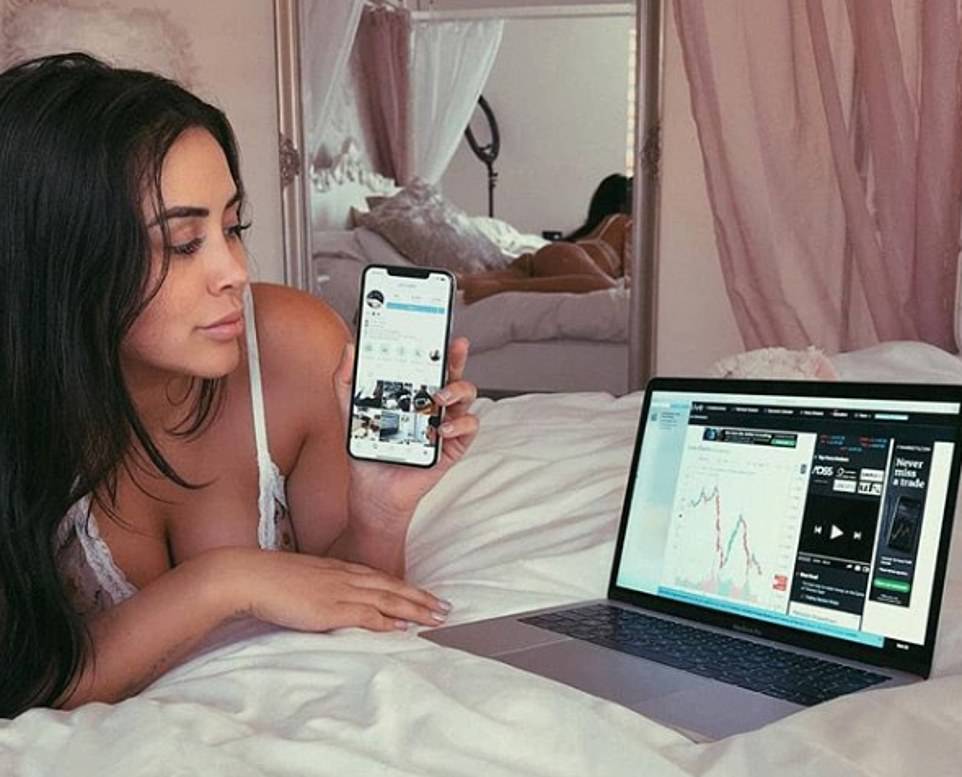 Marnie Simpson from Geordie Shore, who has 4.2million Instagram followers. She posed for an Instagram forex trader called Ash Trades, who is not FCA-authorised, although it wasn’t clear whether she was aware he was unauthorised at the time 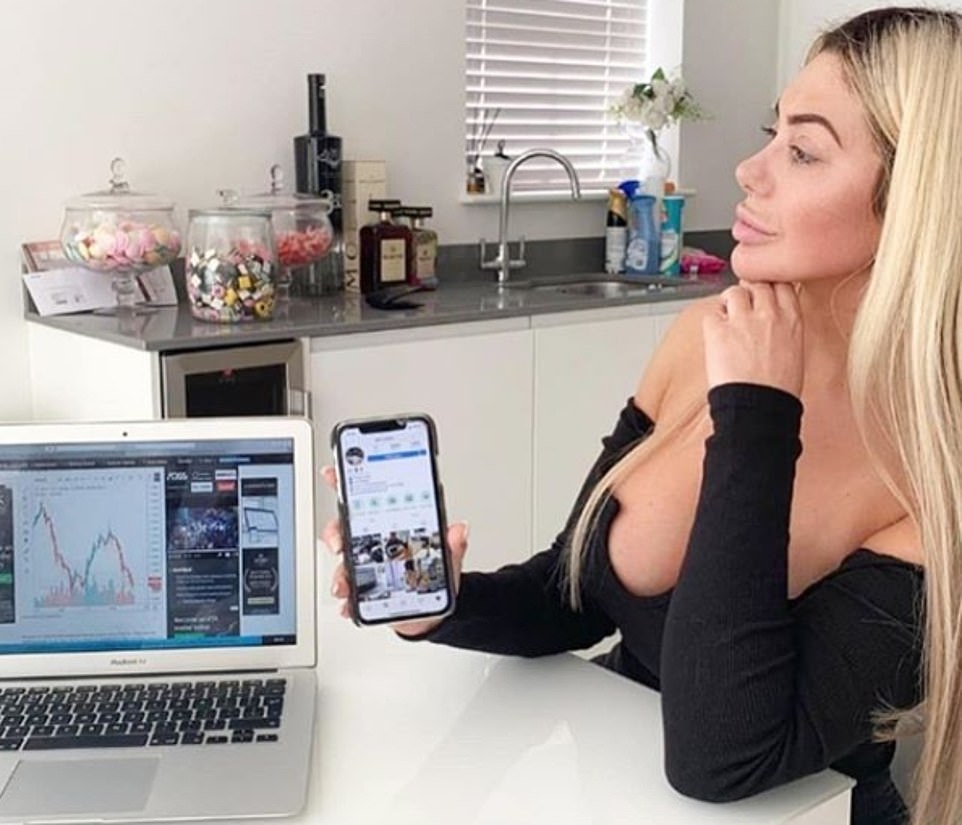 Geordie Shore star Chloe Ferry, who has 3.7million Instagram followers, poses with her phone and a picture of trading charts – again for Ash Trades, who is not FCA-authorised, but it wasn’t clear whether she was aware he was unauthorised at the time

But some celebrities have been accused of making money from naive investors by persuading them to join supposedly legal but unregulated trading groups after posting pictures of flash sports cars and exotic holidays.

A surge in interest in crypto-currencies such as Bitcoin has also played a part in the trend, along with the rise of so-called meme stocks such as GameStop and AMC, which have been especially popular among young investors.

Both American firms saw their shares rocket after ordinary people coordinating online bought huge numbers of shares and drove up prices – partly to catch out hedge funds, many of which have suffered huge losses as a result.

The study on day traders, carried out by research company Consumer Intelligence for New York-based investment firm GraniteShares, also found half of those who traded shares during the pandemic did so for the first time.

In addition, it revealed three in five investors were motivated to begin investing so they could earn better returns than on their cash accounts, while nearly a fifth did so in order to save for a property deposit, reported City AM. 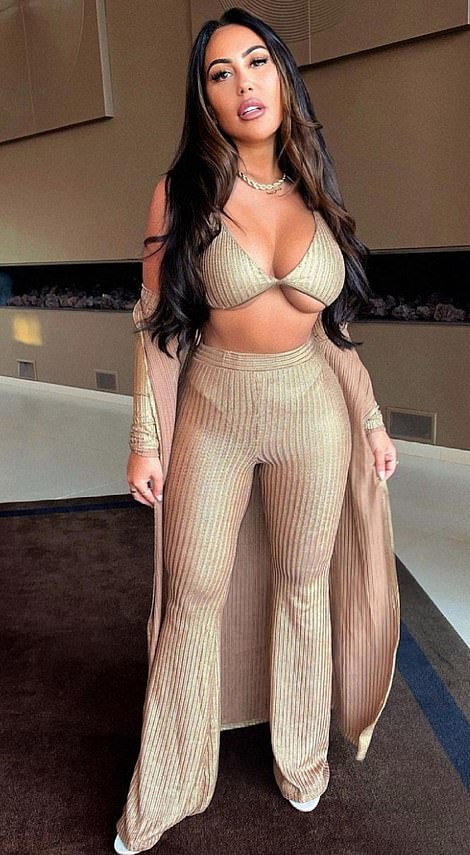 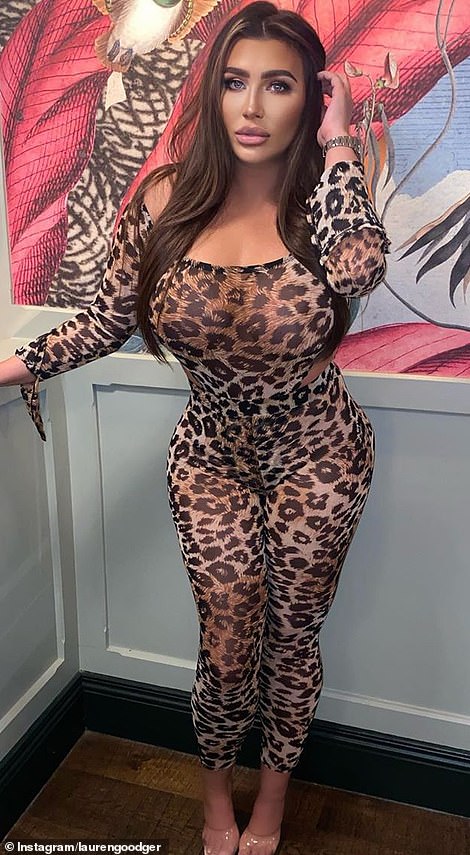 Geordie Shore star Sophie Kasaei (left) promoted a suspected rogue foreign exchange trader called Bethany. Her spokesman said the post went through the ‘usual company checks without any cause for concern’. The Only Way Is Essex’s Lauren Goodger (right) had an Instagram post about forex trading banned last week after failing to say it was an advert

Katie Price’s Instagram followers were conned out of thousands of pounds after she promoted a rogue trader supposedly called ‘Josh Chandler’ to her 2.6million followers. Her team said the star was also conned and had no idea it was a scam

But a similar number said they had done it because they were ‘bored’ or ‘to make money fast’. GraniteShares chief executive Will Rhind said: ‘When or if things return to normal, then the number of traders may fall back.’

Among the amateur investors who lost money would have been those who bought shares in Deliveroo, whose price plunged by a quarter on its stock market debut in March. It floated at 390p and was at about 345p today.

On Monday, Hargreaves Lansdown reported that investors in their 20s have flocked to the investment platform following a surge of interest in the stock market during the pandemic.

Almost one quarter – 55,900 people – of clients added by Hargreaves were younger than 30 during the year to the end of June. The company added a record 233,000 customers overall, taking the total to 1.6million.

Chris Hill, Hargreaves Lansdown chief executive, said the pandemic had triggered a ‘permanent shift in consumer behaviour’ and that ‘younger people now have a greater appetite for investment’. 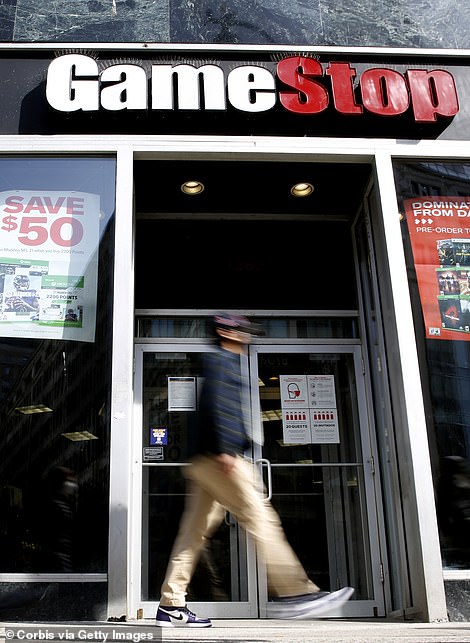 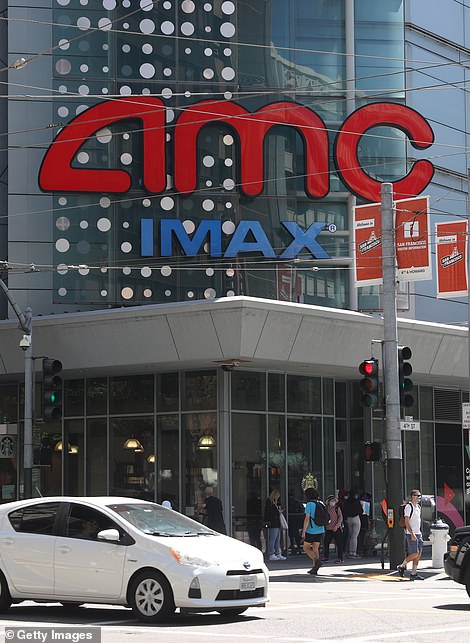 There has been a rise of ‘meme stocks’ such as GameStop and AMC, which have been popular among young investors

It helped to grow the firm’s total assets under management from £104billion to £135.5billion. Annual revenues grew from £550.9million to £631million, while profits dipped slightly from £378.3million to £366million.

Last week a BBC documentary delved into the foreign exchange craze on social media, where slick accounts point to forex trading – betting on the value of a currency going up or down – as a route to earning extra cash.

BBC Three’s Instatraders heard from a woman who claimed she failed to make any money while working for a ‘multi-level marketing’ firm and ‘fed people lies’ to recruit them in order to dodge the hefty membership fees.