A 36-year-old Pennsylvania man is now facing a murder charge Friday after being identified as the gunman accused of shooting and killing another man outside of the iconic Pat’s Steaks restaurant in Philadelphia early yesterday morning.

Paul Burkert, of Reading, is also facing charges of conspiracy and tampering with evidence in the death of David Padro, a 23-year-old from Camden, N.J., police told Fox News.

Tom Francano, general manager of Pat’s Steaks, told the Philadelphia Inquirer that the two men had been arguing partly over football prior to the shooting – and that one of them was an Eagles fan, while the other supported a New York team. 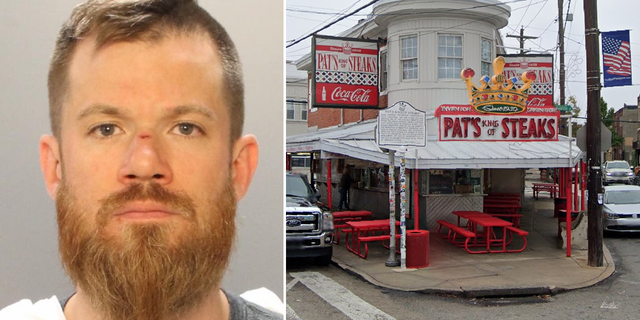 Witnesses that spoke to responding officers around 1 a.m. Thursday say a fight erupted as the two men who were waiting in line at the cheesesteak restaurant, FOX 29 reported. Then Burkert allegedly shot Padro, police say.

He later was pronounced dead at a local hospital.

Investigators managed to track down and arrest Burkert near Independence Hall in Center City after witnesses shared the license plate number of the van he fled the scene in, according to FOX 29.

The driver of that vehicle has still not been found.