A drive-by shooting outside a pool hall in Melbourne’s outer west has left one man dead and another seriously injured.

A number of shots were fired from a moving vehicle outside the All Star Lounge on Westwood Drive in Ravenhall at around midnight on Saturday, police said.

Homicide Squad detectives and local police were on scene on Sunday morning and had cordoned off the area. 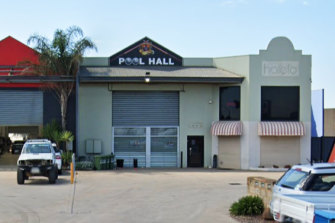 The All Star Lounge pool hall in Ravenhall.Credit:Google maps

The injured man was taken by emergency services to hospital and remains in a serious condition.

Another man presented to hospital with life-threatening injuries and since died.

Police said they have yet to arrest anyone and their investigation into the incident is ongoing.