Ho-ho-ho! It's the Duke of Sussex — dressed as Santa Claus.

Harry opened the video with a hearty "ho-ho-ho" before sharing a sweet one-minute message with the kids. While Harry wasn't at their party, which took place on a boat on the River Thames in London, the video message was played, much to the delight of the children. 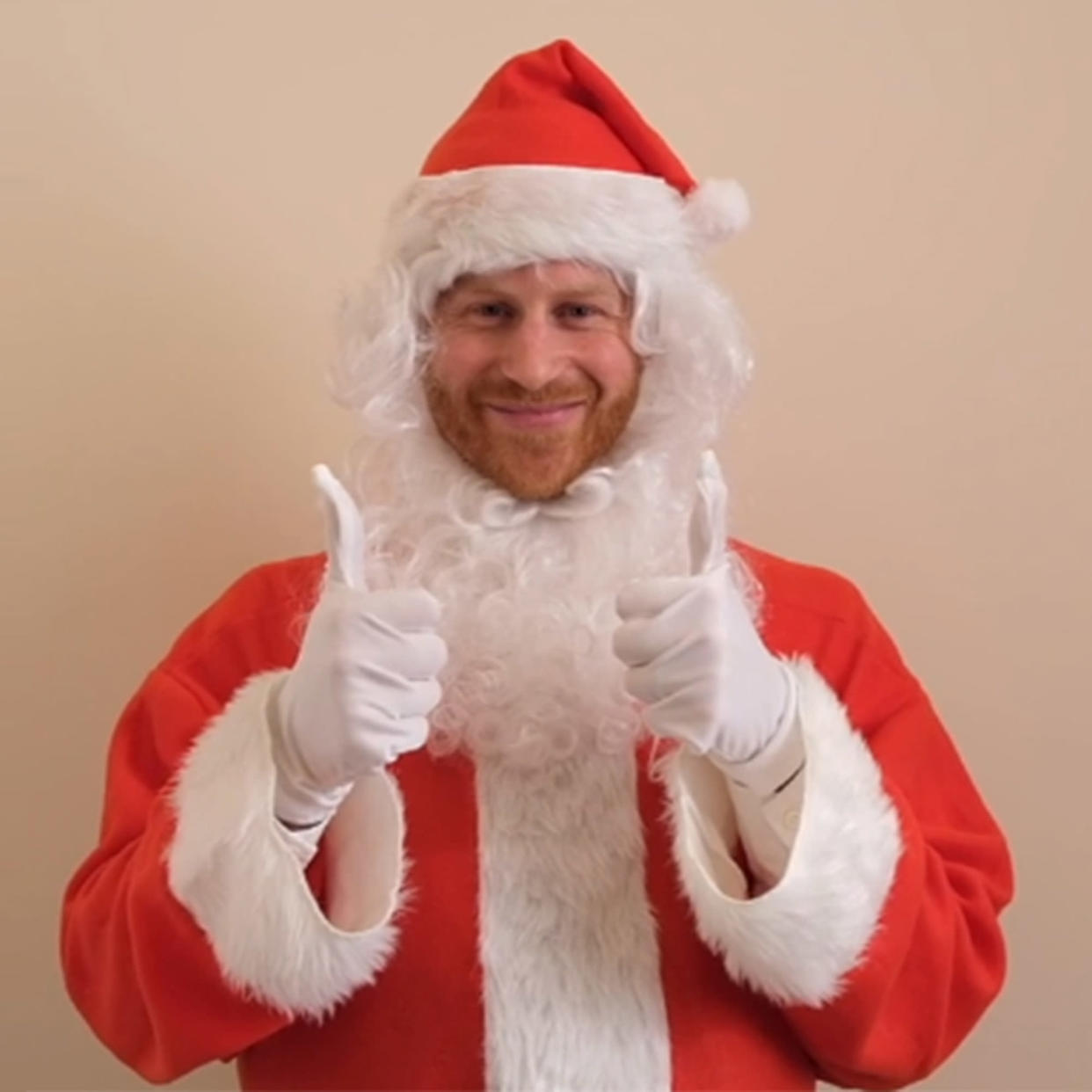 He also encouraged the kids to have a jolly good time.

"I hear there is 190 of you there this year so please cause as much chaos as humanly possible!" he said.

While there was no mistaking who was hiding behind that beard, Harry ended the message by pulling it down to reveal his face. He smiled, wished everyone a "fantastic Christmas and happy New Year," and flashed two thumbs up.

This story was originally published in December 2019 and has been updated.