It started out as a normal day for Vinod Menon, professor and chair of physics at City College of New York in Harlem. He was back to in-person teaching and went to the school's physics office on September 1 to find a pile of mail had accumulated. Most of it was junk, he said – but there was also a box.

"I opened it, there was a letter inside that said wonderful things about the education this person had received," Menon told CBS News. "That person wanted to give back in some way."

The letter writer was anonymous – only identifying themselves as a City College student from "long ago" who also went to Stuyvesant High School, one of the New York City's elite, competitive high schools. The person said they got undergraduate and master's degrees at the college, and ended up getting a Ph.D. in physics and astronomy. But the school still couldn't place the person using the information they had, Menon said.

The box was heavy and Menon dug inside. "I removed the bubble wrap and there was all this cash staring at me," he said. "I had never seen money like that ever in my life except for in movies, so I was quite shocked."

Menon immediately closed the package and called the dean of sciences. "She came down, we opened the box again, took the money out and counted," Menon said. It was $180,000 in cash. 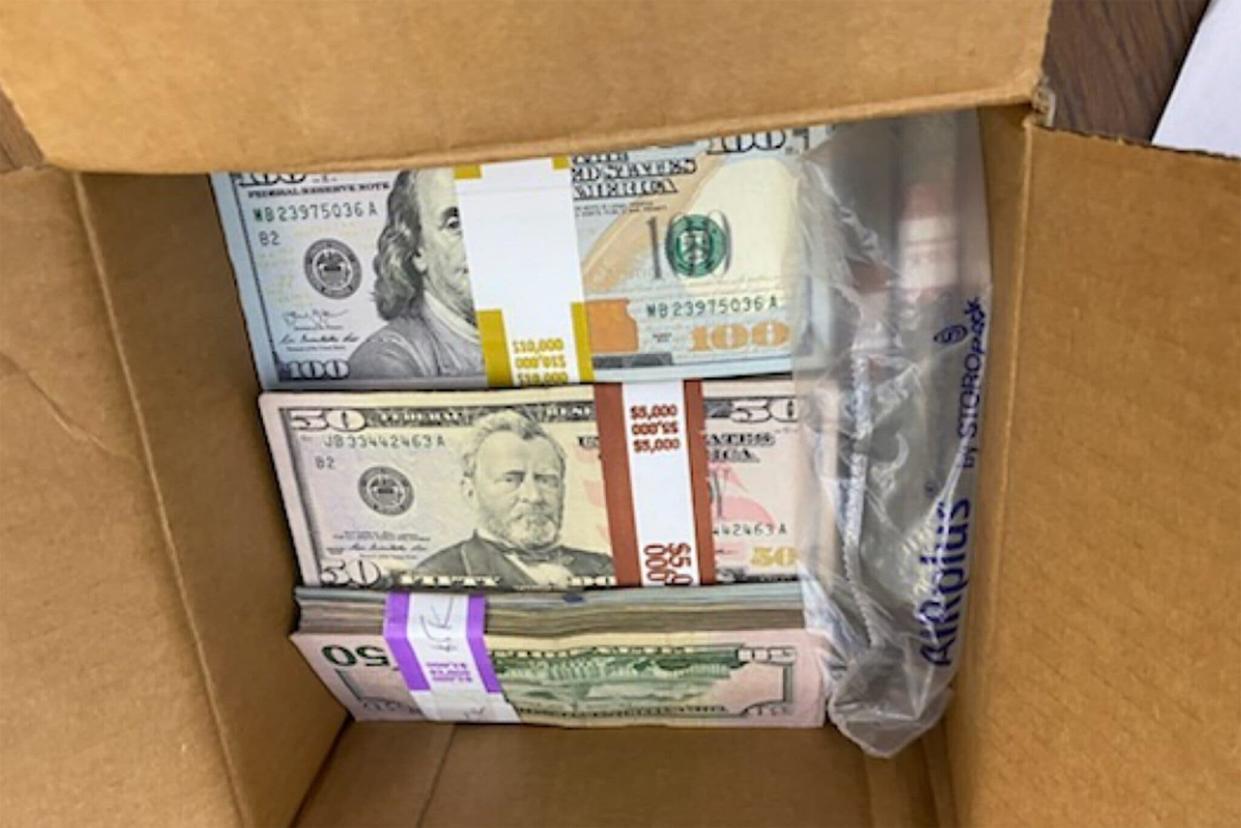 They called security and City College foundation, which handles donations to the school. The school decided to launch an investigation, involving the New York Police Department and FBI.

"That's when it left our hands," Menon said. "I was getting occasional emails updating me on how things were going and maybe a month or two later, I came to know that the FBI cleared the money and there was nothing wrong with it, it wasn't illegal or anything, so the college can keep it."

First, the school's board of trustees had to determine the fate of the money. They passed a resolution that the science department could keep the money, and Menon said the current plan is that it will be used for a scholarship.

The cost of in-state tuition at the college is $7,500 a year, so the $180,000 can cover more than a decade of tuition for two students. Menon says they hope to come up with a creative name for the scholarship program.

"Now that the news has become public, I would say one of the highlights has been receiving emails from alumni and students, who were my own students over the last couple of years, telling me how they are a proud City College alumni, and while they may not have $180,000 to spare right now, they do value the education they received here and they are thankful for that," Menon said.

The professor said he hopes the anonymous donor knows how thankful he is. "The fact that the person wanted to give back to the college that gave them the opportunity to get to where they are today, and as a City College faculty member, I am really honored the person picked City College," he said.

"On the Road with Steve Hartman: Home for the Holidays"