Two things happened at Brittney Griner’s preliminary hearing in Russia on Monday: A Moscow court set the start date for her trial for Friday and extended Griner’s detention by six more months, according to the Associated Press.

This is the fourth time Griner’s pre-trial detention was moved after already being extended to Saturdaybefore her court date was set. Now, she’ll be detained throughout the course of the trial.

The Phoenix Mercury star was arrested at a Moscow airport on Feb. 17 for alleged cannabis possession after officials said they found vape cartridges with hashish oil in her luggage. Griner, 31, could face 10 years in prison if convicted of large-scale transportation of drugs. 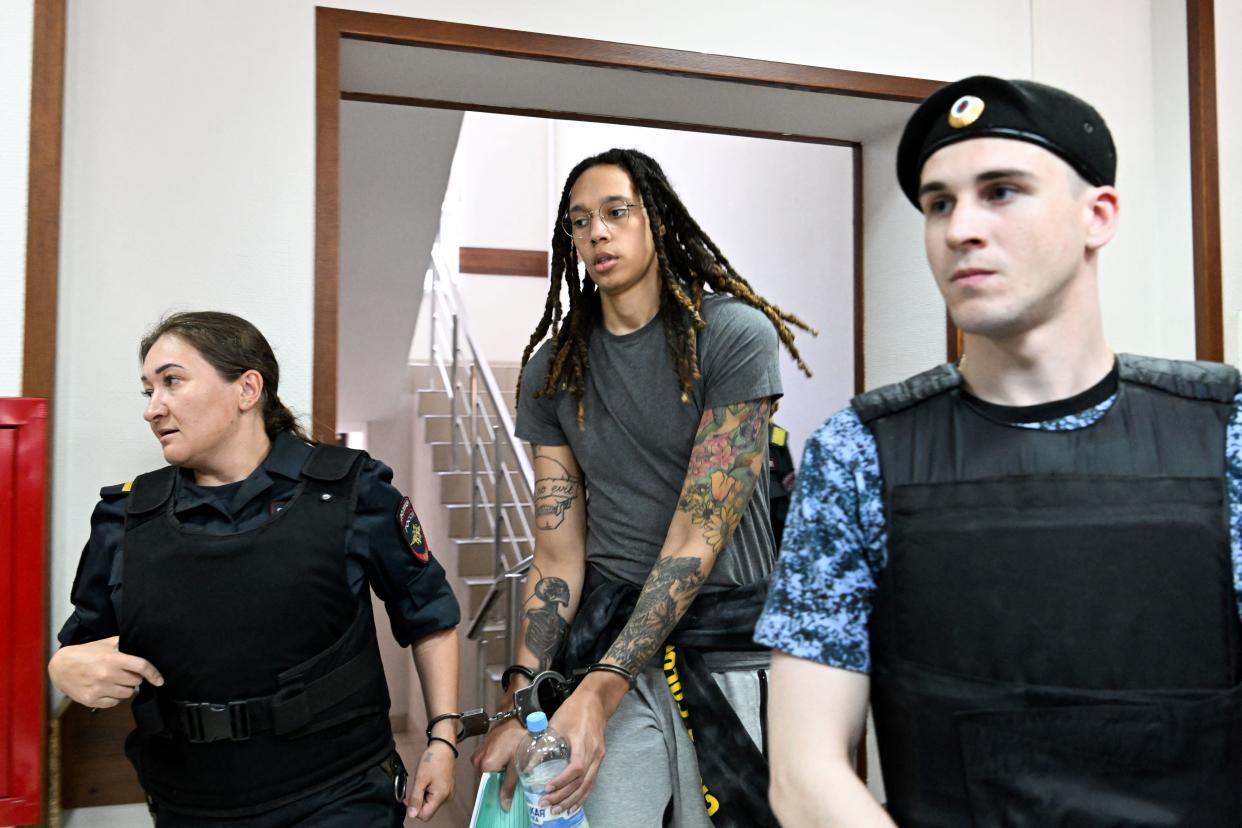 Griner’s possible path back to the United States

After months of speculation, the United States declared Griner “wrongfully detained” by the Russian government in early May. This set into motion the possibility of Griner’s release through negotiations between the U.S. and Russia. The same negotiator who helped free former Marine Trevor Reed from Russian imprisonment this April, Roger Carstens, is also leading the team in charge of Griner’s release.

Monday’s hearing complicated things. Russian state media reported the government would free Griner in exchange for convicted arms trafficker Viktor Bout, also known as the “Merchant of Death.” Bout was arrested in Thailand in 2008, extradited to the U.S. and sentenced to 25 years for conspiracy to kill U.S. citizens, delivery of anti-aircraft missiles and providing aid to a terrorist organization.

Carstens declined to comment following the report of a Bout-Griner swap.

There has also been speculation that the U.S. could trade Bout for Griner and former Marine Paul Whelan, who was sentenced to 16 years in a Russian prison on espionage charges in 2018.

U.S. Secretary of State Antony Blinken refused to disclose information about possible negotiations for either Griner or Whelan when asked by CNN’s Jake Tapper on Sunday.

“As a general proposition, Jake, I’ve got no higher priority than making sure that Americans who are being illegally detained in one way or another around the world come home, and that includes Paul Whelan and that includes Brittney Griner. That includes people in a number of other countries,” Blinken said. “… I can’t comment in any detail on what we’re doing except to say this is an absolute priority.”

Griner has been detained with minimal communication via email. The U.S. embassy failed to set up Griner with a phone call with her wife, Cherelle, last week. On Friday, the House passed a bipartisan resolution calling on Russia to release Griner and provide her with access to the U.S. consulate during her detention.

“Not a day goes by that we aren’t thinking of Brittney and working to get her home,” Rep. Greg Stanton (D-Ariz.) said in a statement. “We will continue to push for her release and make sure that she is not forgotten.”