Senators pressed intelligence officials Thursday about why the Biden administration will not facilitate the transfer of Soviet-era planes to Ukraine as it fends off an invasion from Russia.

On Tuesday, Poland announced it was ready to transfer 28 MiG-29 fighter planes to the U.S. with the understanding that they would be handed over to Ukrainian pilots.

Ukrainian President Volodymyr Zelensky openly pleaded for the planes, and the U.S. initially appeared to agree to their transfer directly from Poland. But after Poland abruptly said it would not transfer the planes to Ukraine, but to a U.S. air base in Germany instead, the White House and Pentagon rejected that option, saying that Russia might deem the move an escalation in the war and that the planes were not necessary.

But as the invasion continues, and casualties mount, Democrats and Republicans in Congress have increasingly challenged the decision and are urging the administration to help facilitate the transfer of MiG-29s to Ukraine from Poland and other countries that still use the aircraft.

Sen. Tom Cotton (R-Ark.) pressed Director of National Intelligence Avril Haines on Thursday on why she believes that Russia doesn’t view the U.S. and its NATO allies providing antiaircraft and antitank weapons to Ukraine as an escalation, but would see providing the country with planes that way.

“I don’t see a lot of common sense between this distinction,” Cotton said.

Cotton and other senators on the Senate Intelligence Committee questioned whether the Biden administration was pushing the intelligence community to give it political cover for not facilitating the fighter jet exchange and asked why it would be OK if the planes came directly from Poland without the U.S. as a middleman.

Haines acknowledged the question of what could escalate the conflict was a fine line to tread but added that the administration's decision fits the most recent intelligence.

“We’re in a very challenging position, right, where we are obviously providing enormous amounts of support to Ukraine as we should and need to do, but at the same time trying not to escalate the conflict into a full-on NATO or U.S. war with Russia,” she said. 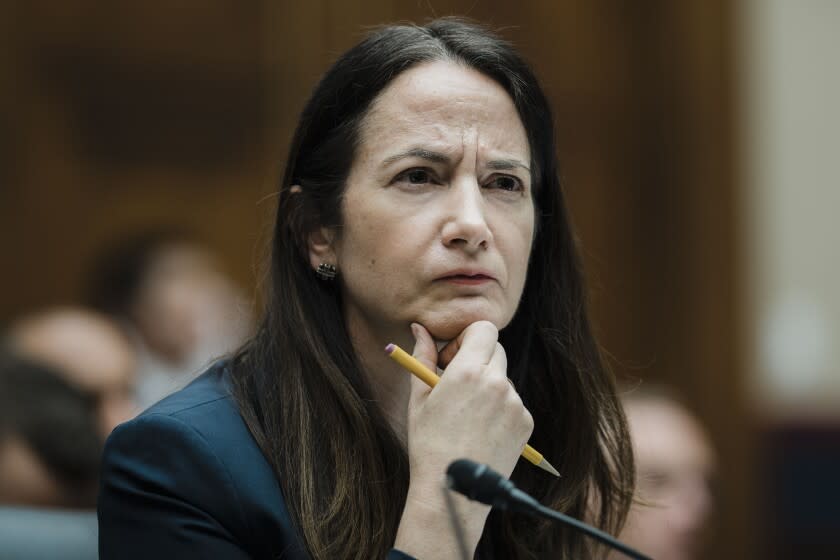 Defense Intelligence Agency Director Lt. Gen. Scott Berrier said that the greatest needs right now in Ukraine are humanitarian aid, small arms, artillery and rockets. And he contended that Russia sees a distinction between the transfer of planes and that of antiaircraft or antitank weapons.

"I do believe that there is an escalation ladder, and there's a difference between an antitank weapon, shoulder-fired kind of weapon, and a combat aircraft with a jet that can cross the border and actually conduct operations on Russian soil," he said.

There are subtle, clandestine ways to get these planes to Ukraine without getting the U.S. involved, Sen. Ben Sasse (R-Neb.) said.

Haines also told lawmakers Thursday that Ukraine is not pursuing biological or nuclear weapons, a claim that U.S. officials have described as part of a broader Russian campaign of disinformation.

“We do not assess that Ukraine is pursuing either biological weapons or nuclear weapons, which have been some of the, basically, propaganda that Russia is putting out,” Haines said.

On Wednesday the White House and Pentagon similarly dismissed Russian allegations, which have been echoed by Chinese officials, that the U.S. is developing chemical and biological weapons in Ukraine.

U.S. officials have warned that such claims are often used by Russia as justification for its own use of biological weapons.

"Now that Russia has made these false claims, and China has seemingly endorsed this propaganda, we should all be on the lookout for Russia to possibly use chemical or biological weapons in Ukraine, or to create a false flag operation using them. It’s a clear pattern," White House Press Secretary Jen Psaki said in a tweet Wednesday.

Ukraine has a dozen biological research labs focused on medical countermeasures such as containing pandemics or disease outbreaks, Haines said. The U.S. assists with health and safety in those labs, as it does in other countries, she said.

“Frankly this influence campaign was completely consistent with long-standing Russian efforts to accuse the United States of sponsoring bioweapons work in former Soviet" republics, Haines said. “This is a classic move by the Russians.”

National Security Agency Director General Paul M. Nakasone helped explain one of the lingering questions about Russia's strategy in its invasion of Ukraine: Why is it not engaging in more cyberattacks on Ukrainian infrastructure?

Ukraine has experienced three or four cyberattacks, according to Nakasone. He said it could be partly a strategic move by Russia, but also that the United States helped harden Ukrainian cyber networks in the years before the war began.