SEVEN men fought each other with a machete and bat during a terrifying street brawl, shocking footage shows.

Some were thrown to the ground before getting back up to carry on the fight, while others were repeatedly punched and pushed away. 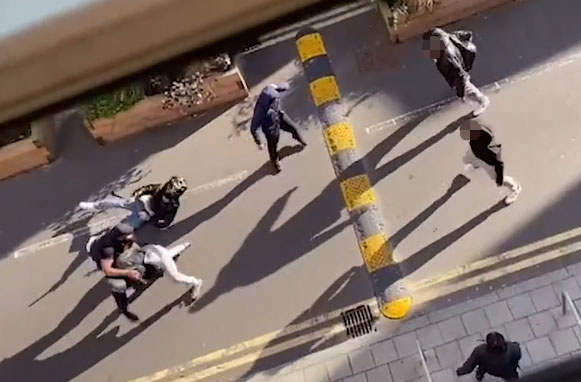 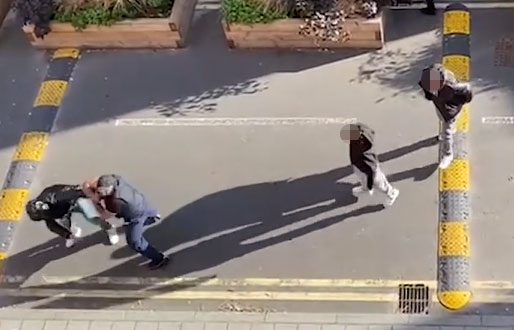 One man tried to throw a punch but missed his hooded target completely during last week's incident in Tower Hamlets, East London.

But another fought off several armed men at once. He knocked one man to the ground as another came up to attack him from behind.

The attacker lost his weapon and it went flying off down the road, before he was tackled to the ground too.

The man who was originally thrown to the floor then got back up and tried to hit him with his weapon from behind. 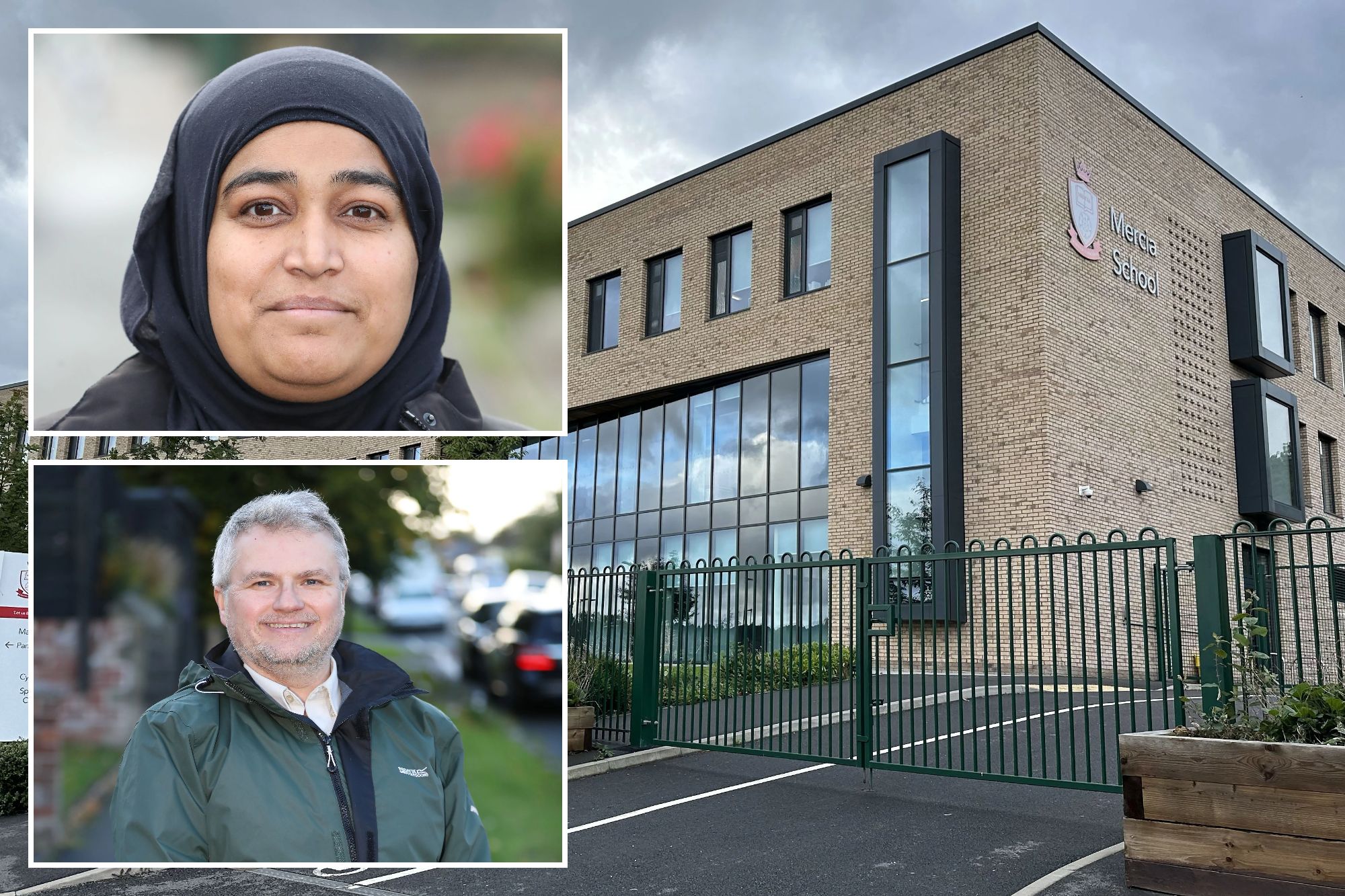 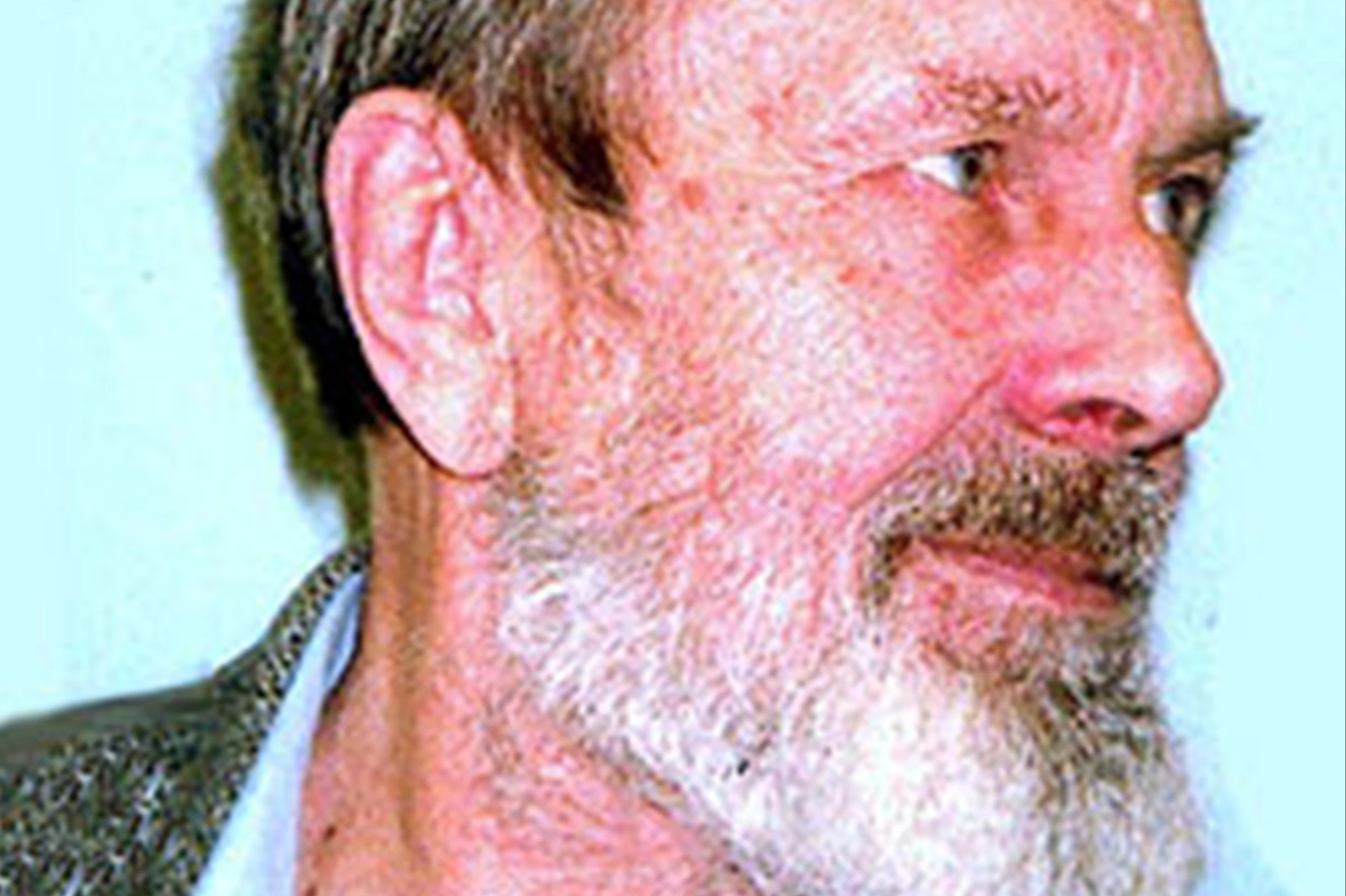 But he was repeatedly punched in the neck, face and torso before being chased off down the street.

The group continued to square up to each other further up the road with the occasional punch being thrown.

One of the men then walked off back down the road by himself.

Another clip then shows armed police on the scene, with three men lying on their front on the pavement.

Two officers pointed their gun towards the men, and another pinned one of the group down.

Three men were arrested but later released with no further action.

A Met Police spokesman said: "Police were called at 16:28hrs on Thursday, 29 September to Barry Blandford Way E3 to reports of a disturbance involving a group of youths.

"Three males were detained and arrested on suspicion of possession of an offensive weapon.

"A machete was recovered. There were no reports of any injuries.

"They were later released with no further action." 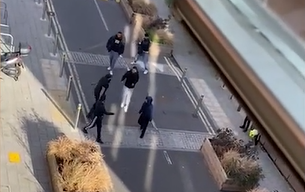 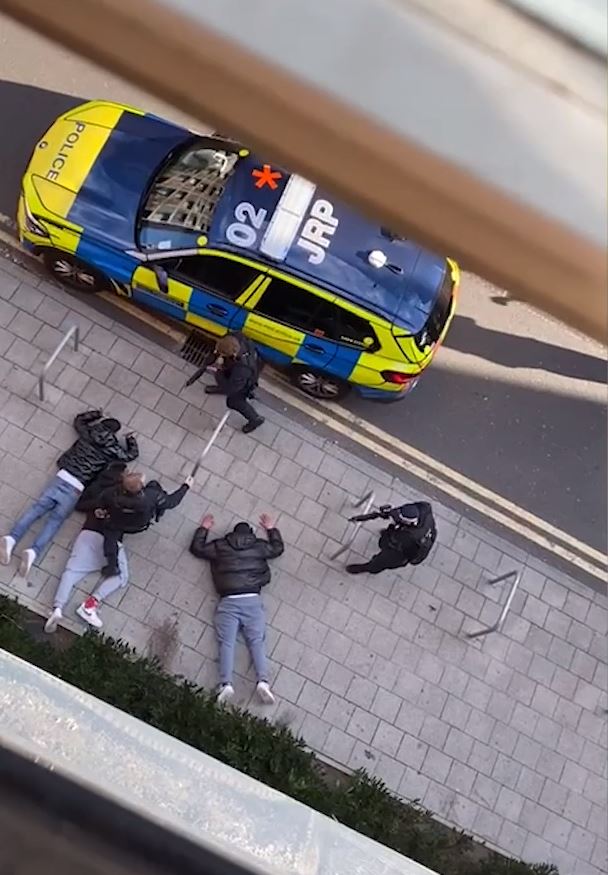