A former stripper who claims Prince Harry handed her his underwear during a night out in Las Vegas will be auctioning the garment off to the highest bidder.

She claims she was given the memento on the same night Prince Harry infamously stripped down to his crown jewels and was photographed hugging a woman in his VIP Las Vegas suite while totally naked in 2012.

British-born Carrie’s representative said Prince Harry had become a ‘bore’ in recent years, but that the pants served as a reminder of his wild past.

‘When he partied in Vegas, everyone loved him and his sense of fun. 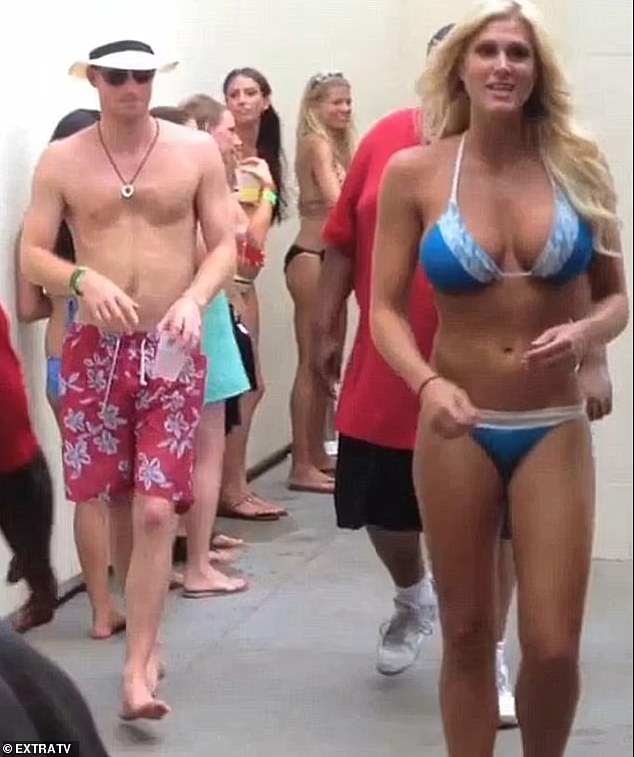 Prince Harry was infamously caught on camera at a raunchy party in Las Vegas in 2012, in which he stripped down to his crown jewels while allegedly singing Michael Jackson’s ‘Beat It’ and playing air guitar with a pool cue 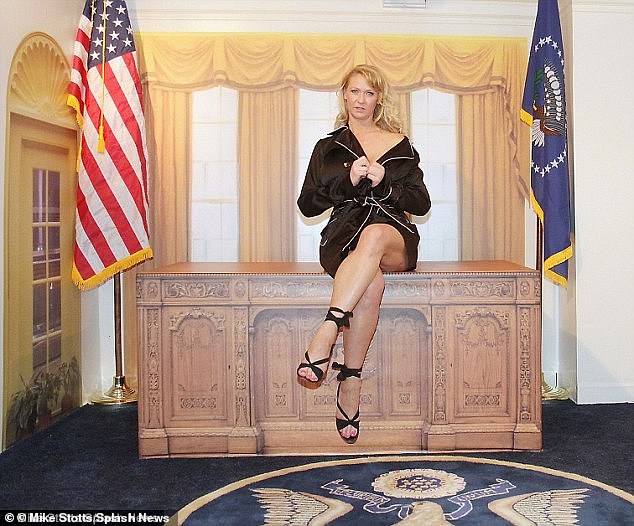 ‘At least these pants are a reminder of what he used to be like… when Harry was the fun prince’, the former stripper’s representative said, according to The Mirror.

The statement continued: ‘Harry has become such a bore, it’s a real shame.

‘He’s all po-faced and serious these days.

‘Even as a married dad of two, he should still let his hair down now and again – what’s left of it anyway.’

Carrie will also be auctioning off the dress and swimsuit she wore to the 2012 Las Vegas bash, and she believes the raunchy items could sell for £800,000.

The former stripper used to charge £4,000 for a single session with clients.

She said when she entered Prince Harry’s exclusive party at the Encore at Wynn Las Vegas hotel in August 2012, he was already naked.

According to her account, the Duke of Sussex was using a pool cue as an air guitar while belting out Michael Jackson’s ‘Beat It’ – using just a glove to hide his genitals from fellow revellers.

Carrie’s account contrasts sharply with Prince Harry’s current-day persona, with the Duke of Sussex having given a solemn speech earlier this week to the United Nations in which he urged global leaders to take more action against climate change.

California-based Prince Harry, 37, has two children – Archie and Lilibet – with his wife Meghan Markle, the Duchess of Sussex.