TEACHERS may not get bumped up the Covid vaccine priority list in the next phase of the programme.

Instead, the rollout may focus on age and ethnicity as the most important factors, reports claim. 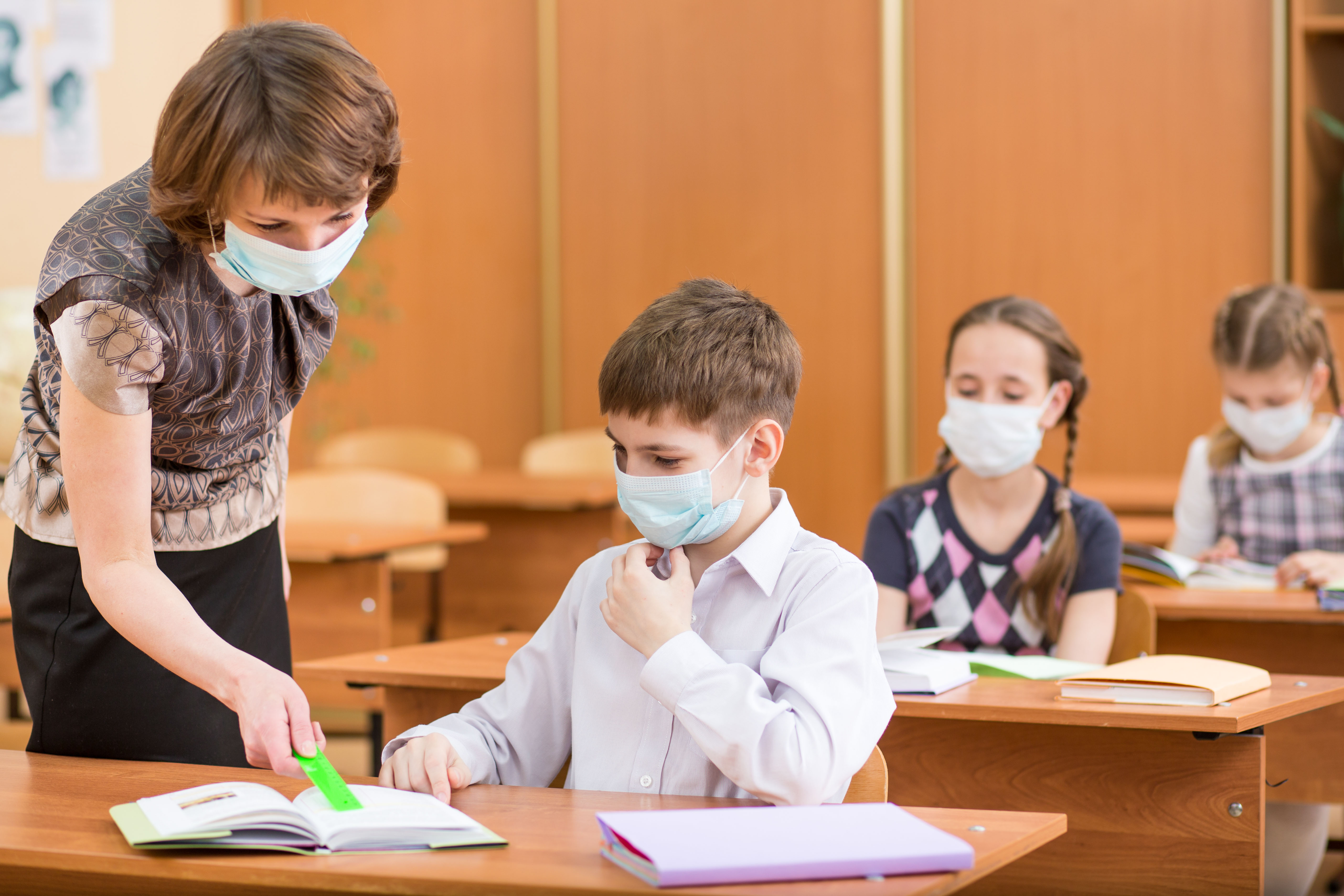 The NHS is currently jabbing all those in the top nine priority groups, which were chosen based on age and underlying health conditions.

Once all those are reached, the 21 million people left in the general population – all those who are healthy and under 50 years old – will be called up.

This is expected to start in May, given that all over 50s should receive their jab by the Government’s target of the end of April.

Officials are expected to recommend the NHS continues to work through Brits based on their age, according to The Telegraph.

A source on the Joint Committee on Vaccination and immunisation (JCVI), which advises the government on the rollout, said ethnicity was a prominent factor after age.

They said: "The mortality figures for people from South Asian backgrounds are particularly worrying.

“Once we get down to those in their 50s, we want to be reaching out especially to these ethnic minority groups."

The source also said prioritising people based on their job would "create too much complication" and "risk slowing the rollout down".

Vaccines minister Nadhim Zihawi did not rule out that the JCVI would be considering age and ethnicity above occupation. 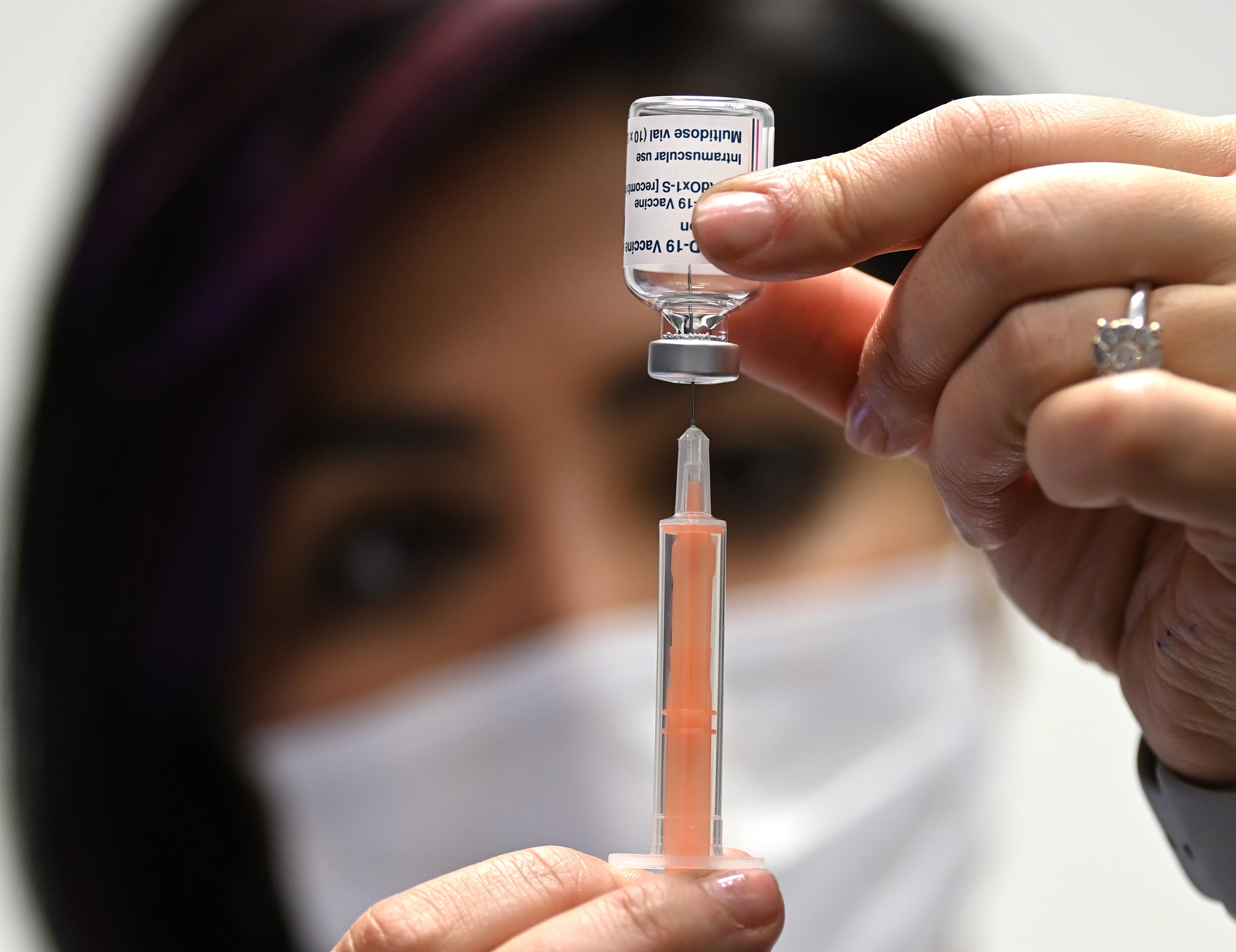 Asked about it on BBC Radio 4’s Today programme, he said: “We are now going back to the JCVI asking the question as to what should phase two look like.

“Should we be looking at those in professions such as police officers, teachers or shop workers that come in much greater volumes of the virus, should they be prioritised?

“Or, what do they recommend be the prioritisation so we continue to bear down on serious infection and hospitalisation.

“I think it’s right to ask them the question, to say, clinically do you think we should prioritise a profession because they come into greater contact, or should we be looking at other evidence because we want to make sure those in greatest need receive the vaccines first.”

During a round of interviews this morning, Mr Zahawi did not mention age and ethnicity as factors when speaking to ITV's Good Morning Britain.

Instead he suggested those who come into most contact with the coronavirus due to their job will be closely looked at.

He said: "We've gone back to the JCVI to ask them, in the context of serious infection, hospitalisation and death, to look at professions – teachers, police officers, prison wardens, those who work in supermarkets, shop workers as well – and if that should be our focus because they come into much greater contact with people, and therefor much greater volumes of the virus.”

Teachers have not been found to be at higher risk of Covid death than the general population by the Office for National Statistics (ONS), and do not appear to catch the virus more than other professions.

But there has been support for them to be jabbed earlier because schools play a role in the spread of the virus. 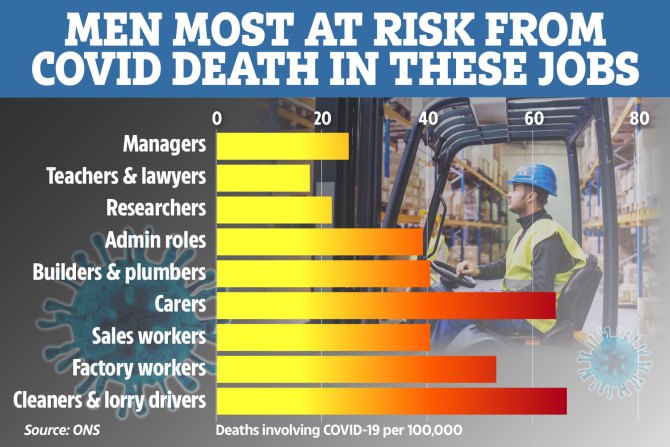 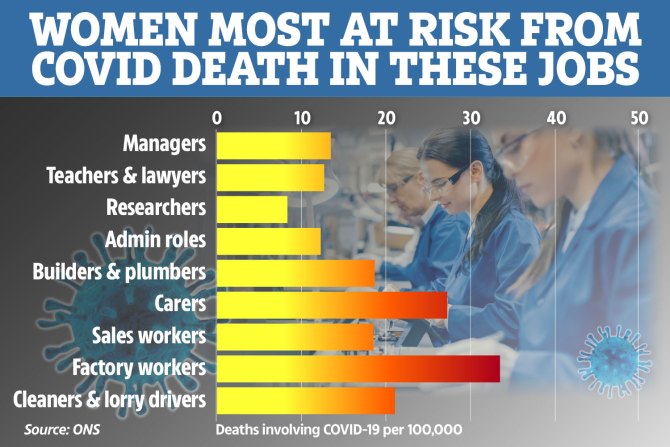 Meanwhile, ethnicity has been shown to be a large risk factor for both coronavirus infection and severe illness leading to death.

The ONS revealed in October that the risk of death in black and South East Asian men was two-and-a-half times greater than white men, and double among women.

The reasons for this largely link back to higher rates of poverty, raising the odds of crowded housing or occupation in a public service job. 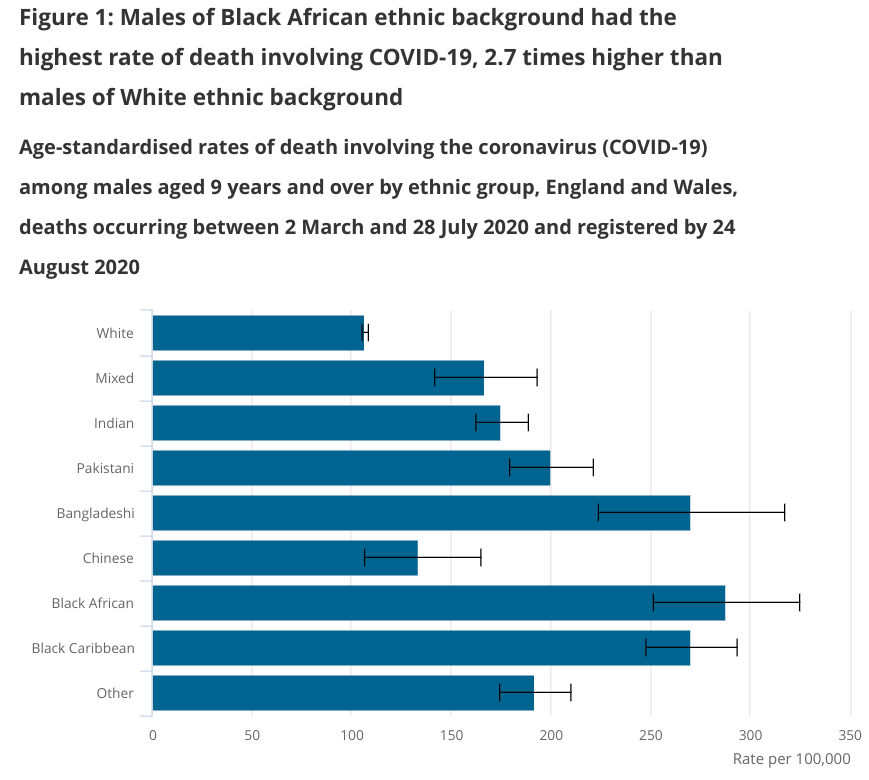 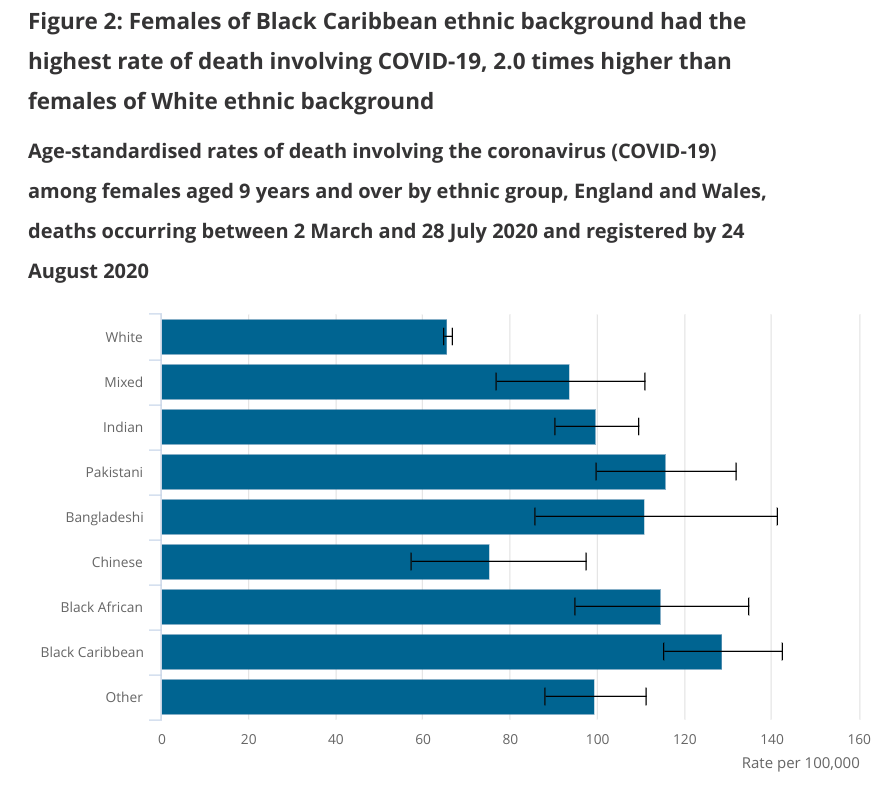 There are also grave concerns for the lower uptake of Covid vaccines in these communities.

An NHS study revealed on Monday showed lower proportions of black and Asian staff have come forward for vaccination since they started being offered.

Sage said barriers to uptake include "lower trust and confidence in vaccine efficacy and safety" which is linked to "structural and institutional racism and discrimination".

Ethnic minority groups have "historically been under-represented” in health research which can cause mistrust, Sage said.

Mr Zahawi has previously said he is “very concerned” about low uptake in minority ethnic groups, warning the virus will spread “like wildfire” among an unvaccinated community.

The head of NHS England says “meaningful progress” has been made to overcome vaccine hesitancy, but the country remains in battle against a “pandemic of disinformation”.

He told a Downing Street press conference on Monday: “There is a real concern about the hesitancy on the part of some black and South Asian communities to accept the vaccine offer they are receiving, either at work if they are a health or social care worker, or as a member of the public.

“What is happening about that is that there is a huge effort involving community leaders, faith leaders, the way in which the NHS itself is administering the vaccine programme to overcome that.

“Although the start was slower in terms of the uptake in some of those communities, I think we are now seeing meaningful progress.”