SCARY footage shows the moment a man goes inside a vast sinkhole that was only discovered recently.

The sinkhole, which is 630ft deep, was found in Leye County, in south China's Guangxi Zhuang Autonomous Region and is so big it has a hidden forest inside. 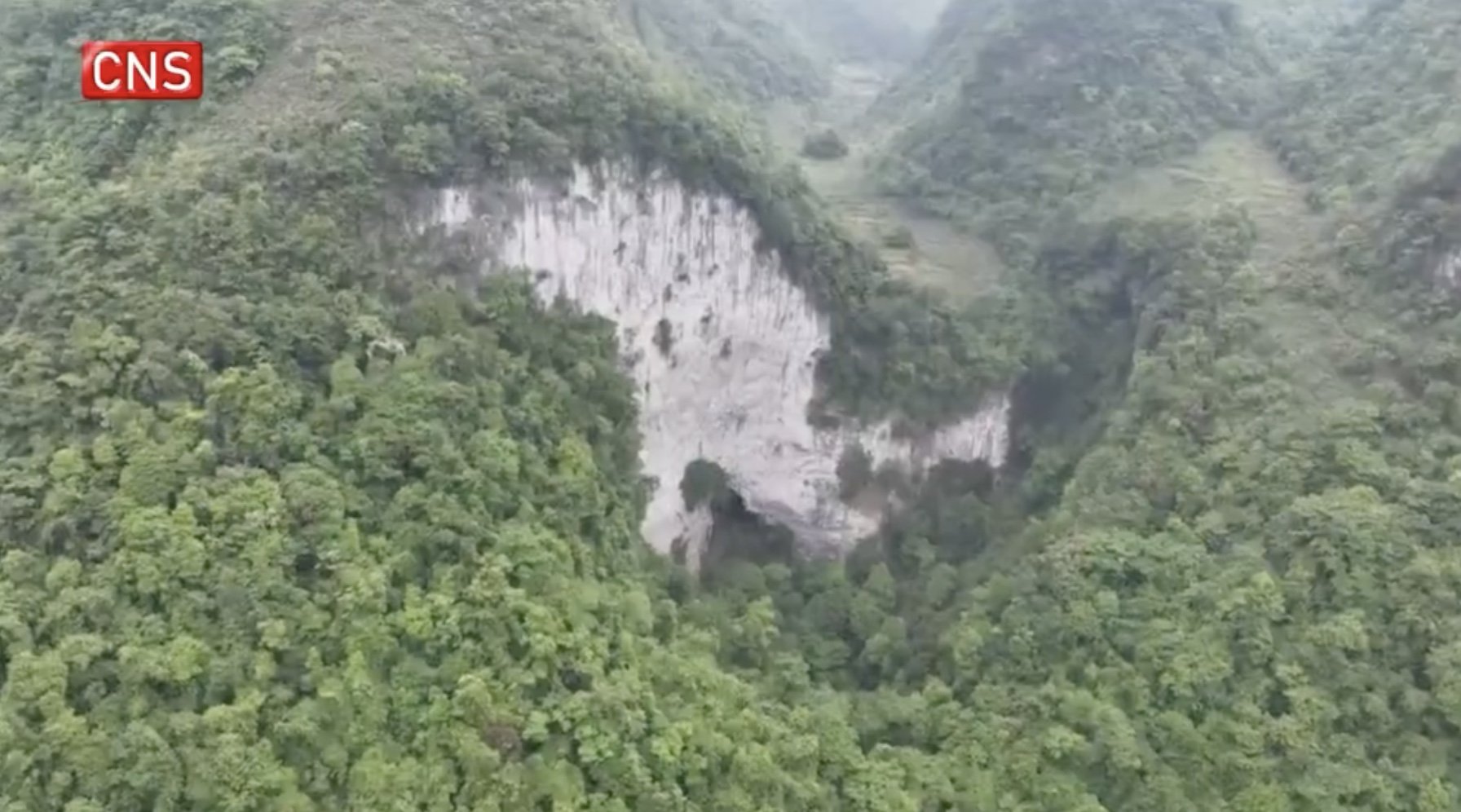 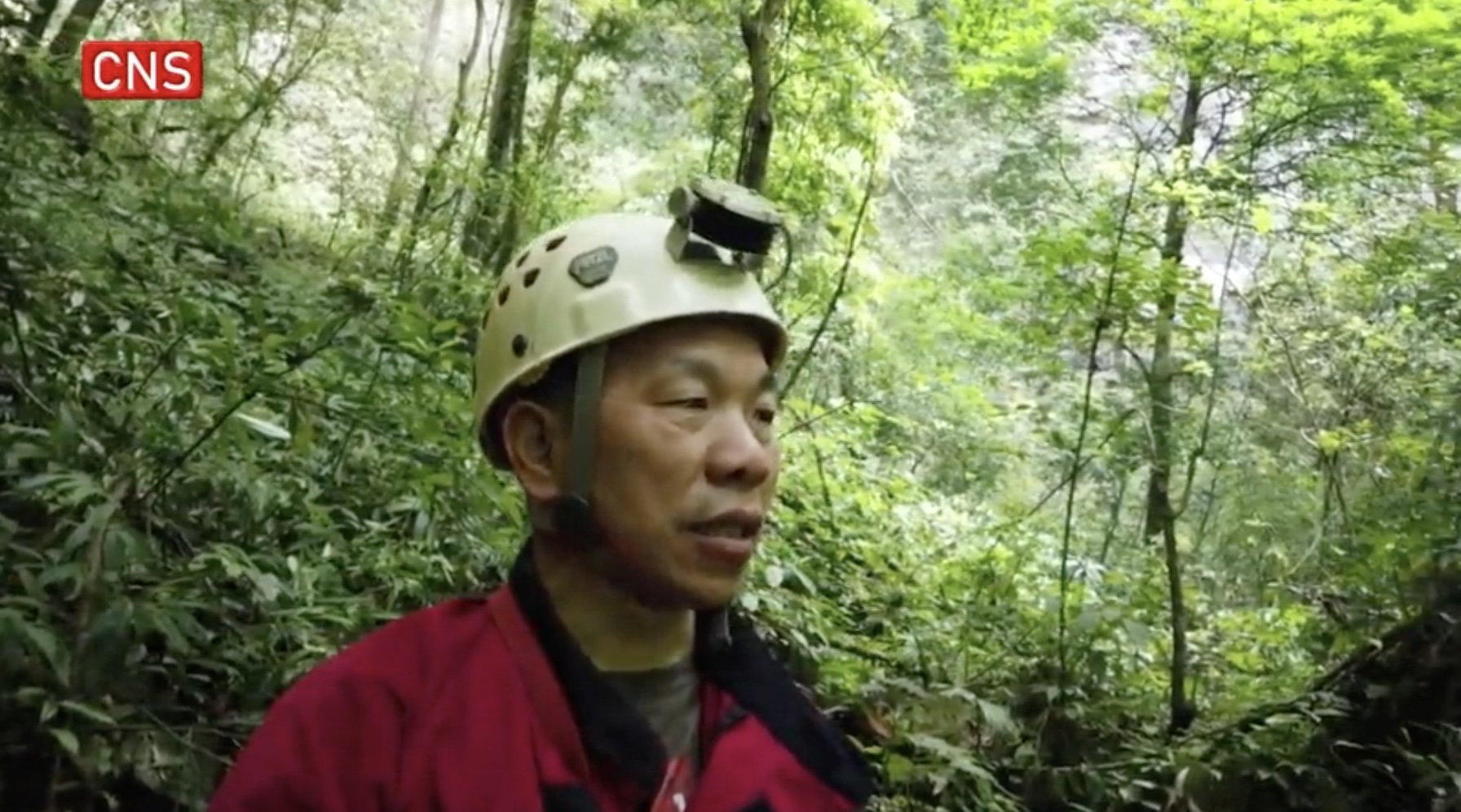 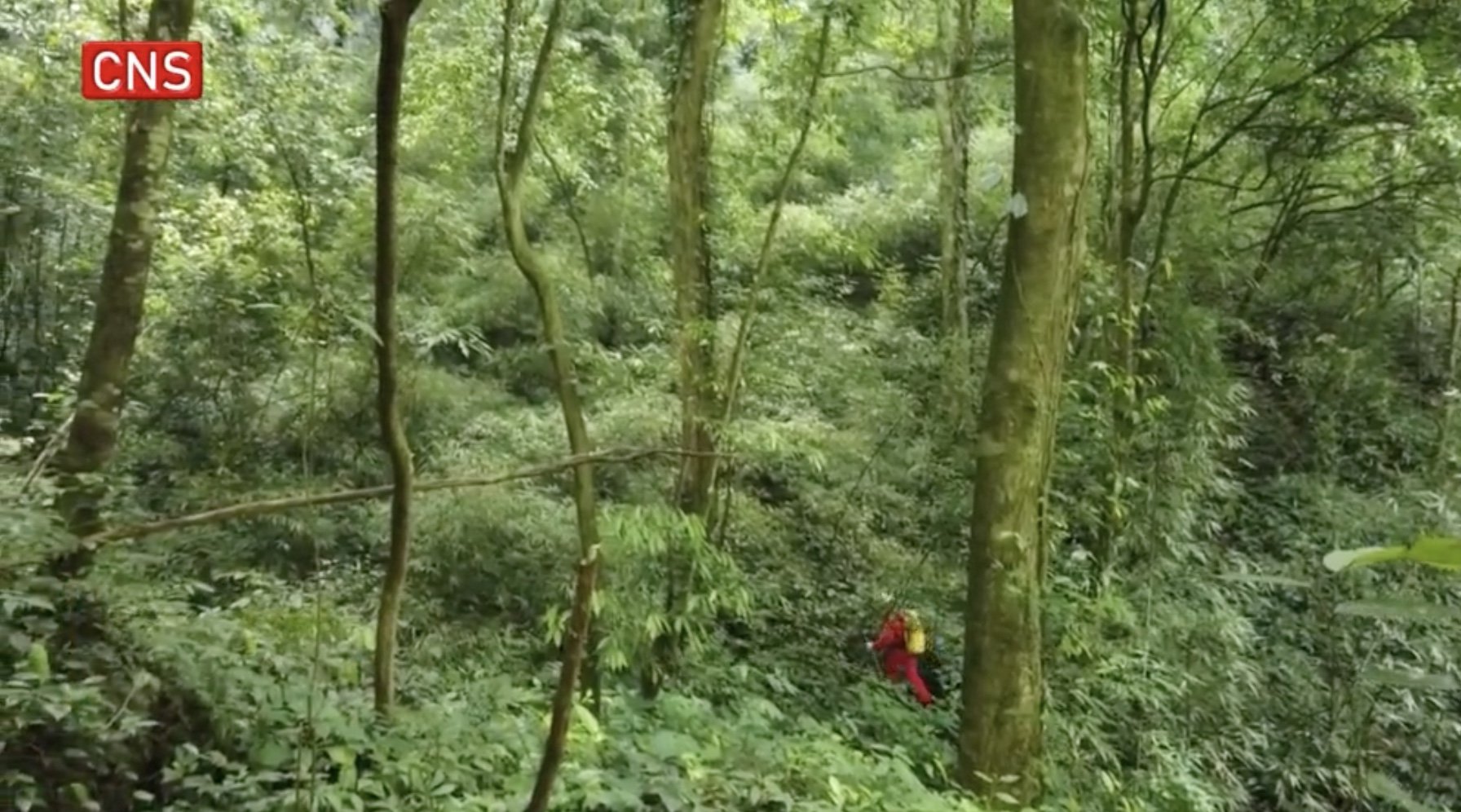 It is known to local residents as Shenying Tiankeng, or the bottomless pit.

Chen Lixin led a cave expedition team inside the vast pit on May 6.

The team of scientists and experts also found three cave entrances in the chasm. 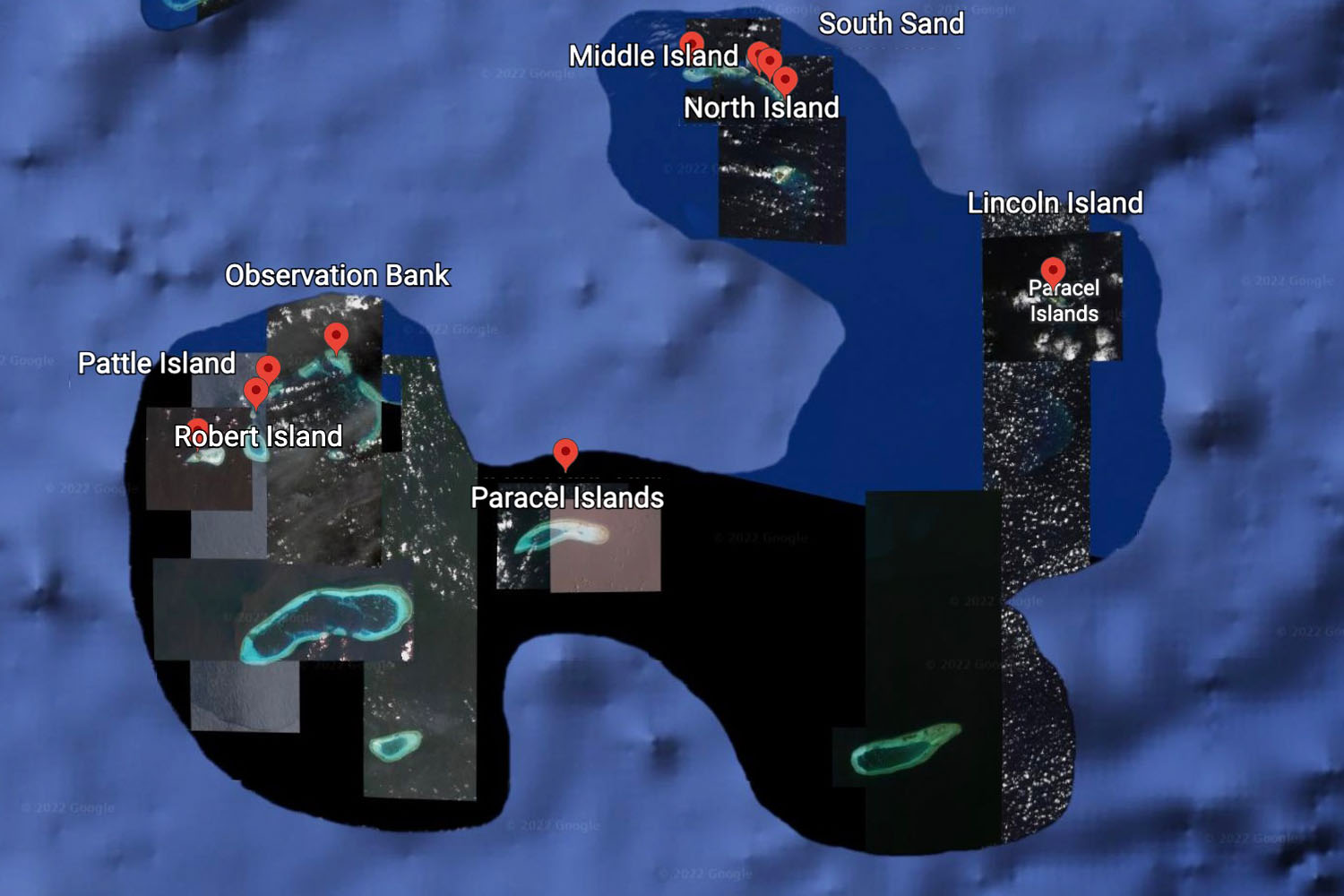 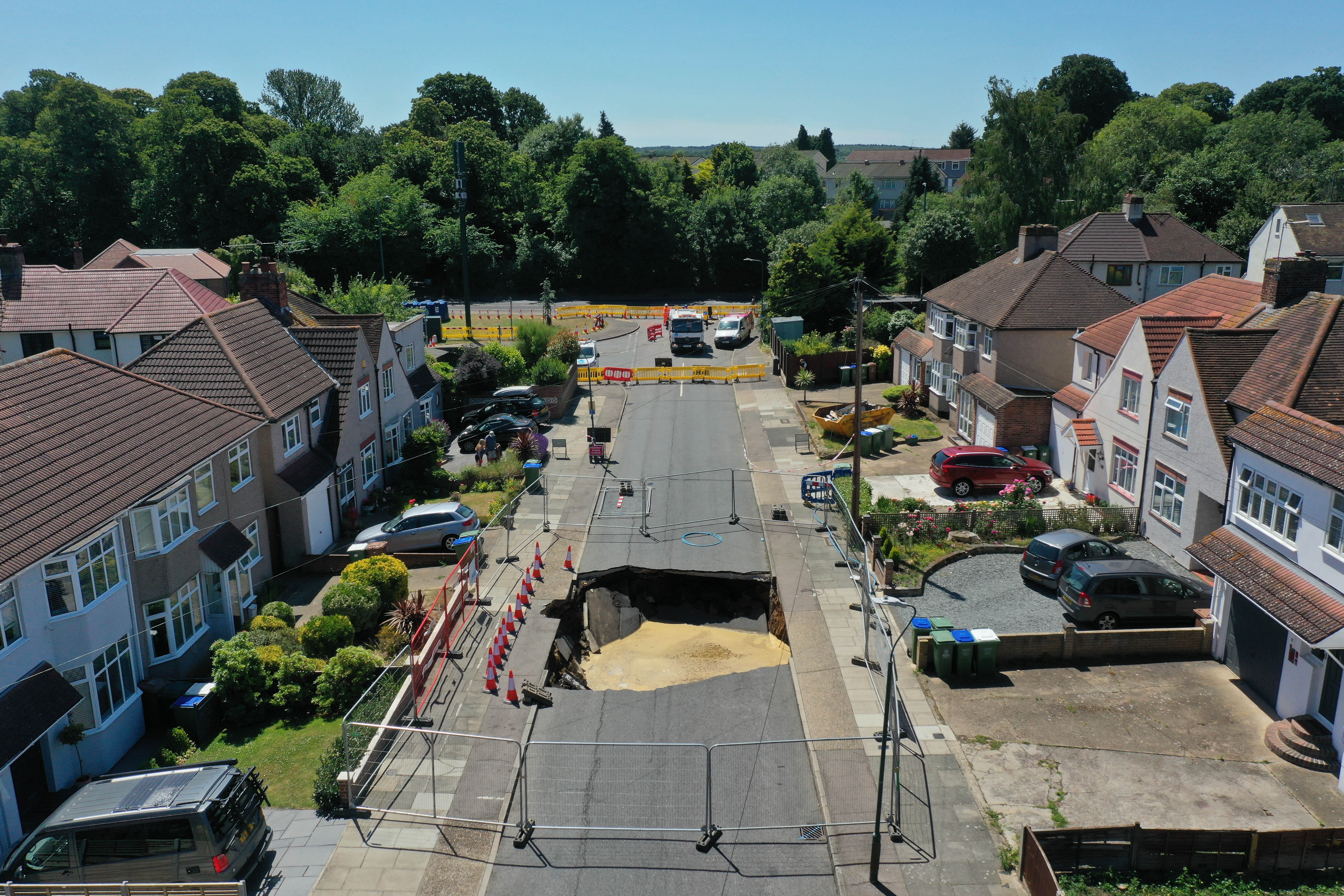 The bottom of the sinkhole is covered in dense plants, including rare bamboo species, and trees that stretch nearly 130 feet high with their branches leaning toward the sunlight that filters through cave entrances.

"I wouldn't be surprised to know that there are species found in these caves that have never been reported or described by science until now," Lixin told Live Science.

The latest discovery brings the number of sinkholes in Leye County to 30, according to the Xinhua news agency.

The landscape style in southern China is called "karst topography" – and its the reason why sinkholes are so common in the area.

The sinkhole was formed from the karst landscape where soluble rocks like limestone, dolomite, and gypsum have been dissolved by the groundwater, forming sinkholes along with sinking streams, caves and springs.

Love Island extended tonight for ‘most dramatic and explosive recoupling EVER'

As the rock dissolves, spaces and caverns develop underground.

Sinkholes are often created in a dramatic fashion as the space below the surface gets too large to support the ground and a sudden collapse of the surface usually occurs.

Sinkholes in urban areas can be dangerous and have fatal outcomes.

In 2020, a sinkhole in Xining, China opened up in the middle of a road and swallowed a bus – six people were killed.

In November 2019, Xinhua Net reported the discovery of a giant cluster of 49 sinkholes in a 230-square-mile patch of land in the Guangxi Zhuang Autonomous Region. 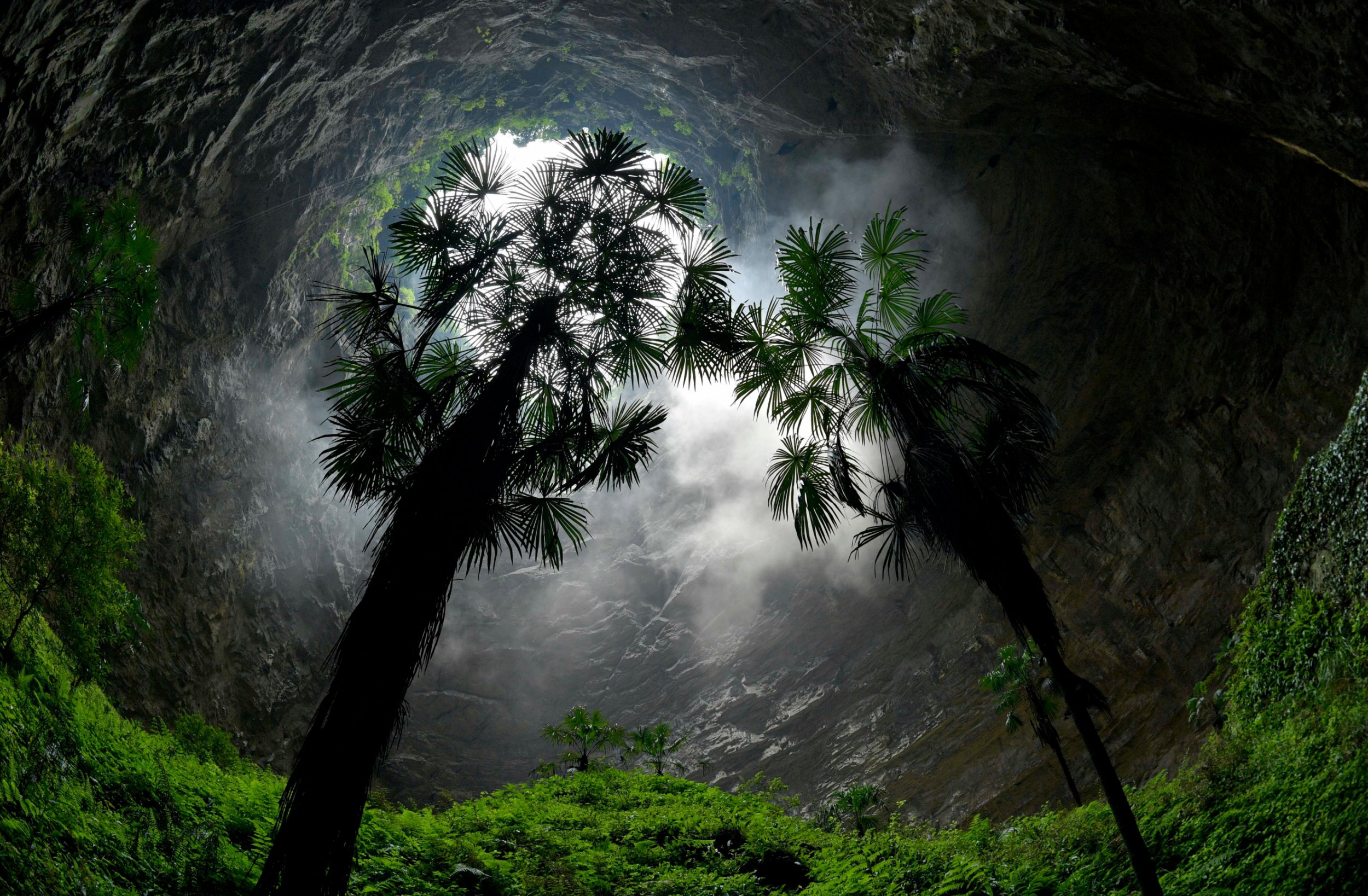