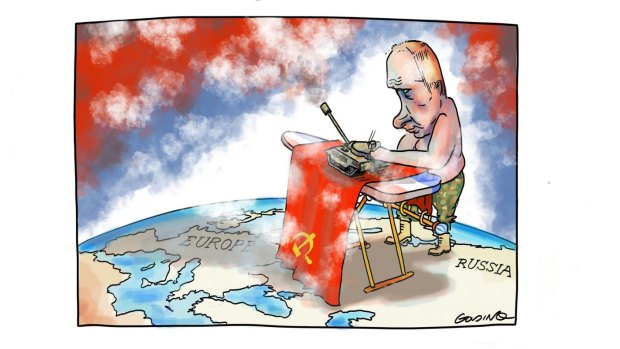 Grave new world
I have just returned from five months in London, where I was a daily pedestrian. Many claim the risks from e-scooters can be overcome by regulations like those in the UK. I can attest these are flouted constantly. Given the silence of scooters, walking the streets and parks of London has been profoundly altered. I have seen this “new world” and it is not appealing.
E-scooters are frequently abandoned illegally across footpaths, obstructing pedestrians, prams, wheelchairs and walking frames.
Pedestrians, infants, children and people with disability have constant close calls or worse as scooters move at high speed illegally on footpaths. This is acute for those with mobility, hearing or vision impairments, whose rights we claim are paramount. Surely it is wrong to transform walking, a source of pleasure, exercise and transportation for many, into a state of hyper-vigilance and backward glances.
If we must have e-scooters, they need visible rego to enable the public to report illegality. Regulations (with severe penalties) must restrict them to bicycle paths at a safe speed, and include environmental guidelines for disposal of abandoned or broken scooters.

No need to scoot
Can anyone explain why a scooter, whether e- or mobility, needs to be capable of travelling faster than average walking speed?

Absurdist cricket
One of the most absurd features of modern Test cricket is ″⁣bad light stopped play″⁣ on a ground surrounded by six lighting towers. Ball makers have spent ages, and presumably thousands of dollars, making and testing balls suitable for use under lights – hence the Adelaide twilight Tests, which seem to rouse no ire from players who can’t see the ball.
The umpires are empowered to change the ball if it loses shape, so surely it is not beyond their capability to select a pink ball of appropriate age, should bad light occur. Australian Cricketers Association chief executive Todd Greenberg is right, and if the ICC and Cricket Australia, as he suspects, are not interested, then they are trying to drive another nail into the coffin of Test cricket.

Eyes on the road
The introduction of mobile phone detection cameras makes sense. Driving with eyes off the road is a recipe for disaster. My concern is the VicRoads wording on use of mobile phones for drivers. It suggests it’s OK to be touching a phone so long as it’s in a commercially designed holder fixed to the vehicle. But anyone touching a phone while driving, even if it is in a holder, means they have to be looking at it, which means their eyes are off the road. The wording needs to be changed to: ″⁣AND can ONLY be operated by the driver without touching any part of the phone, and the phone is not resting on any part of the driver’s body.″⁣

Gardens of delight
Instant joy from a garden photo and Megan Backhouses’s new year recommendations for our gardens (6/1). My garden, dynamic like Megan’s, presents many differences and sadly some of my favourite plants haven’t survived. After three years of La Nina I am bracing for a possible El Nino. Water preservation and use takes priority as excessive heat requires careful planning to preserve my plantings. I can work alongside the hundreds of critters who invisibly live there, as well as the many birds and insects who visit and enjoy the bird baths. The health benefits, mental and physical, and resulting joy will match the input.

Not informed
Your correspondent misses the point of the two actors suing Paramount Pictures over nudity in Zeffirelli’s Romeo and Juliet (Letters, 7/1). She claims that someone in this matter is equating nudity to pornography. Not so: someone is claiming that Olivia Hussey and Leonard Whiting, both 16 at the time, were unable to make an informed decision about what they were being asked to do.

Too little, too late
As Lesley Hughes says (Comment, 6/1), the future has arrived. We are no longer predicting the uncertain effects of climate change on our grandchildren but measuring the very real effects of extreme weather events on people today.
So, it is surprising that Hughes recommends many of the methods designed to mitigate the effects of climate change such as ″⁣plugging in 100 per cent renewables by 2030″⁣. Such ambitions are worthwhile but will not stop the impacts of climate change which will now affect the planet long into the future.
The ″⁣unnatural disasters″⁣ will not stop if we all get rooftop solar or replace diesel buses with electric ones. It’s too little, too late.
The time for mitigation was decades ago when climate change was first detected. The emphasis must now shift to adaptation.

Wrong call
Pat Cummins’ decision to deny Usman Khawaja the opportunity to achieve his double century was appalling. There was no chance of winning the Test.

Skewered message
As a white Australian born on Australia Day, in 2010 I changed my birthday celebrations to January 27 out of respect for Indigenous Australians, and the fact that we were being accused of being un-Australian by not eating meat on Australia Day.
As a vegetarian and environmentalist, I was horrified to read that the Meat and Livestock Board are insulting us again and accusing us of being “un-Australian” if we don’t eat meat.
Surely after all these years it is obvious that the grazing of livestock is a major cause of land degradation, using 32 times more land than the production of plant protein.