Up to 100 more migrants arrive in Dover after being picked up in the Channel as number of asylum seekers reaching UK this year edges closer to 10,000

Dozens of migrants were rescued in small boats in the English Channel today with the number of people making the treacherous crossing to the UK nearing 10,000 people so far this year.

As the Platinum Jubilee bank holiday celebrations began, it is understood up to 100 people were brought into the harbour at Dover throughout the morning although official figures are yet to be confirmed.

Around 40 were seen being brought ashore on the Border Force vessel Typhoon, the group were mainly men – some elderly.

Another 10 were seen on board the smaller Border Force boat Searcher.

They were brought ashore in the harbour and escorted up the gangway to an immigration processing centre. 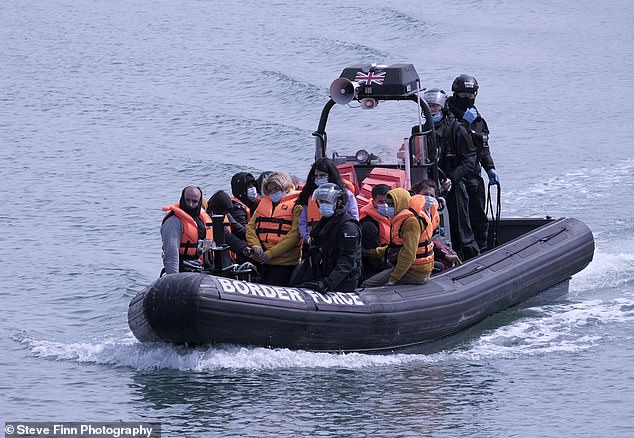 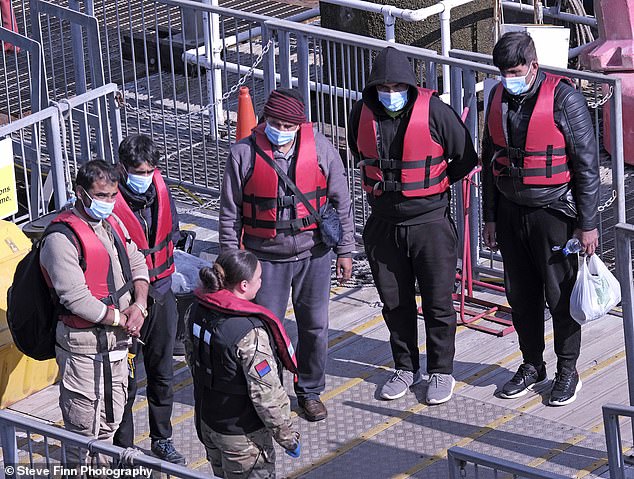 According to the official figures nearly 10,000 people have crossed the channel in 305 boats this year 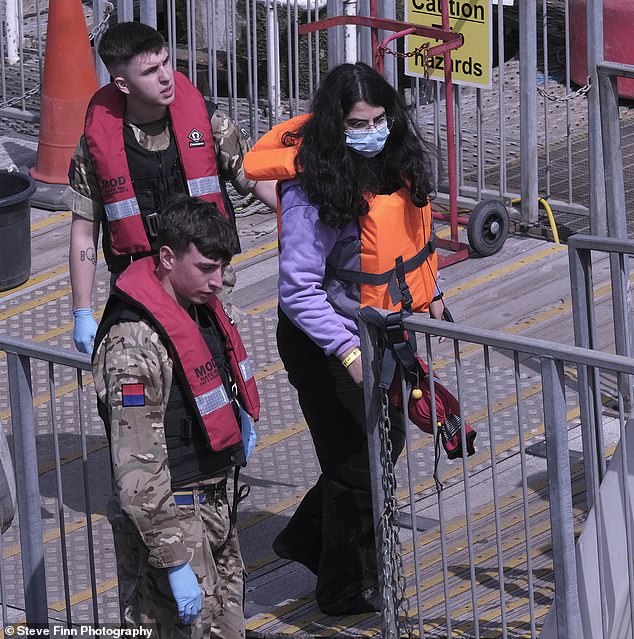 Pictured: A migrant arrives at Dover Harbour after being brought by Border Force this morning 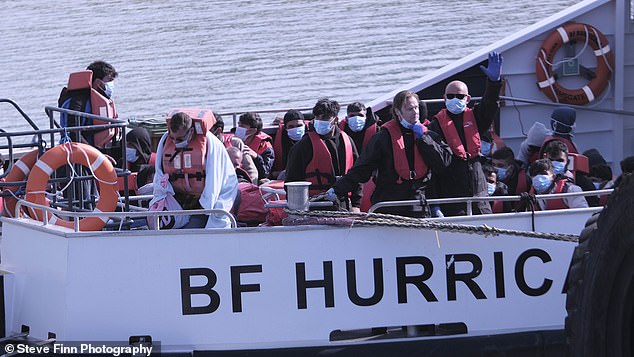 It comes after 198 migrants were detained on Wednesday in four small boats according to official Ministry of Defence figures revealed today.

It takes the number so far this year to 9,918 people in 305 boats this year, according to officials.

On Tuesday one group of migrants resorted to using tyre inner tubes as life jackets.

Around 20 of the rubber rings were seen discarded in one dinghy towed into the Port of Dover.

Among the group brought in on Tuesday included a number of small children. 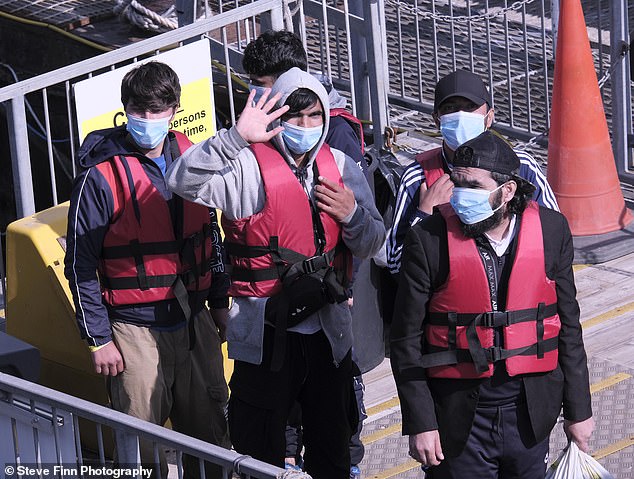 Data released by the MoD reveals that 2,918 people reached the UK during the month of May 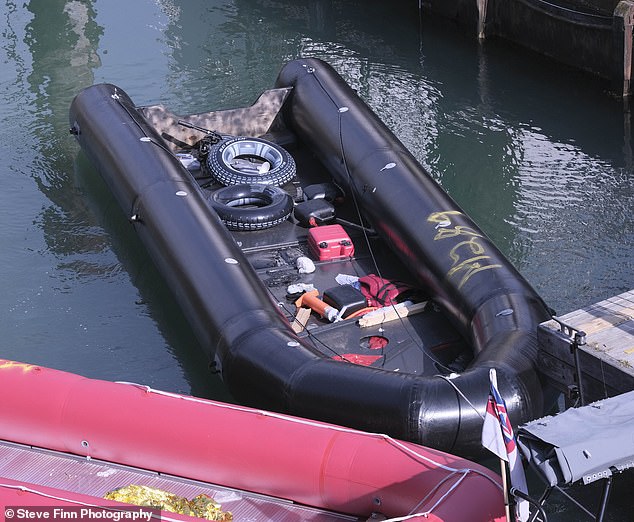 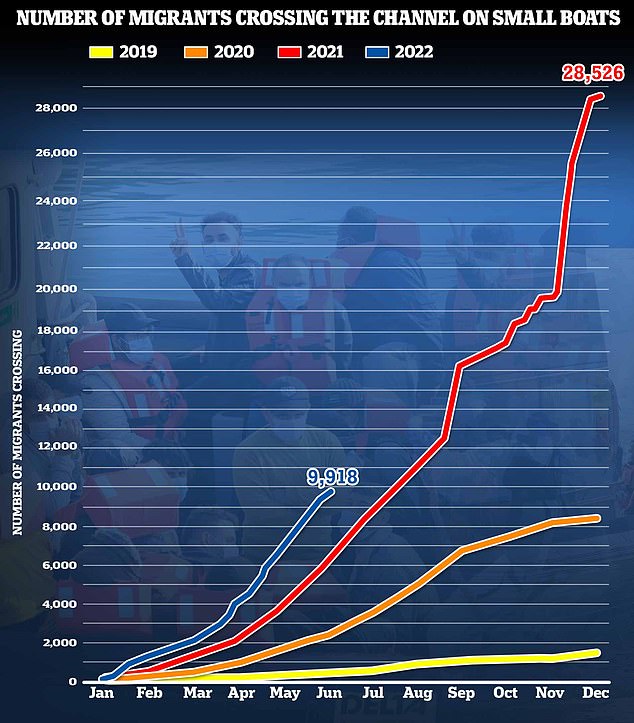 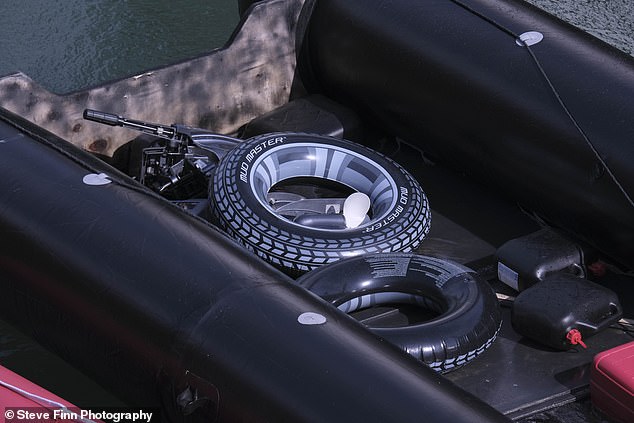 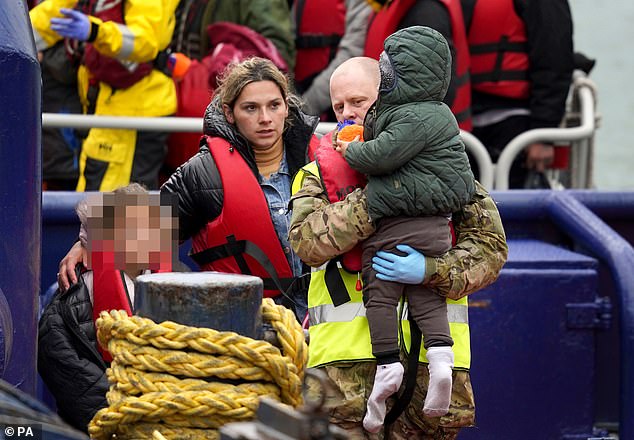 A soldier in Army fatigues was seen carefully carrying one child up the gangway to the immigration processing centre on the quayside.

A dad wearing a face mask was also seen carrying his young son off a Border Force vessel after making the treacherous 21 mile crossing.

The French regional operational surveillance and rescue centre (CROSS) in Gris-Nez also identified several boats in difficulty in the Calais Strait on Tuesday.

The all-weather boat, Jean Bart, recovered 41 migrants from the Channel and dropped them at the port of Dunkirk, while the Maritime Affairs patrol boat, Jeanne Barret, picked up 45 shipwrecked people and escorted them to the port of Boulogne-sur-Mer.

They were then taken care of by the French border police and the departmental fire and rescue services. 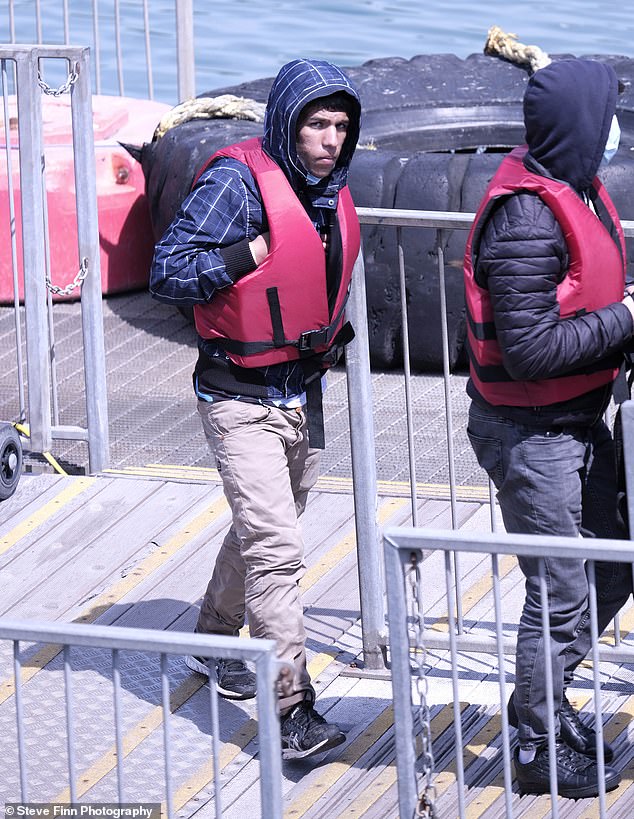 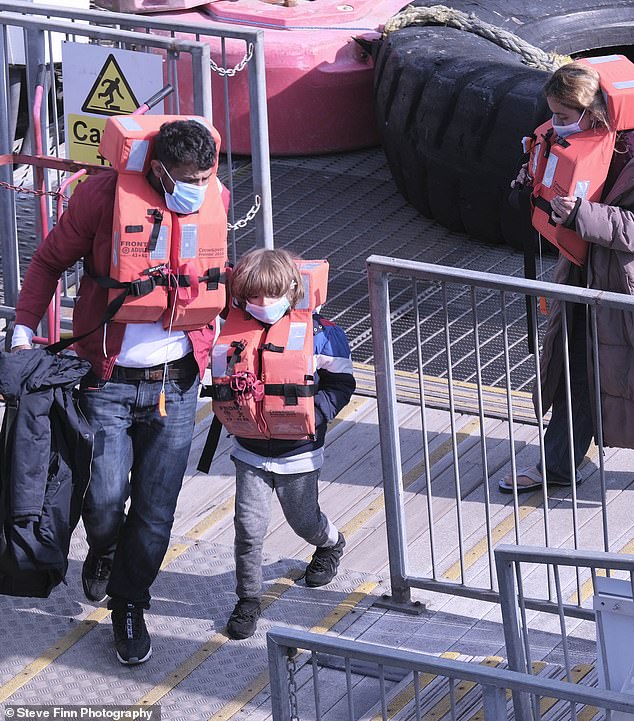 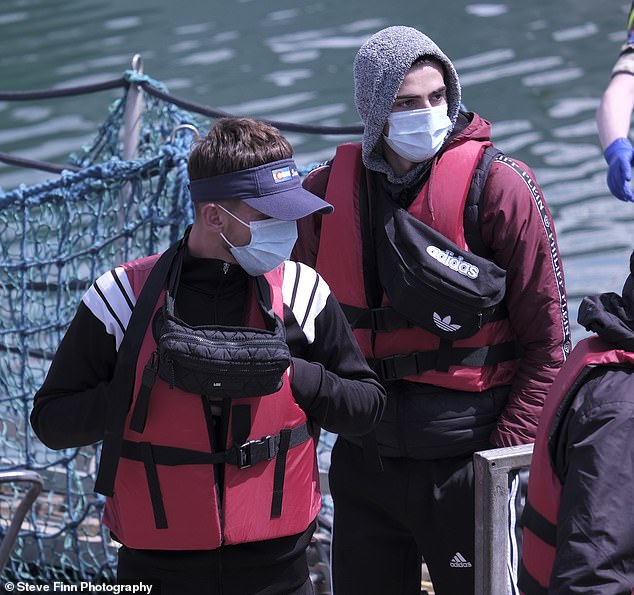 Minister for Justice and Tackling Illegal Migration, Tom Pursglove MP, has said: ‘The rise in dangerous Channel crossings is unacceptable.

‘Not only are they an overt abuse of our immigration laws but they also impact on the UK taxpayer, risk lives and our ability to help refugees come to the UK via safe and legal routes. Rightly, the British public has had enough.

‘Through our Nationality and Borders Bill, we’re cracking down on people smugglers and fixing the broken system by making it a criminal offence to knowingly arrive in the UK illegally and introducing a maximum sentence of life imprisonment for those who facilitate illegal entry into our country.’