Still a team. Simone Biles praised her fellow Team USA gymnasts for their inspiring performance at the Tokyo Olympics after she withdrew from the competition.

Olympic Athletes: Where Are They Now?

“OLYMPIC SILVER MEDALISTS 🤍,” the 24-year-old athlete captioned a photo on Tuesday, July 27, alongside teammates Suni Lee, Jordan Chiles and Grace McCallum. “I’m SO proud of these girls right here. You girls are incredibly brave & talented! I’ll forever be inspired by your determination to not give up and to fight through adversity! They stepped up when I couldn’t. Thanks for being there for me and having my back! Forever love y’all.” 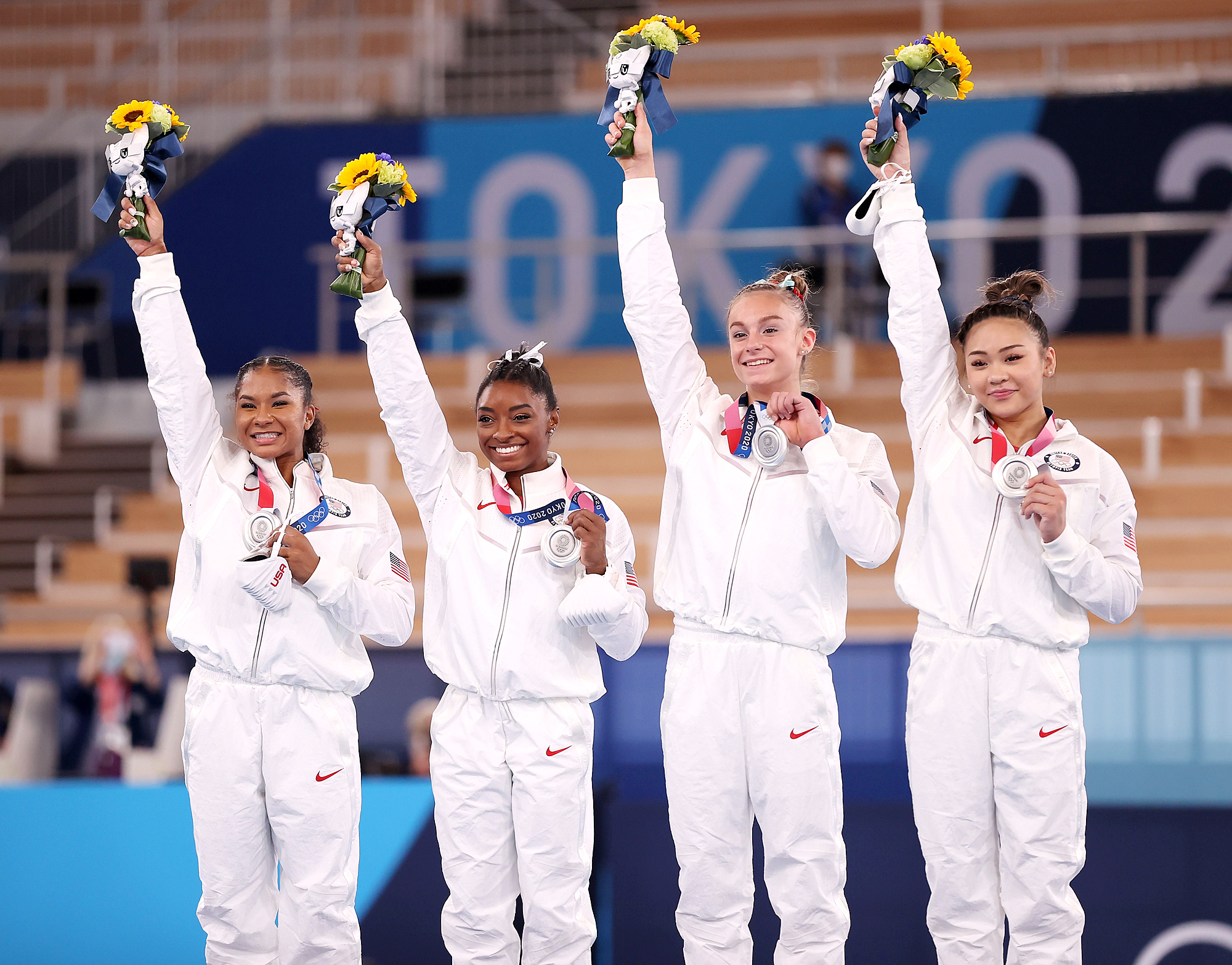 Chiles, 20, made sure the Dancing With the Stars alum knew how much she meant to the rest of the Olympians — and to the sport of gymnastics as a whole. “You will forever be loved. We can’t thank you enough,” she commented. “You have such a huge inspiration on all of us. We wouldn’t have done it without you🥺💕 love you mo 🤞🏾❤️.”

On Tuesday morning, news broke that Biles, who took home five medals at the 2016 Rio Olympics, dropped out of the Tokyo competition after taking a tumble during her vault routine. Though she was seen consulting trainers on the side of the gym, NBC clarified that Biles’ exit wasn’t caused by an injury, but instead by a “mental issue.”

The World Championship winner addressed her surprising step away from the team final soon after, telling Today’s Hoda Kotb, “Physically, I feel good, I’m in shape. Emotionally, that kind of varies on the time and moment. Coming to the Olympics and being head star isn’t an easy feat, so we’re just trying to take it one day at a time and we’ll see.”

With the individual all-around showcase coming up on Thursday, July 29, Biles isn’t sure if she’ll be up for the meet, noting, “We’re gonna take it day by day, and we’re just gonna see.”

Getting the opportunity to compete on the world stage in Japan is “something we’ll cherish forever,” she told Today. “We hope America still loves us.” 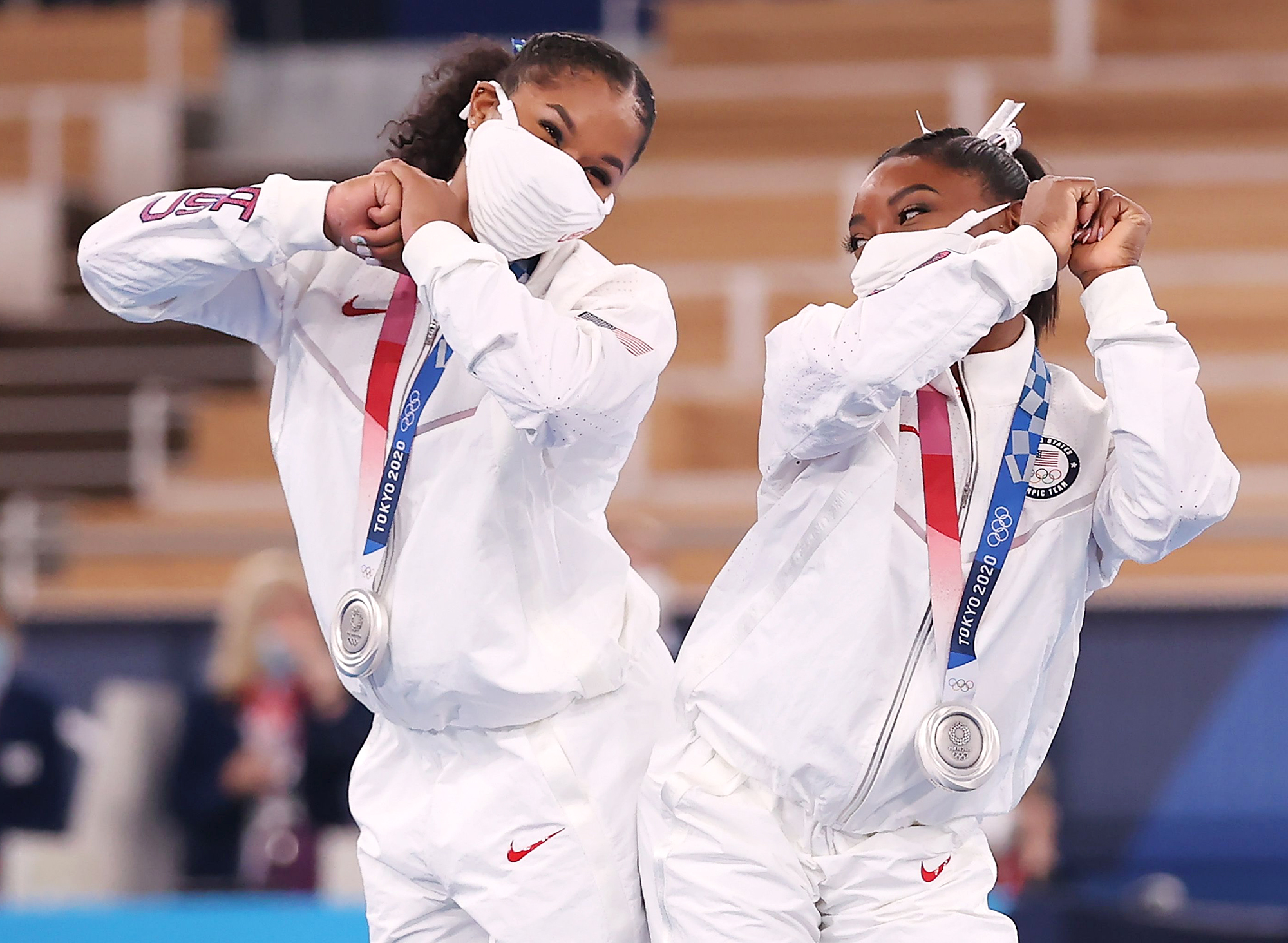 Biles opened up about the pressures of performing at the Olympic level after a rocky showing at the qualifying meet on Sunday, July 25, admitting that “it wasn’t an easy day or [her] best” in a motivational Instagram post.

“I truly do feel like I have the weight of the world on my shoulders at times,” she wrote. “I know I brush it off and make it seem like pressure doesn’t affect me but damn sometimes it’s hard hahaha! The olympics is no joke! BUT I’m happy my family was able to be with me virtually they mean the world to me!”

Though this year’s Olympics may not have gone according to plan, Biles is making her health her No. 1 priority — and received support from past teammates after making the bold decision. Aly Raisman and Laurie Hernandez were among some of the celebrities who sent the Ohio native love after her withdrawal.

“I know that all of these athletes dream of this moment for their whole entire lives, and so I’m just completely devastated,” Raisman, 27, told Today on Tuesday. “I am obviously so worried and just hoping that Simone is OK. … It’s just so much pressure, and I’ve been watching how much pressure has been on her in the months leading up to the Games, and it’s just devastating. I feel horrible.”

The 21-year-old She’s Got This author, for her part, added, “At the end of the day, mentally, physically, we just want to make sure that she’s OK.”