The belle of the ball, the world’s newest Cinderella, and the love of Shawn Mendes’ life — here’s Camila Cabello at the MTV Video Music Awards.

Coming off the (glass) heels of the major success of her film Cinderella, Camila Cabello attended the 2021 MTV Video Music Awards on September 12th to be seen and to perform a track from her upcoming third studio album, Familia. The singer is reportedly set to perform her new single “Don’t Go Yet,” but showed up to slay on the red carpet before taking the stage.

Trading in her Cinderella glass slippers for a sexy pink bodice, Camila stepped out on the red carpet in an elaborate pink and red gown, with statement bow around her waist that was hard to miss, and an old glamour look radiating from every step she took down the carpet. True to form, she slicked her hair back into a sleek ponytail, and matched her eye makeup and earring to the bright, neon pink in the bone, bodice top of her dress. 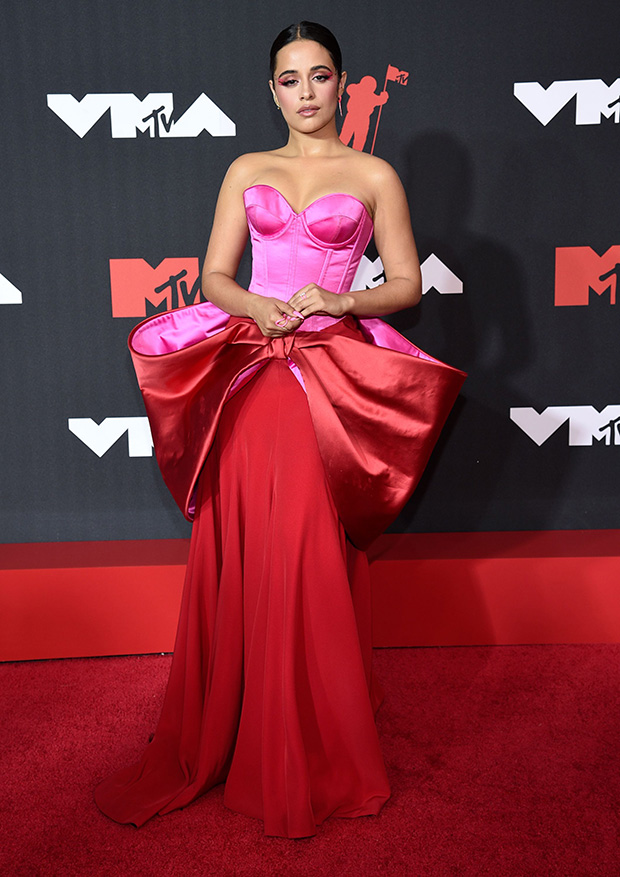 Her glam was on point, right down to her epic manicure. She matched the bright pink hue of her dress bustier to her bubblegum pink nail, opting to go for a long, on-trend talon style! 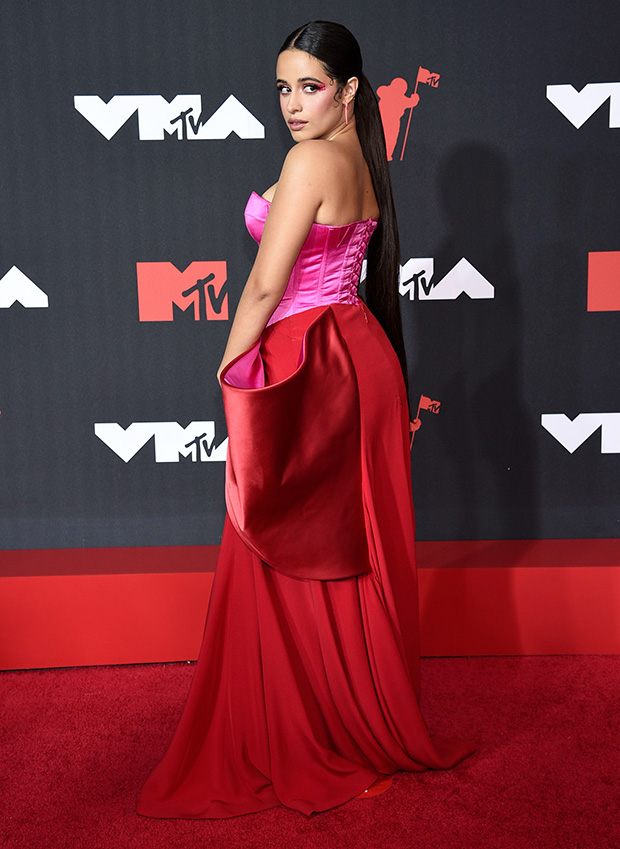 The 2021 VMAs are poised to be a huge show for everyone involved. Not only will Camila share the stage with other performers like Justin Bieber and Olivia Rodrigo, but she’ll also cross paths with her former Fifth Harmony bandmate, Normani, who is promising to bring her ‘Wild Side’ for her performance.

Camila recently opened up about her new album, revealing her new project is about her feeling “free” while discussing the lead single. “I think ‘Don’t Go Yet’ is just I think sonically and melodically, just me being free. I think being in Miami for so long and having more family around me and speaking Spanish more made me feel, I don’t know, just kind of brought me back,” she said back in July to Apple Music. “I think my roots went deeper in a way that I really needed. And I think this album for me was a manifestation. The name of my album is Familia…I want it to be that kind of family affair selfishly, because it would make me happy,”