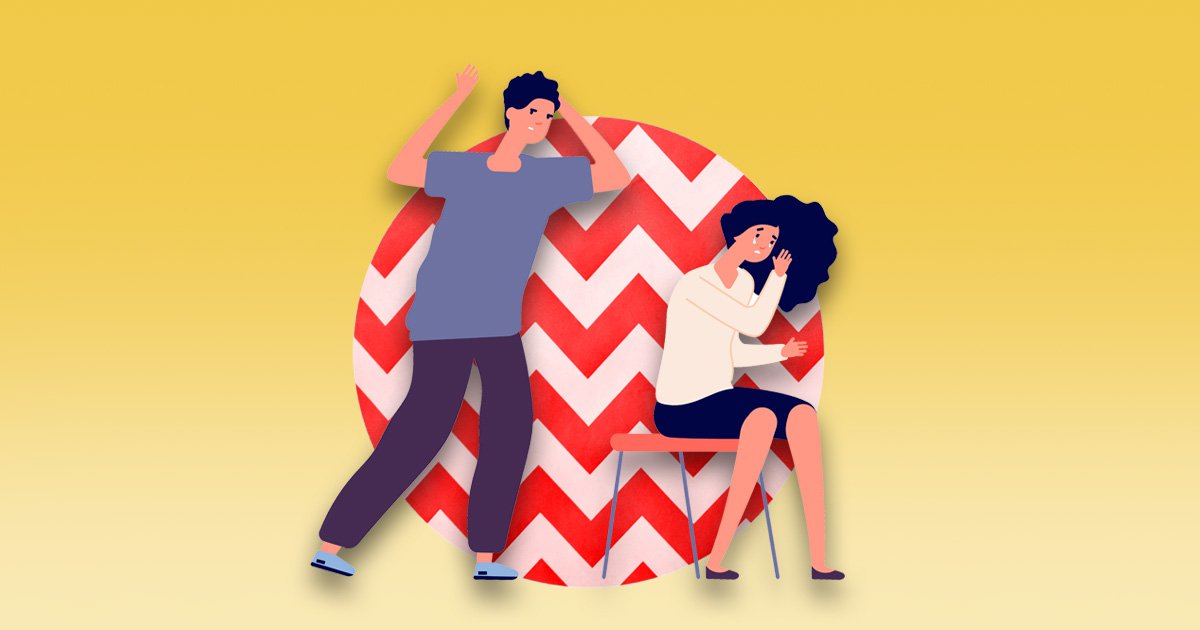 While recently researching for my job as a journalist, I opened an article that explored ‘sibling abuse’.

It talked about physical and psychological trauma caused by another sibling, more often to the younger by the older.

Reading through it, I suddenly felt really sad – it resonated deeply. Up until that day, I thought all brothers acted like mine.

Growing up, I was always made to feel like a nuisance by my brother, Trevor*.

More than that, to him, I was useless and a problem he needed to eradicate.

One evening at home when I was five and he was 10, our parents were working late so he was in charge of looking after me. But instead of doing that, he wanted to go out with his friends – so he put Vicks VapoRub on my eyes to put me to sleep, and left me alone.

My mum came home an hour later and saw me crying, barely able to open my eyes. She shouted at him when he got back but it was not enough of a punishment. They were too soft – he never learnt a lesson because my parents spoiled him.

This was the first of many ways my brother made my life miserable and showed me he didn’t care growing up.

Trevor irritated me and sometimes I actually despised him because I saw no kindness in his nature. He was a bully who would be happy seeing me sad.

Once, when I was 15, I wanted to stay over at a friend’s house, but my brother lied to my parents that she was a ‘bad influence’, making it impossible for me to go.

When I confronted him about it, he gloated and told me how Mum and Dad ‘couldn’t stand me’, and how they always listen to him.

I was gutted and realised that he would always do what he could to make my life unhappy and I could never trust him.

So, I kept my distance, I never wanted to tell him anything about my life.

Until a few months ago, I had no idea that sibling relationships weren’t usually like this, so I accepted the behaviour as normal.

I did think that other siblings got on with one another better than Trevor and I, and that I was the odd one out – but I didn’t know our relationship was this out of the ordinary.

My older brother repeatedly controlled me and caused issues between me and my parents.

They would listen to him – they thought he was older, wiser and always right.

In my culture, there is a lot of joy when boys are born, compared to disappointment when girls arrive as boys carry on the family name.

Family members would compare him to me saying he was well behaved, very polite, well-spoken, a good boy. He was intelligent and I was the wild one, simply because I was always interested in seeing friends, spoke on the phone to friends, cut my hair short and dyed it blonde to express myself.

I felt very low, and it made me lack confidence, which my brother played on.

I couldn’t speak to family members about the way my brother made me feel bullied as they all loved him. And because of this, I became the black sheep in the family. It made me feel resentful towards my brother as he caused the rift.

He would make me feel guilty for wanting to spend time with friends because I wasn’t at home – truth was, I wanted to be anywhere but near him.

I remember being called horrible things — he was always swearing at me, calling me a bitch, and, more recently, he teased me when I got divorced a few years ago. He said it was shameful and that I was a failure. I felt broken inside. I felt worthless.

Throughout my teens, I’d often thought ‘what kind of a person am I, that my brother hates me so much?’

I did not realise it was due to jealousy until later in life.

Having read up on the traits he has – desiring excessive attention, a sense of his own importance, lack of empathy for others, broken relationships with others – I now see that my brother is a ‘narcissist’.

I felt relieved as everything suddenly made sense.

Even before I’d had this revelation, I knew I needed to eradicate him from my life in order to move on with mine. He tried to sabotage my career by calling my company demanding I be sacked for running a business on the side – a false allegation – and he sent me lots of aggressive and threatening emails.

My brother didn’t want to see me succeed. I cut him off completely in 2015.

I blocked him on socials and the telephone. He set up fake accounts to keep bugging me but I blocked them too – instantly, I felt relief.

There were years when I kept quiet about the pain he put me through, I felt ashamed and lacked confidence.

Then, slowly, I opened up and told people what I went through.

When chatting to others, some revealed that they had a sibling they don’t speak to. I began to see just how much of a common problem it was, and I realised I could speak about it.

I feel sibling abuse goes unnoticed because it’s not seen as an issue by the media, the wider community, it’s ignored. It’s usually abuse from parents or partners, not siblings, that gets attention. But this is a serious problem and it hugely impacts mental health.

I have no hate in my heart, I just don’t want to be bullied anymore

Recently, I’ve been getting stomach pains, and I’m sure it’s down to stress and anxiety. I can’t sleep, I feel tearful constantly. I feel I am suffering from trauma now because of what I went through – I turn to meditation and prayer to help me come through it.

Now, my parents don’t have a relationship with him either. He expects money but they refuse to give it as they have realised his true colours.

In recent months, it’s become worse as he has seen us moving on as a family. His anonymous messages have intensified – it’s now threats and harassment, with some very disgusting language, even saying inappropriate things about me being close to my dad.

These are just signs that something is wrong with him and it’s really heartbreaking to receive these.

The hardest part is I keep this all away from my parents as I don’t want them to worry. I wish I had another sibling – a sister – so I would have someone to share this with.

What if something happens to my parents? Will he be after me again and give me even more of a hard time? I feel so alone.

I know the best way forward is to forgive him and accept that we will never get on — it’s for my health. I have no hate in my heart, I just don’t want to be bullied anymore.

The online abuse has been reported to the police. They have logged it and if he comes back to the UK, he will be arrested and questioned. There isn’t more I can do but try to let go.

I would advise anyone who’s reading this who might be going through something similar to cut the sibling out of your life if you don’t want stress. I’ve no regrets at all except I wish I did it sooner.

I wish I was strong enough to have done something about it when I was younger but I was powerless.

He’s ruined my life – his jealous behaviour killed everything.

As far as I am concerned, I am an only child.