In his 86 years, David Gold conquered the worlds of retail, property, publishing and air travel and was estimated to be worth a staggering £500m.

But when it came to his love life, it was anything but smooth-sailing for the man who started out his career as a brick-layer in East London.

This afternoon, West Ham announced the sad news that their co-chairman David Gold has passed away following a ‘short illness’.

The business mogul leaves behind two daughters and fiancé Lesley Manning, who previously worked as a beauty therapist and to whom he was engaged for 15 years. 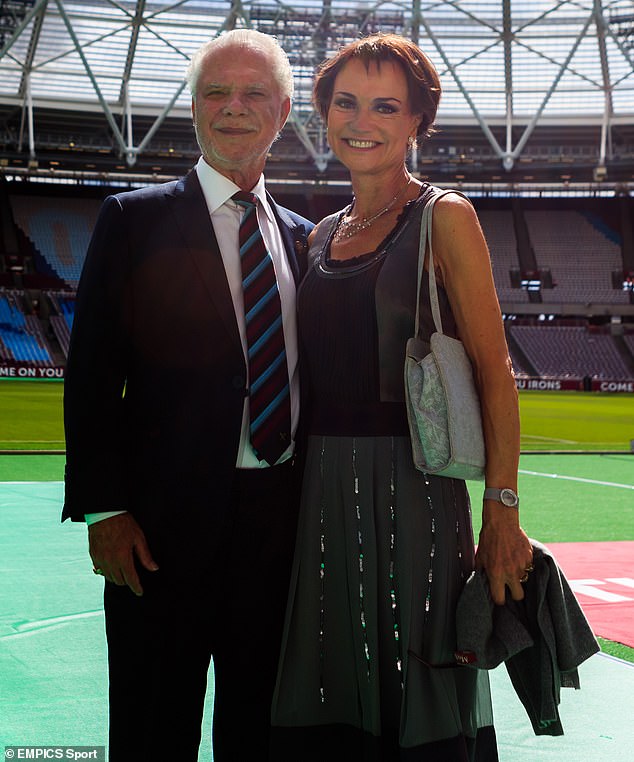 Here FEMAIL delves into how the late businessman found love again after the end of his ‘disastrous’ first marriage.

In his 2006 biography Pure Gold: My Autobiography- The Ultimate Rags to Riches Tale, the businessman opened up about his first marriage to Beryl Hunt.

The couple tied the knot in 1957 and David said things started to turn sour six weeks into their marital life together.

He explained: ‘I married my first girlfriend, Beryl. It was a disaster for both of us, almost from the very start, but in those days if you made a mistake you kept quiet and stayed together.’ 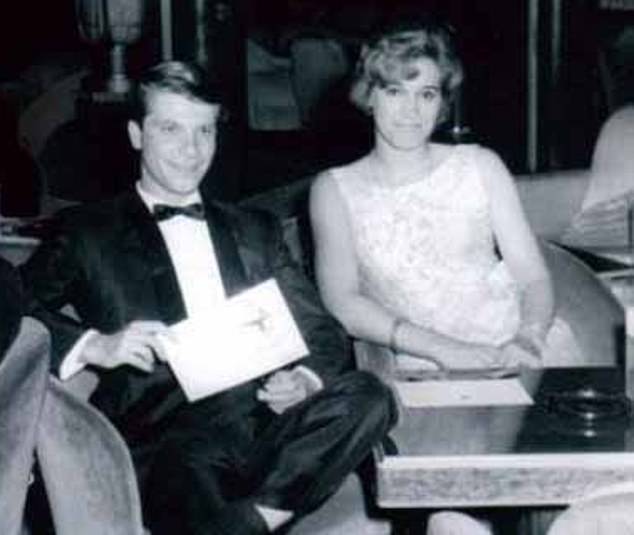 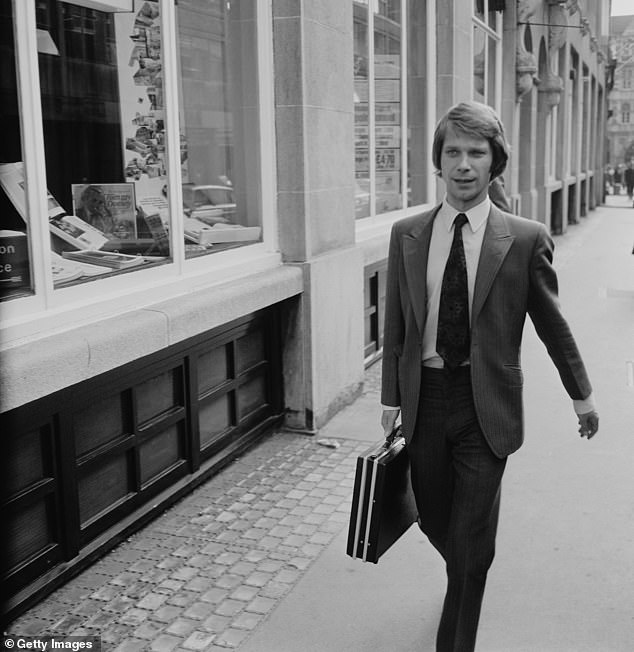 David explained how the couple butted heads on their honeymoon to Majorca when Beryl wanted to take the ferry because she was too scared to fly.

In a bid to save the relationship, David says he confided in his mother-in-law – who told him that having a baby would turn Beryl into a ‘different person’.

In July 1960, the couple welcomed daughter Jacqueline – who clearly inherited her father’s business prowess and went on to found lingerie chain Ann Summers.

Seven years later, the family-of-three became a four when Vanessa was born. 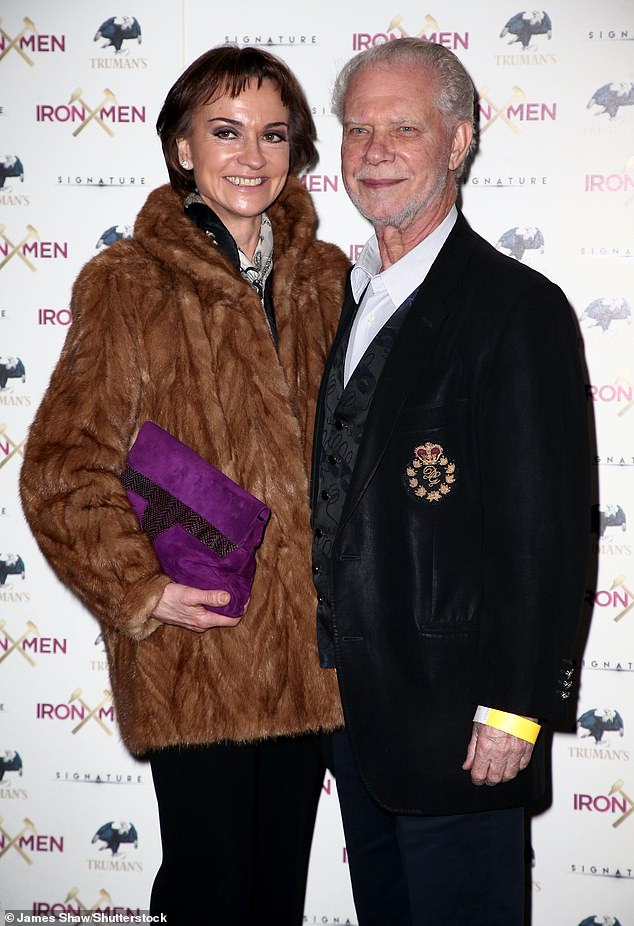 However in 1972, the couple’s relationship took a dramatic turn when David discovered his wife cheating on him in the family home.

To make matters worse, he had just returned home after finding out his father Godfrey taken two of his brother Ralph’s three shares in their business Gold Group International.

David wrote: ‘I walked through the front door into the study and stood looking out of the window down on to the swimming pool, and there in the water was my wife and my best friend, John, having sex.’

Rather than confront them, David says he got straight back in his car and returned to the office to figure out how to deal with his brother and father. 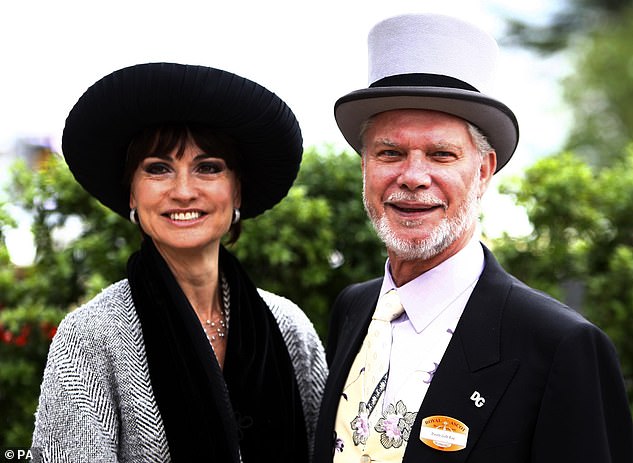 Gold dressed up at Ascot Racecourse, Berkshire alongside his fiancée Lesley Manning in 2008 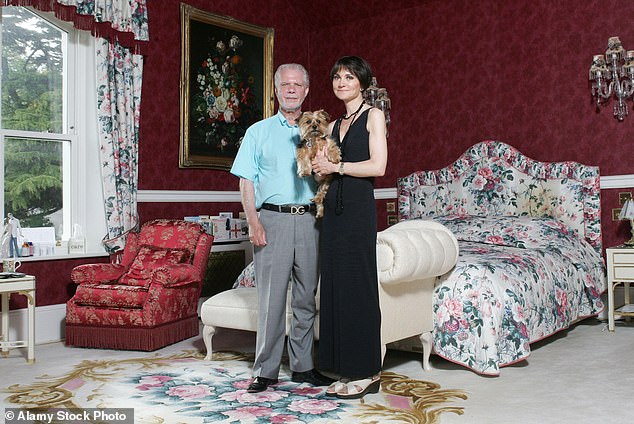 Although he didn’t tell his wife what he had seen, he said he moved out of their bedroom but remained in the ‘sham of a marriage’.

The following year, David claimed he attended a party at John’s home when his 21-year-old wife Sue ‘made a play for him’.

He alleges that Sue, John and Beryl had all agreed that they should ‘swap partners’ and were simply waiting for him to agree to the arrangement.

Despite not disclosing how long he was in a relationship with Sue for, David said they eventually lost touch. 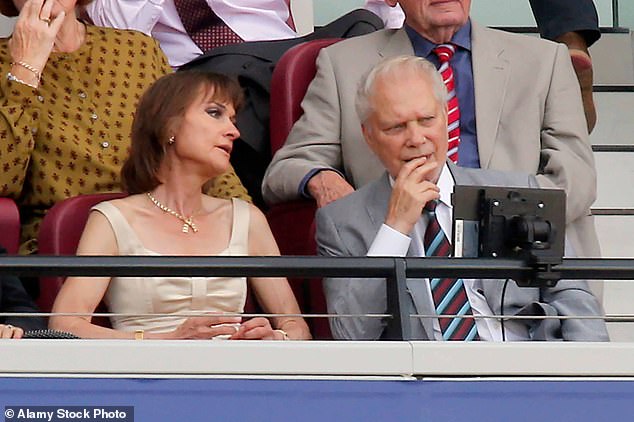 The couple pictured attending a West Ham match in September 2018

David remained in the marriage until 1977 to provide his daughters ‘stable environment’. After their separation, Beryl went on to marry John and remained with him until her death in 2003.

He added: ‘Beryl was my first serious girlfriend so I didn’t know how fulfilling and rewarding a loving relationship could be.’

In 1998, David was having dinner with some friends in a tapas bar in Purley when he met the love of his life Lesley Manning through a mutual pal.

Although he admits it wasn’t a case of love at first sight, David said the two had ‘instant chemistry’ and was struck by her elegance. 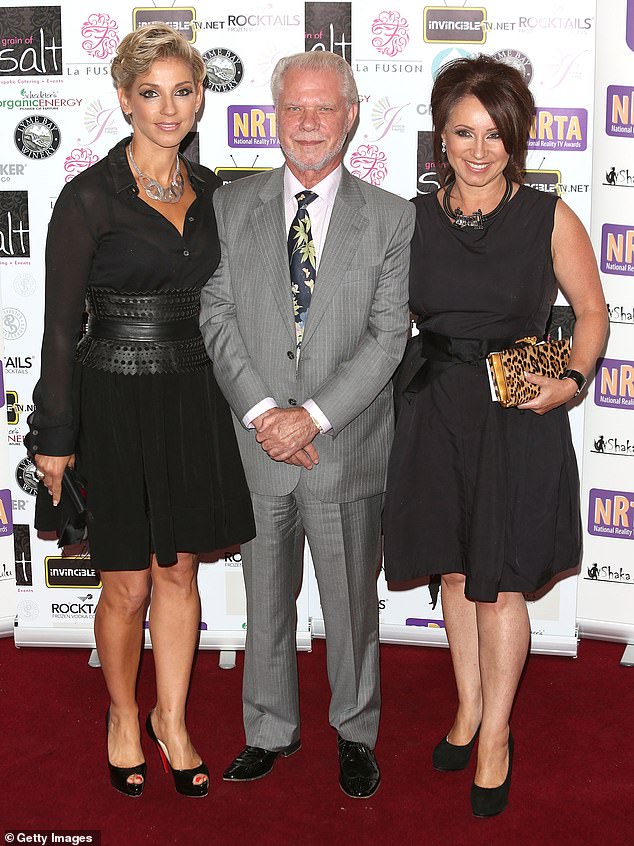 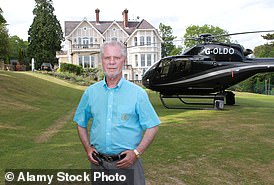 Even though her new relationship thrust her into the limelight, Lesley has made an effort to remain as private as possible.

She reportedly worked as a beauty therapist before going on to own her own salon in the small village of Hurstpierpoint in West Sussex. When she met David, she had been divorced for five years.

The late businessman said the couple knew their relationship was ‘special’ weeks into dating and David recalled turning up to her home for their first date with a bottle of champagne, which he proceeded to accidentally spray all over her kitchen.

Afterwards, David said Lesley had made him feel like a ‘teenager again’ and the couple got engaged in 2007.

Although they never married, Leslie and David lived together for the remainder of his life in their mansion in  Caterham, Surrey.

Gushing about his partner of 24 years, David told readers: ‘Don’t be negative thinking this is “it” for the rest of your life, because things happen. In my case it was Lesley, and the impact was enormous.

‘She has changed my perspective, my aims and my ambitions. I am content, my companies are flourishing, my lovely daughters are happy and prospering in the business, and I have my football club, my flying, and my homes. In a sense, my life is complete.’

The wife vowing to ‘fight’ alongside Martina Navratilova: Final Miss USSR-turned-Real Housewife of Miami Julia Lemigova – who braved the mysterious death of her baby son – will support the tennis pro through cancer

New WAG on the block! Enzo Fernandez’s teenage sweetheart Valentina Cervantes ‘dropped out’ of English teacher training to follow the midfielder to Lisbon (and he’s set to become the Premier League’s most expensive EVER signing!)

Rishi’s ‘austere billionaire’ mother-in-law! Akshata Murty’s mother Sudha is an ‘underestimated force’ who made her daughter drop out of a school play rather than buy her a costume and has a ‘100% no shopping policy’