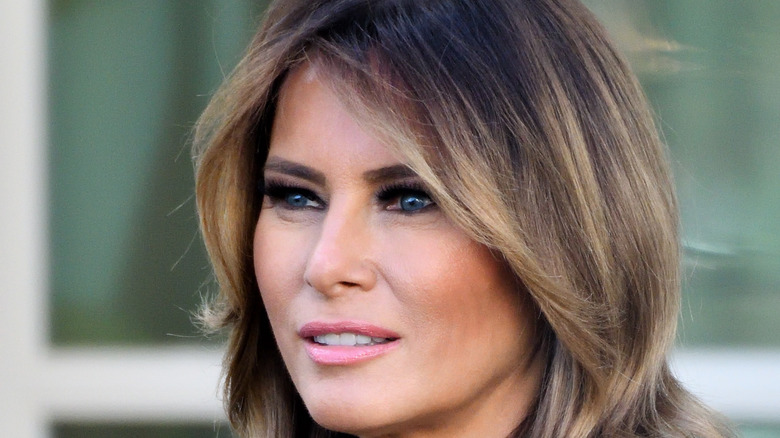 From the time her husband’s presidential campaign kicked off in 2016 until they set foot in Florida on January 20, 2021 Melania Trump lived life in the public eye. There was plenty of scrutiny — and plenty of criticism — all involving the things she wore, the statements she’d made or didn’t make, the changes to the White House that she’d undertaken. And now that she’s no longer in the White House, a political source has told People that she’s not interested in doing that all over again, thank you very much.

“Melania does not like being in the public eye and has made it clear that she isn’t interested in doing it again. “She likes family and her private life. The media glare is not for her,” the source says. And if there was any lingering doubts over how Melania might have felt about the whole thing, the source added “She was relieved when her husband’s term ended.”

Being out of the White House has meant that Melania now has more time to spare for their son Barron, who has just started school in West Palm Beach, and there is plenty to keep her busy: “She is totally involved with Barron’s education, after-school activity and overall well-being,” another unnamed source said. “She is not one bit interested in another campaign, and certainly not participating in it.” 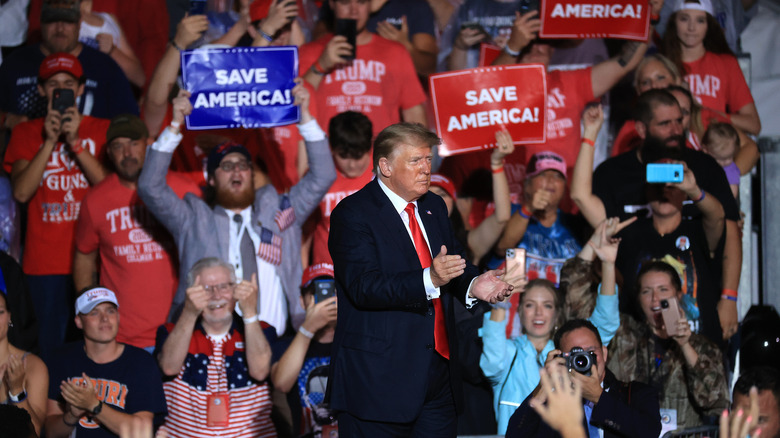 It’s not difficult to see why Melania isn’t keen on returning to the White House, and that’s because many voters appear to dislike her, as much as it looks like she does them. When her husband had wrapped up his term of office, Melania had a popularity rating of 42% — making her the least popular first lady since records were kept, even though her favorability was streaks above Trump’s which sat at 33% (via Refinery 29).

So is she watching her husband’s will-he-or-won’t-he dance with his fan base with more than a bit of trepidation? What are the odds of Trump actually running for president again? That’s still all up in the air. “Nothing has been decided about whether President Trump will run in the next election. At this point it is all speculation,” the source told People.

Trump voters have put Melania on a pedestal 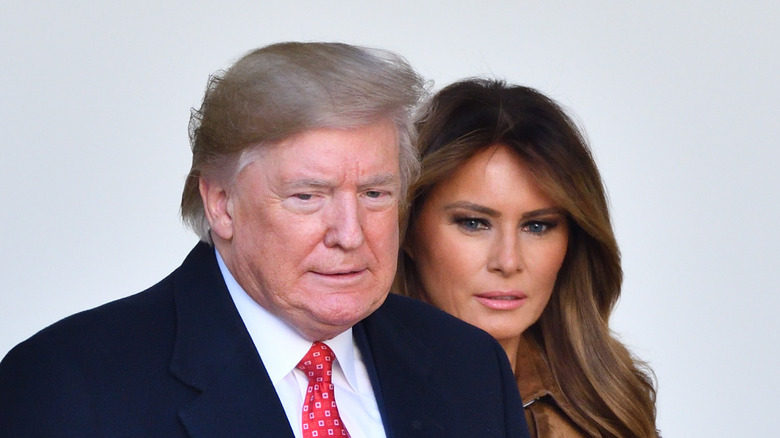 There is one more thing to remember. As the source told People, “The constant chatter about it gives him [Trump] the opportunity to raise money, which he is very good at doing.”

Is Melania’s absence a liability? Not really, says CNN’s Kate Bennett, who says that Trump’s MAGA base is pretty much used to not having Melania around. Not that it bothers them because as a former Trump administration official said, “The Trump voter puts [her] on a pedestal. They’re awed by the way she looks or the way she basically doesn’t express ideas or opinions, which they see as stoicism and loyalty. For them, that’s enough for fealty.”

Instead, if a campaign does get underway, expect to see the likes of Trump’s daughter-in-law Lara, or  Don Jr’s girlfriend Kimberly Guilfoyle, both of who have the same appetite for politics as Trump himself does.