The Disney+ Marvel series Moon Knight is a significant departure from the typical family-friendly Disney show. It is more violent than other Marvel universe shows such as WandaVision and Loki. The show’s unique twist on the superhero also features some not-so-kid-friendly scenes some Disney fans may find disturbing. 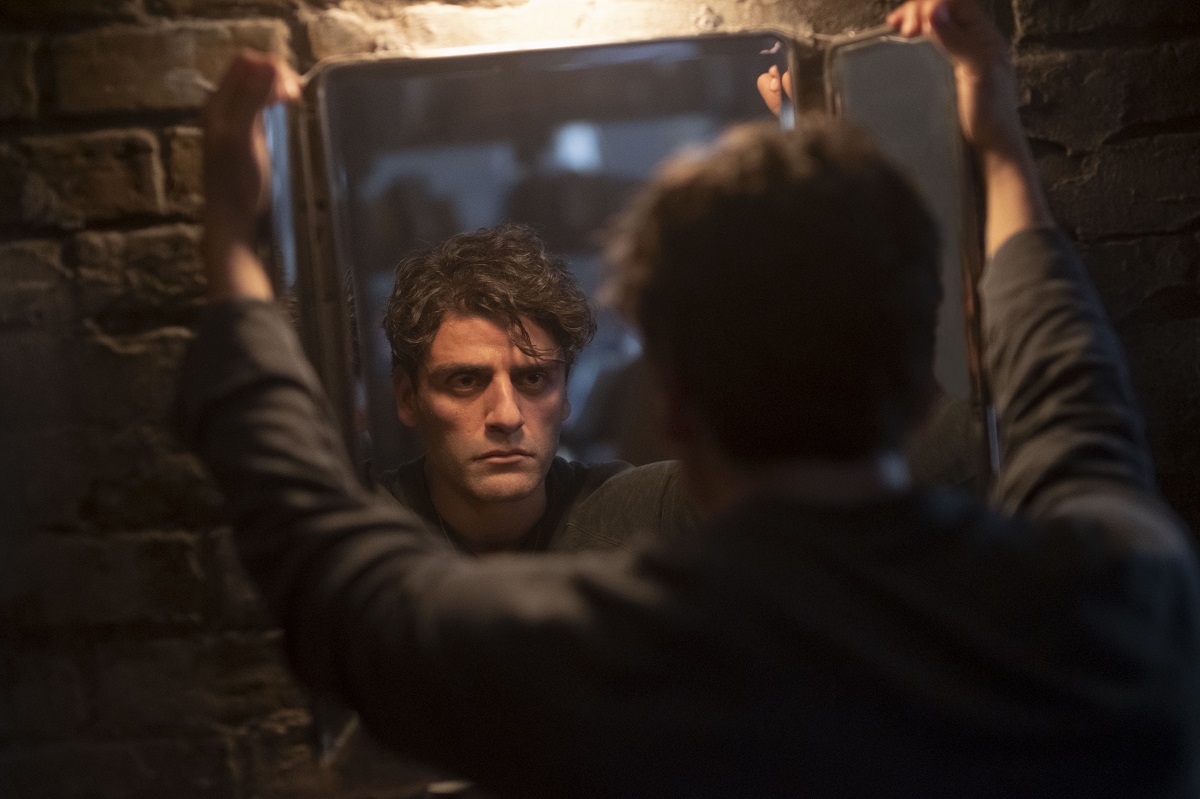 The show features actor Oscar Isaac as a superhero with a dissociative identity disorder. He shares a psychic connection with the Egyptian god of the moon, Khonshu. Isaac plays two distinct characters who inhabit the same body. The show begins with him as a mild-mannered museum gift shop employee named Steven Grant, who has frequent blackouts.

By the end of the first episode, we learn about his disorder. His other persona is Marc Spector, a troubled vigilante with supernatural abilities. Spector inhabits Grant’s body when he is sleeping. Spector is the avatar of the Egyptian moon god Khonshu, a vigilante god who seeks to right injustices.

Ethan Hawke plays Arthur Harrow, a cult leader controlled by Egyptian goddess Ammit who passes judgment on people based on future crimes. Harrow was Khonshu’s previous avatar before Spector. Harrow and Spector are both after a scarab amulet, a compass that directs its holder to the Tomb of Ammit.

Why is ‘Moon Knight’ more violent than other MCU shows?

According to ScreenRant, the scenes showing the Moon Knight covered in blood are very intentional. They are trying to match the comics with the dark brutality and violence of Spector. The Moon Knight wears all white so that his enemies can see him coming. The show also features scenes depicting violent images ranging from Moon Knight mercilessly beating an invisible opponent who appears to already be down in a wrecked and barely illuminated restroom to another showing Grant covered in blood.

The first episode highlights the perspective of Grant, and the audience begins to understand the nature of his disorder as the episode progresses. The gore in this episode isn’t as noticeable but rather implied, except for a brief moment of body horror due to a jaw injury.

However, as the Moon Knight persona takes over in future episodes, we will see more instances of supernatural violence and brutality, although it won’t be an all-out gore-fest. ScreenRant compares Moon Knight to Daredevil concerning the amount of violence and gore. Interestingly, Moon Knight has a rating of TV-14, while Daredevil’s is TV-MA.

Where does it fit into the Marvel universe?

Although this show doesn’t yet have a clear place in the Marvel Cinematic Universe, some clues help viewers connect the dots. According to Looper, one of the teasers for the show has information that helps us figure out where we are in the chronology. Grant transforms into Moon Knight when pressed up against a double-decker bus in the “Secret Agent” ad. There is a GRC, or Global Repatriation Council, advertisement on the side of the bus.

The Global Repatriation Council will sound familiar to The Falcon and the Winter Soldier fans. This group was founded after the blip when people snapped out of existence by Thanos returned. So Moon Knight takes place in a post-blip future.

Moon Knight consists of six episodes, around 40-50 minutes each. New episodes release weekly on Wednesdays on Disney+ through the May 4 finale.