LIONEL MESSi and Co were treated to a heroes' welcome on their return to Argentina following their historic Copa America victory. 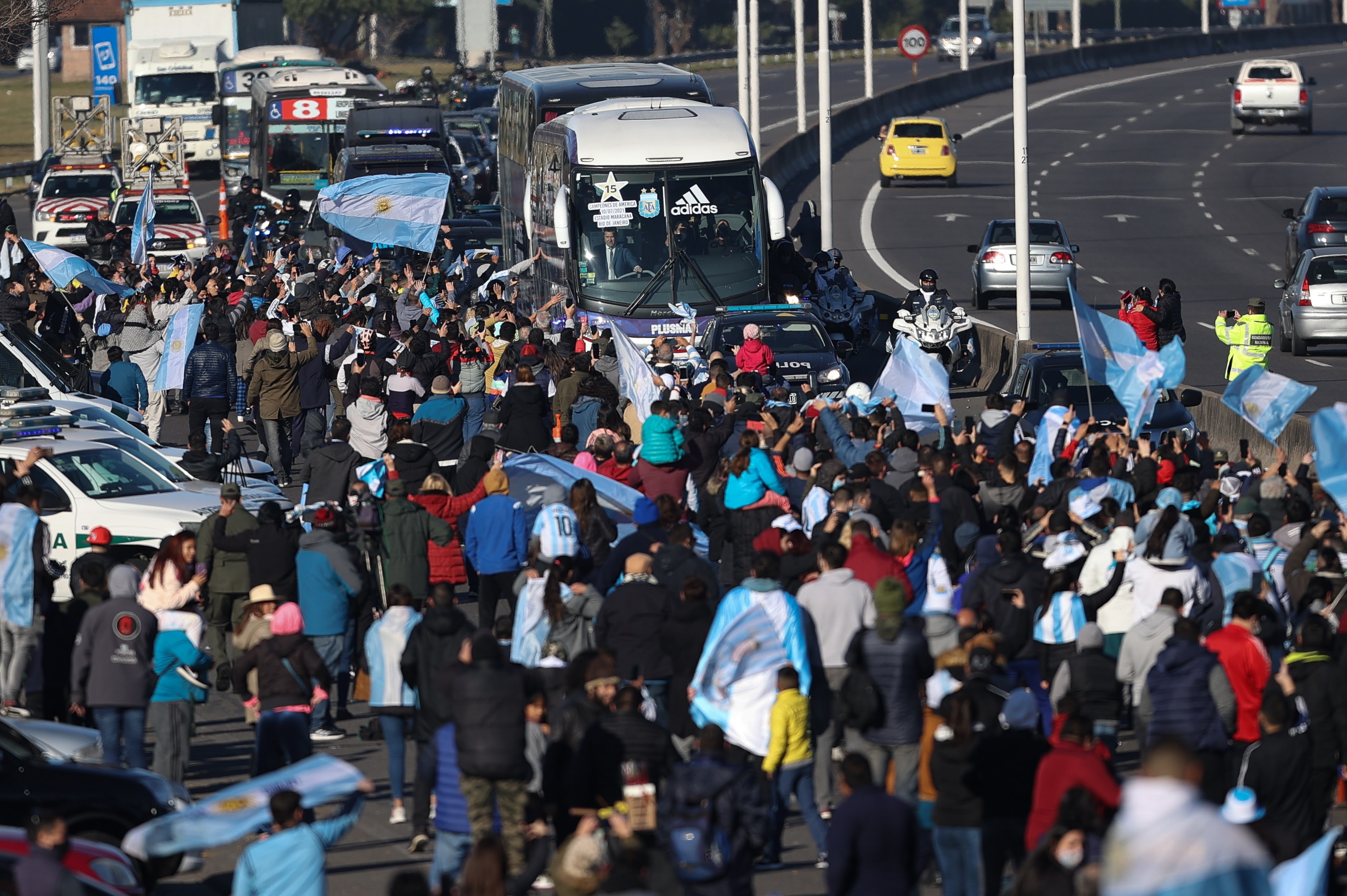 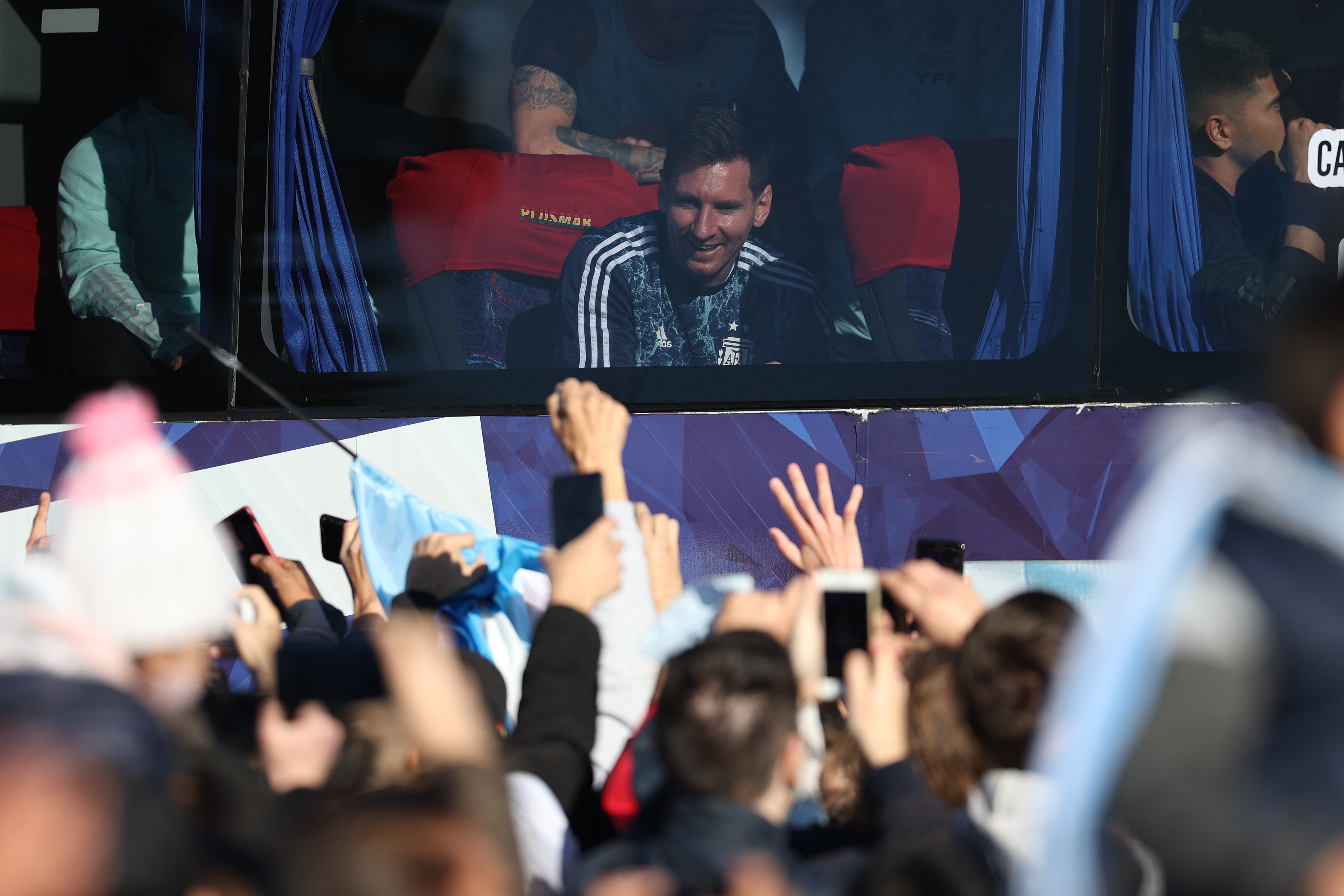 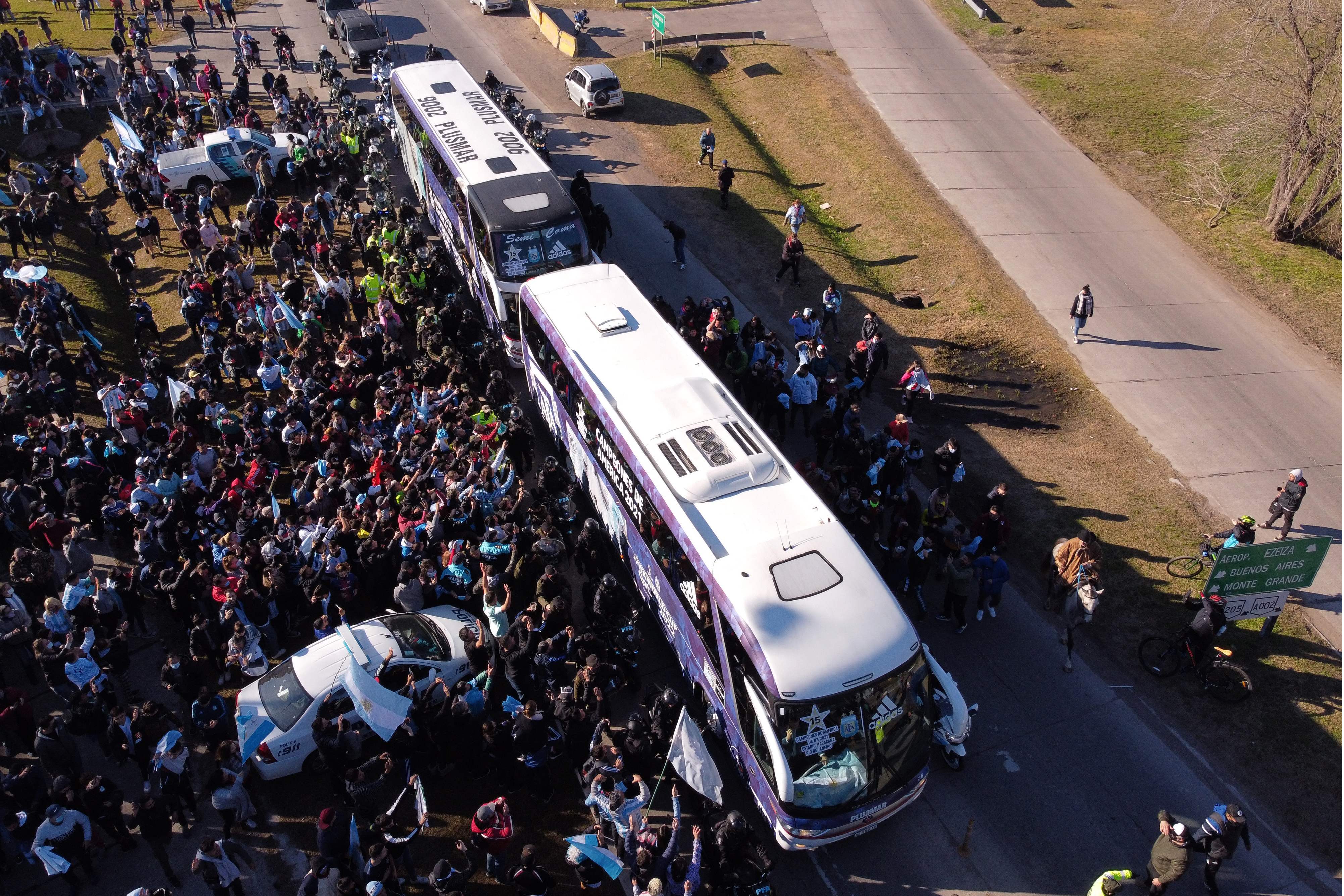 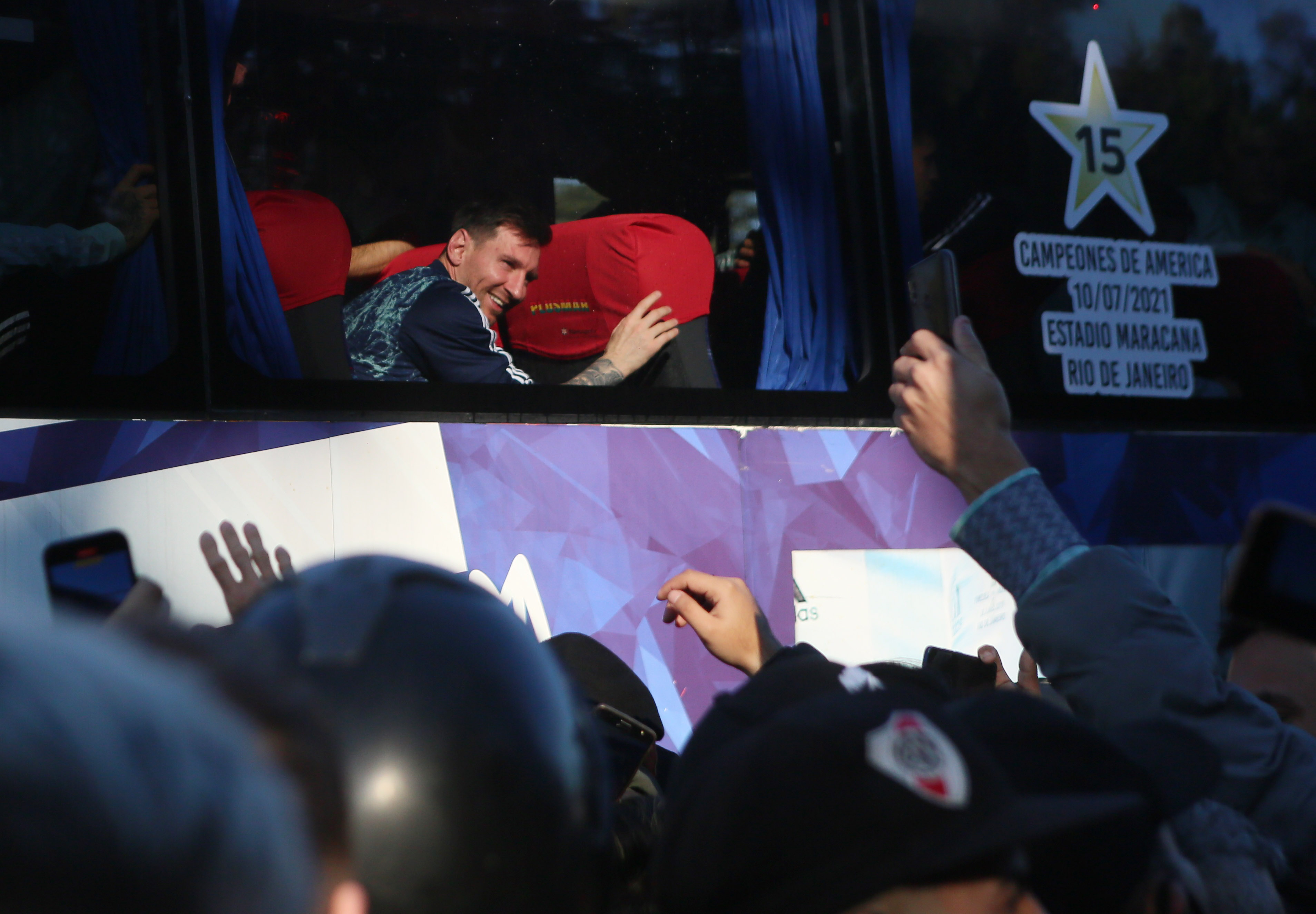 Angel Di Maria's chipped, first-half effort was enough for the Argentina to lift the famous cup.

In doing so, Messi FINALLY broke his international trophy drought having won everything during his stellar club career with Barcelona.

And after travelling home to capital city Buenos Aires, the Argentina squad were treated to a raucous welcome from ecstatic supporters.

Fans waving scarves and flags mobbed the team bus and tried to get a photo of their heroes as they cruised through the city.

The superstar forward, currently a free agent, grinned and waved as he peered out the window.

For Argentina, it's a first Copa America win since 1993, with the nation trophyless since.

Messi nearly tasted glory in the 2014 World Cup, but were down 1-0 by Germany after extra-time. 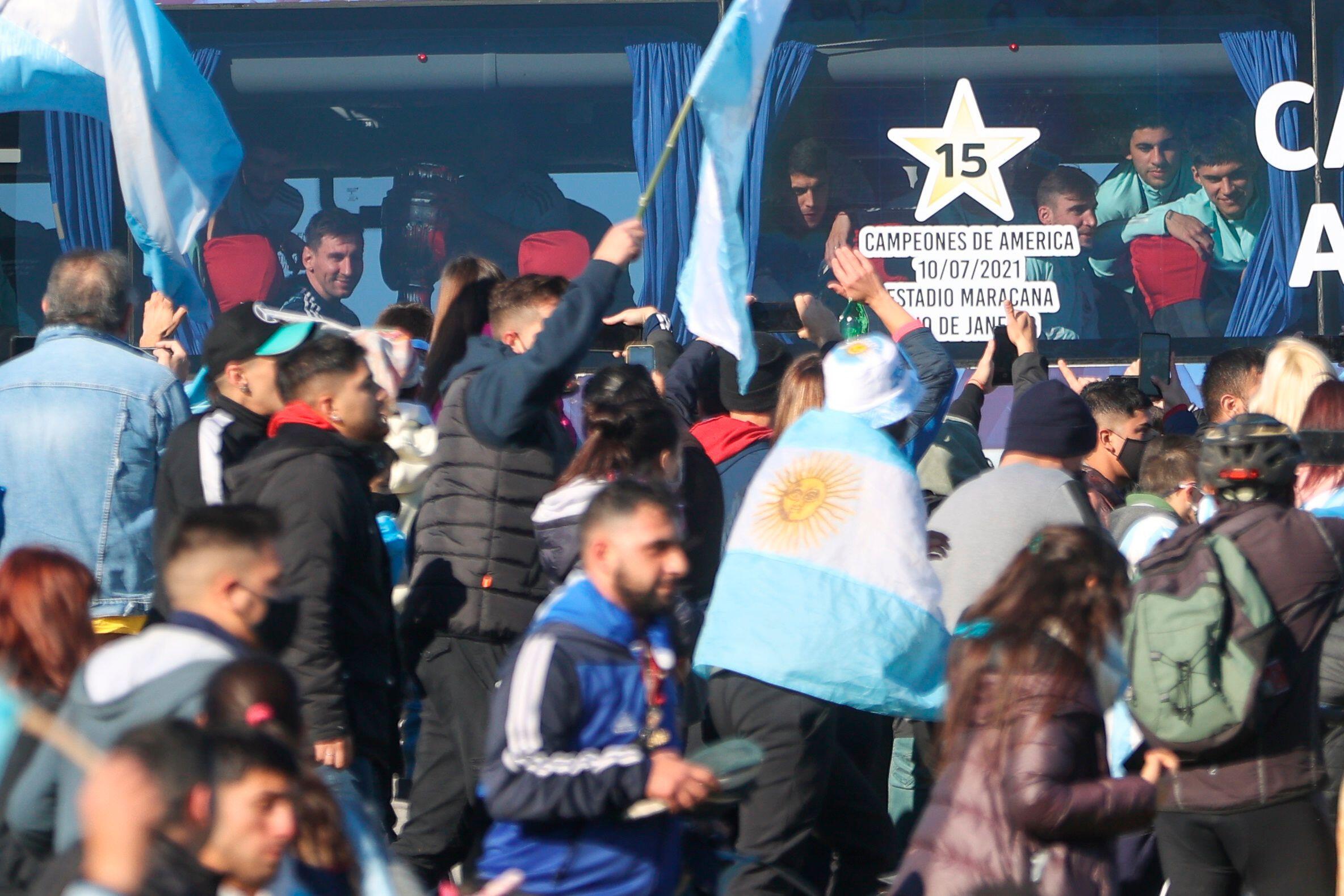 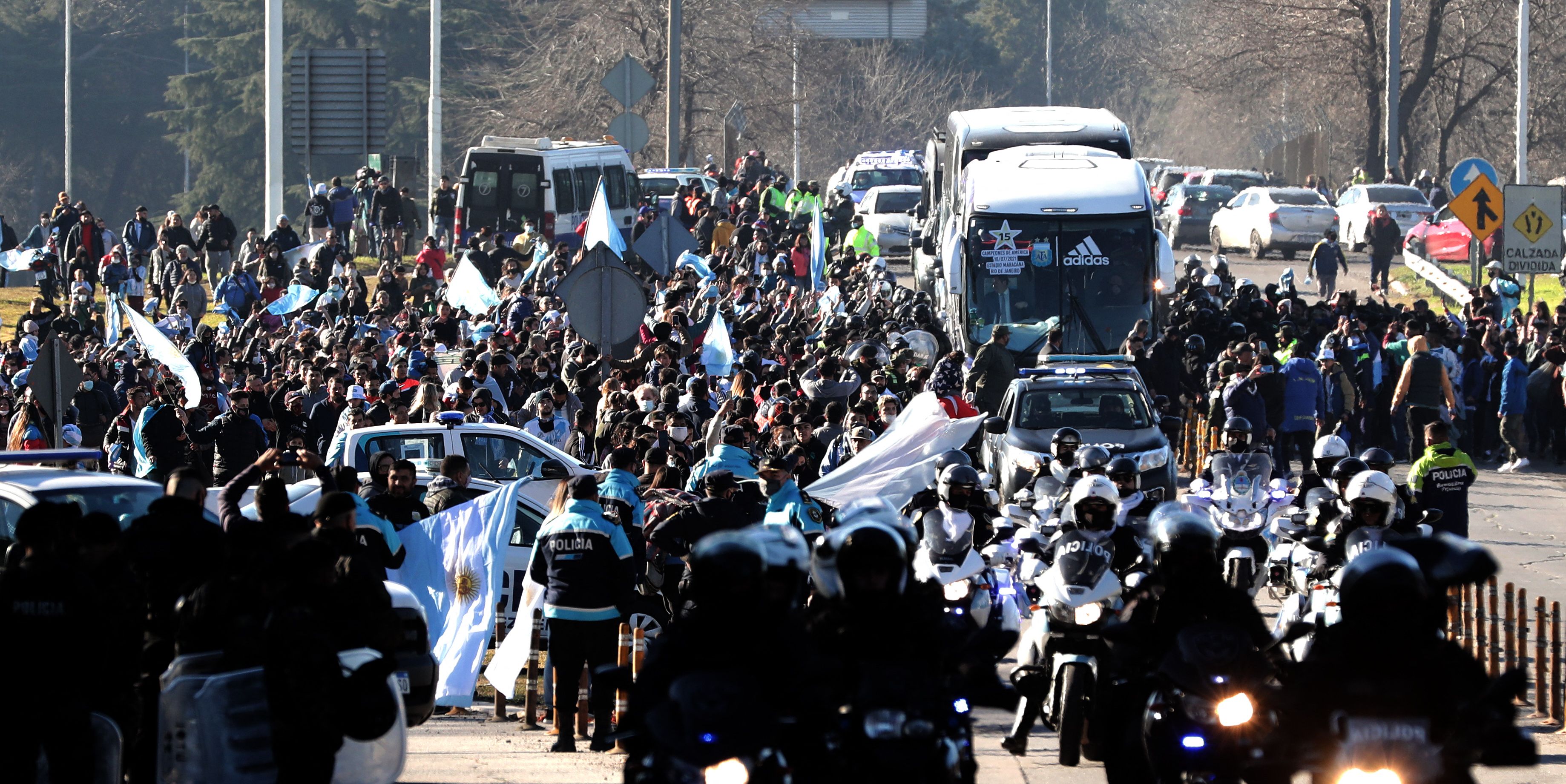 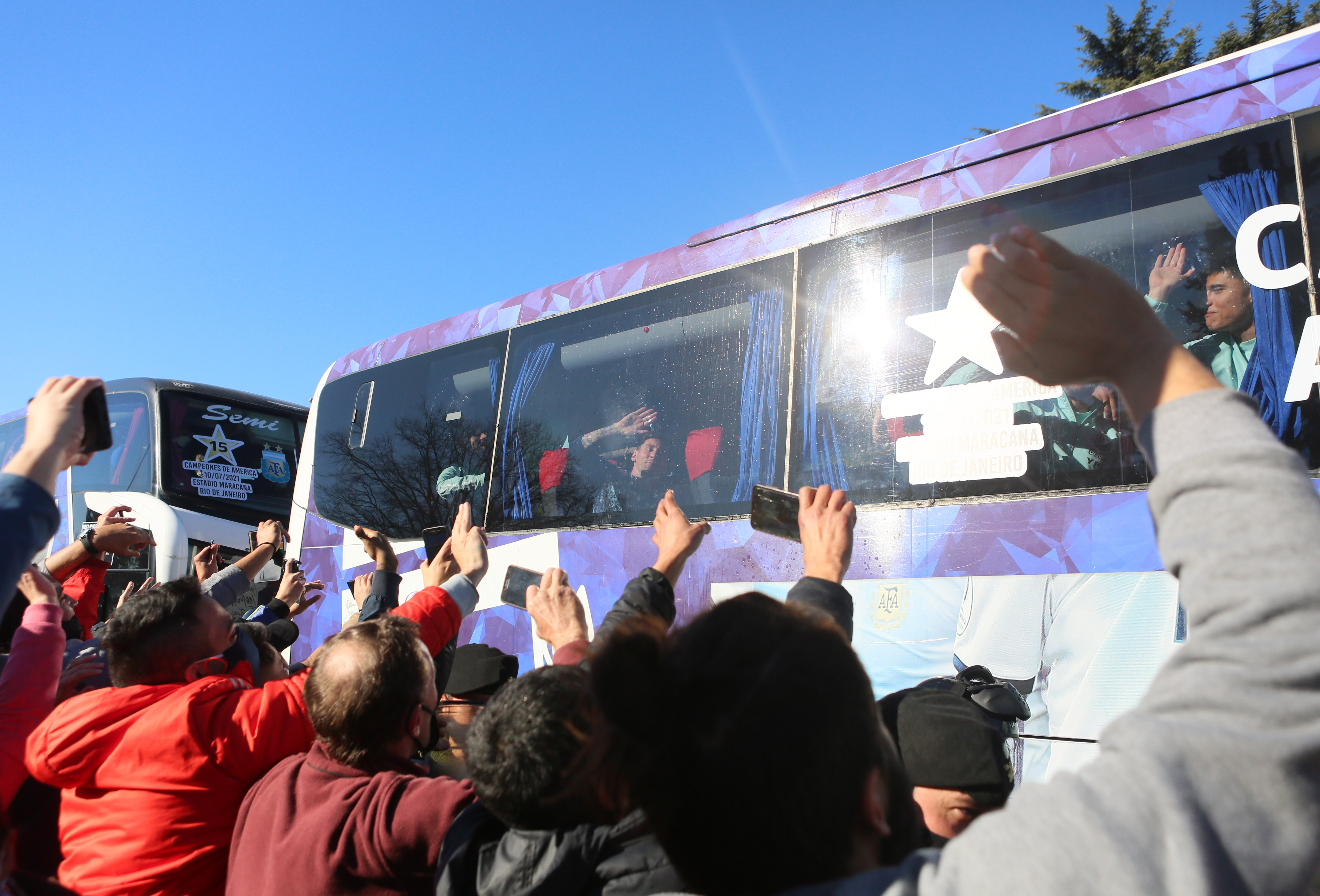 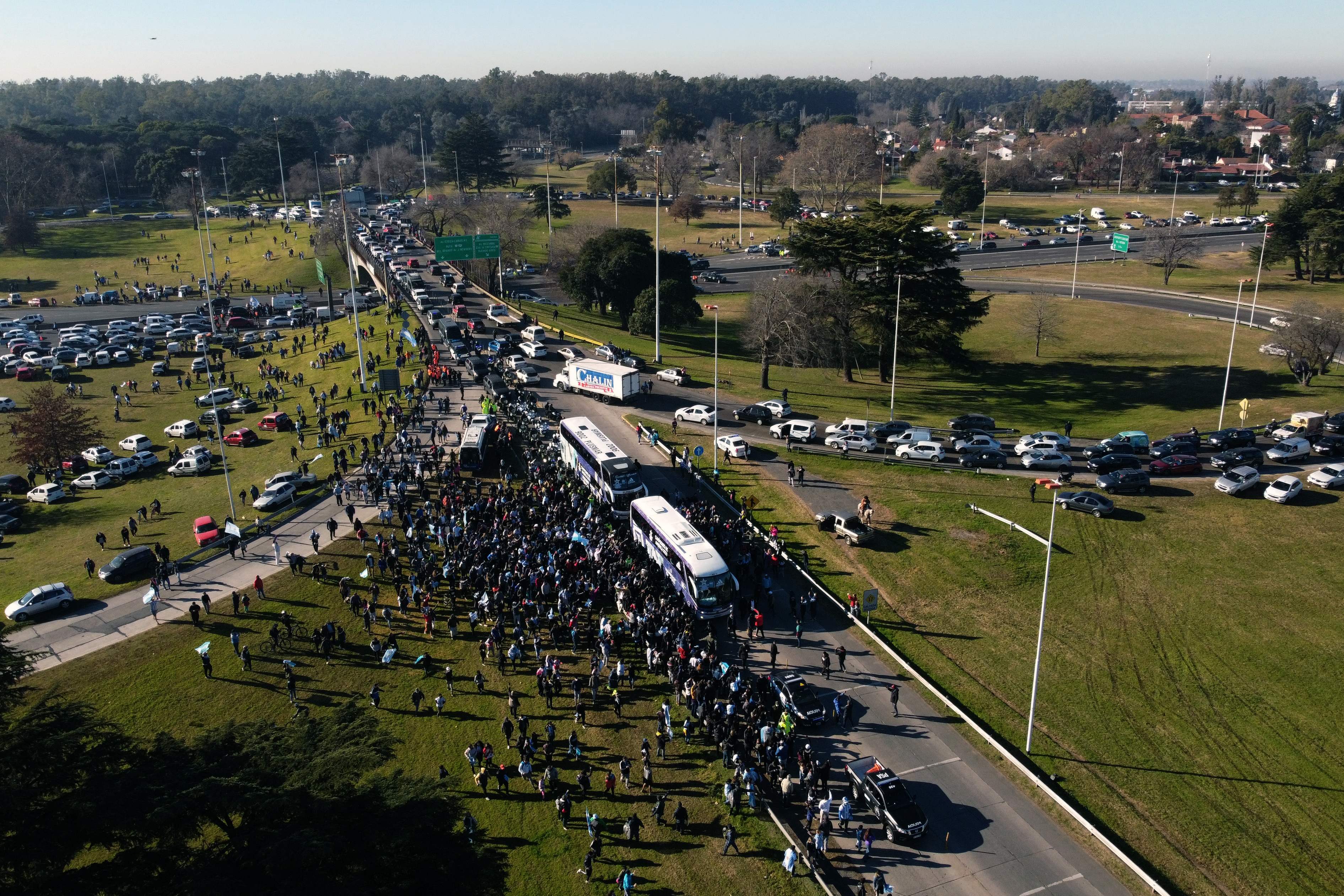 Argentina also suffered back to back Copa America final defeats to Chile in 2015 and 2016.

The latter of those defeats proved so painful that Messi was almost sent into international retirement.

But he returned to national team duty to captain Scaloni’s men to Copa America glory in what may prove his last-ever tournament final.

After the win, Messi proved his class by consoling a tearful Neymar on the pitch.

The Brazil and Paris Saint-Germain forward was in floods of tears after defeaton Saturday.

And Messi went over to check on the 29-year-old in an emotional embrace.

Messi was also seen sitting on the Maracana turf and talking to family on FaceTime.

Neymar spent four dominant years at Barcelona with Messi before moving to PSG in 2017 – with talk of a reunion either at the Nou Camp or in Paris rumbling on in the past few months.