An Antiques Roadshow guest brought along a Japanese dip pen and matching pencil for expert Mark Hill to evaluate and was left gobsmacked by his final conclusion. The rare item was in excellent condition and the BBC show expert was fascinated by how the item came to be in the guest’s possession. The guest was impressed with Mark’s initial valuation but was left speechless when he revealed how much more she could expect to get for the item considering its condition.

Mark began: “So when did you last write a letter?” to which the guest replied: “I really can’t remember.”

The expert continued: “Well, actually, nor can I. I always try to do Christmas cards if I can but I think, you know, with emails and the digital age, we’ve kind of forgotten the art of writing, I suppose.

“And if you were writing a letter by hand in the 1920s or 30s and you were a rather wealthy person, you might have written a letter with this pen here.

“And it doesn’t look much like a pen. But if I unscrew this… I’m doing it right, aren’t I? 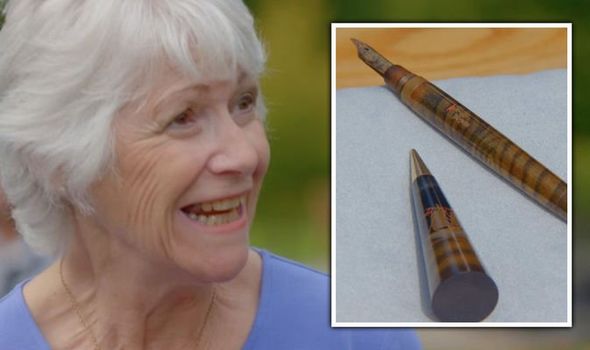 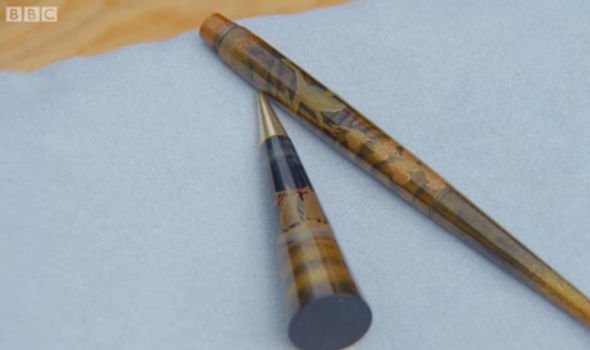 “So you unscrew that, swizzle it around, and there it is.

“There’s the nib and it turns into a little dip pen. And next door to it, by the same maker, we have a bridge pencil.

“Recognisable from its conical shape. So I’m guessing you had a very wealthy, letter-writing, bridge-playing ancestor.” 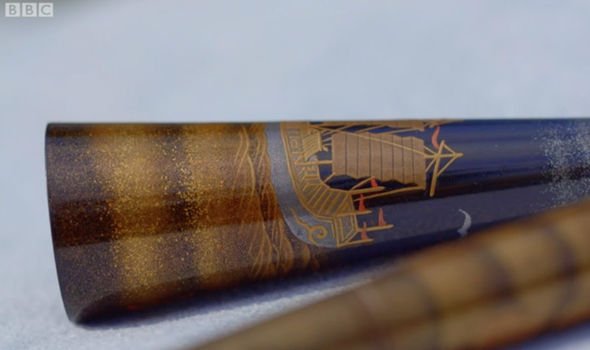 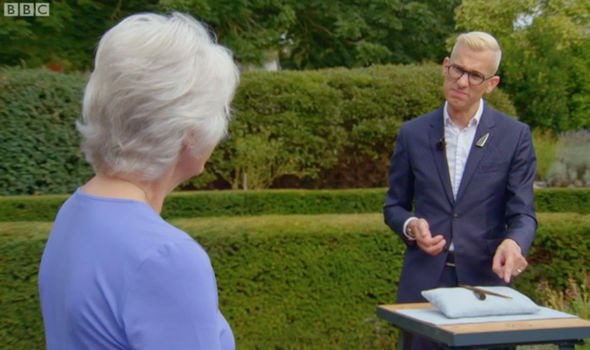 Mark continued: “So what’s the story?”

“Well, it came from my late first husband, who was very much into antiques. Didn’t collect anything in particular,” the owner replied. But just small interesting items and particularly of oriental origin.”

“So this pen was made in Japan in the 1930s by a company called the Namiki Manufacturing Co which was founded in 1915 by Ryosuke Namiki and Namiki’s pens were different because they were covered in lacquer.

“When I look at these pens there’s a number of features I look for. The first is the design and we’ve got is a frog and a lily pad here, quite a popular motif within Japanese art and then ship on that one.”

“The second point I always look for is the signature and the sign on this appears to be the same as on the pencil.

“So if I turn [the pencil] over you’ve got three series of marks there have you noticed them before?”

Yes,” the guest replied. “Yes I have,” and Mark asked: “Have you ever wondered what they mean?”

The owner shared: “I have tried to look online at the sort of recognised signatures and so on. I didn’t come to any conclusions about it but I did think they were interesting.”

“Yes they are very interesting and they give three different things so on the left-hand side you have two characters in gold and one in red and they both effectively mean the same thing. That’s the artist’s signature and then the artist’s monogram in red,” Mark explained.

“The artist, in this case, is Shobi Makizawa and he was born in 1880 and then just on the right-hand side there you have three characters that read ‘Namiki’ [sic].”

“But it’s in such good condition and it’s such in wonderful quality lacquer it could go to £30,000.”

“Oh gracious,” the owner commented. “I don’t know what to say.”

“That is good news,” the stunned owner remarked.

Antiques Roadshow continues on BBC One on Sunday at 8pm.