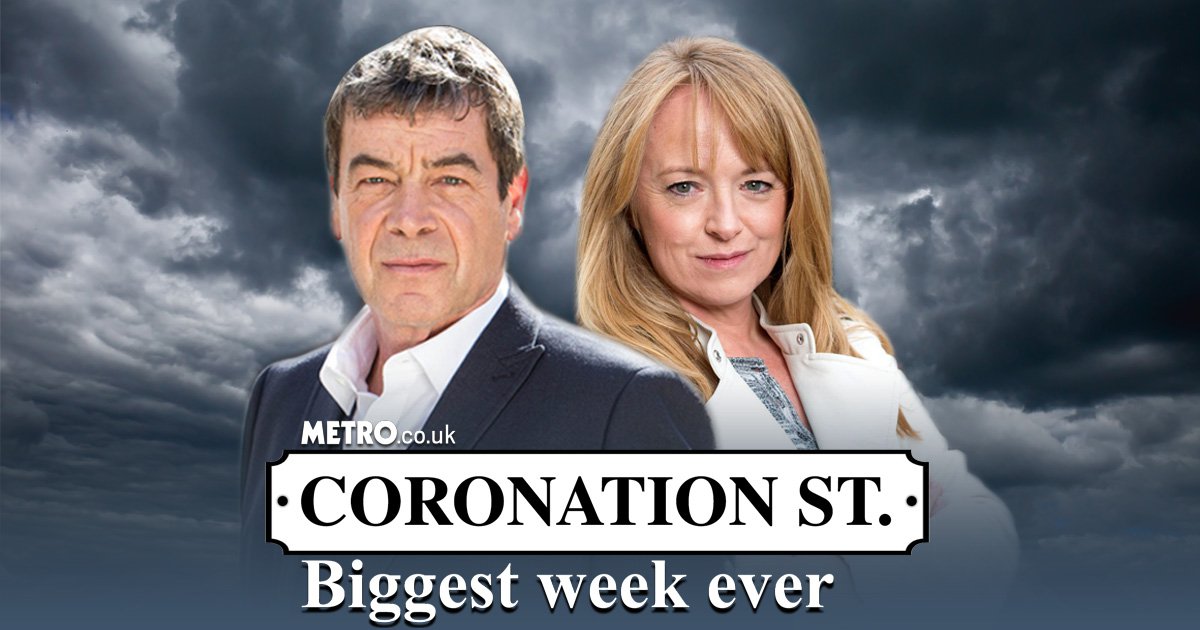 One of Coronation Street couples we expected to have a future was Jenny and Johnny Connor (Sally Ann Matthews and Richard Hawley) – but fate had other ideas. With a web of lies exploding, Johnny was jailed and the marriage fell apart.

The pair have since formed a strong friendship and there remains a deep bond and love between them.

So when Jenny’s life ends up on the line during a storm and a collapsed sinkhole, Johnny races to the rescue, a life without Jenny being incomprehensible.

Over at the Rovers, Jenny Connor is enjoying a new relationship with toyboy, Leo, but is stunned to learn that her ex hubby Johnny has plans to leave Weatherfield.

Keen to speak to Johnny she is distracted by her worries about Leo’s safety but, as she searches for him in the pouring rain, the ground literally opens up beneath her!

A desperate Johnny is determined to save her and edges ever near the giant sinkhole.

Will his act of heroism lead to him to his grave? Or will they both survive?

Show boss Iain MacLeod told Metro.co.uk: ‘Some stories lend naturally to this kind of action whereas others are normally grounded but Coronation Street has always welded this all together with a healthy dose of humour.

‘Circumstances push them together where they have to confront their lives and future – it’s funny, heroic, emotional and heartfelt. It’s a moment when you feel you can breathe but then you don’t know where to look as some other action is going to explode.

‘Jenny and Johnny are really the heart of what is a stunt filled movie-esque experience. They are the old fashioned Corrie heart of the piece.’