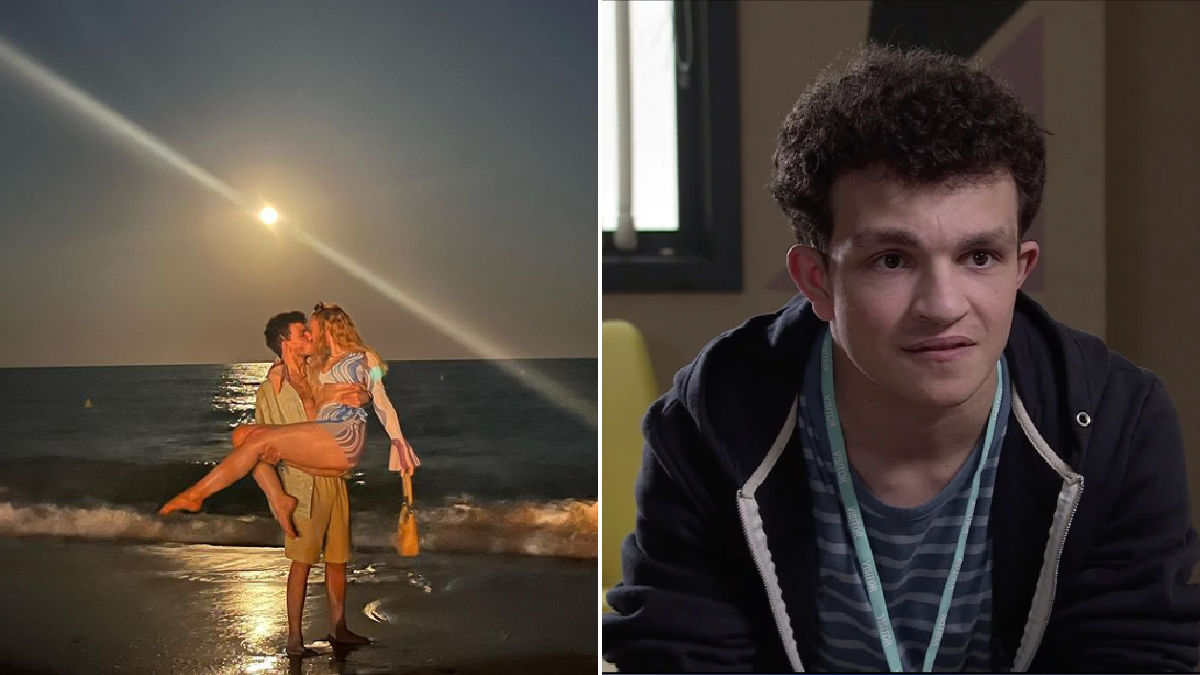 Coronation Street star Alex Bain and his partner Mollie Lockwood have been sharing some romantic pictures of their beach holiday in Spain – with the clearly loved-up couple sharing a beautifully-lit embrace by the sea in the moonlight.

‘Our first night in Spain. Someone told us beach pictures look cool,’ Mollie says of the picture, which was taken in Tarragona in north east Spain.

Alex and Mollie have been dating since 2019 and often post couply photos of themselves on their social media. In one snap Mollie says, ‘I just wanted to post some cute photos because I love him so much ❤️’

The Spanish holiday is a well-deserved break for Alex whose character in Coronation Street, Simon Barlow, has been going through some turbulent times recently.

Following Simon’s father Peter (Chris Gascoyne) discovering that Mr Thorne (Dominic Mafham), the surgeon who operated on him, had done the procedure quickly for a bet, Peter gathered the evidence he needed to make sure Thorne faced justice – only for Simon to get involved and allow himself to be tricked by the manipulative surgeon into giving up the recording that Peter had made of Thorne’s confession.

And as soon as Peter found out what had happened, he was furious with his son for ruining his one chance to ‘teach that spoiled scumbag a lesson,’ as he put it.