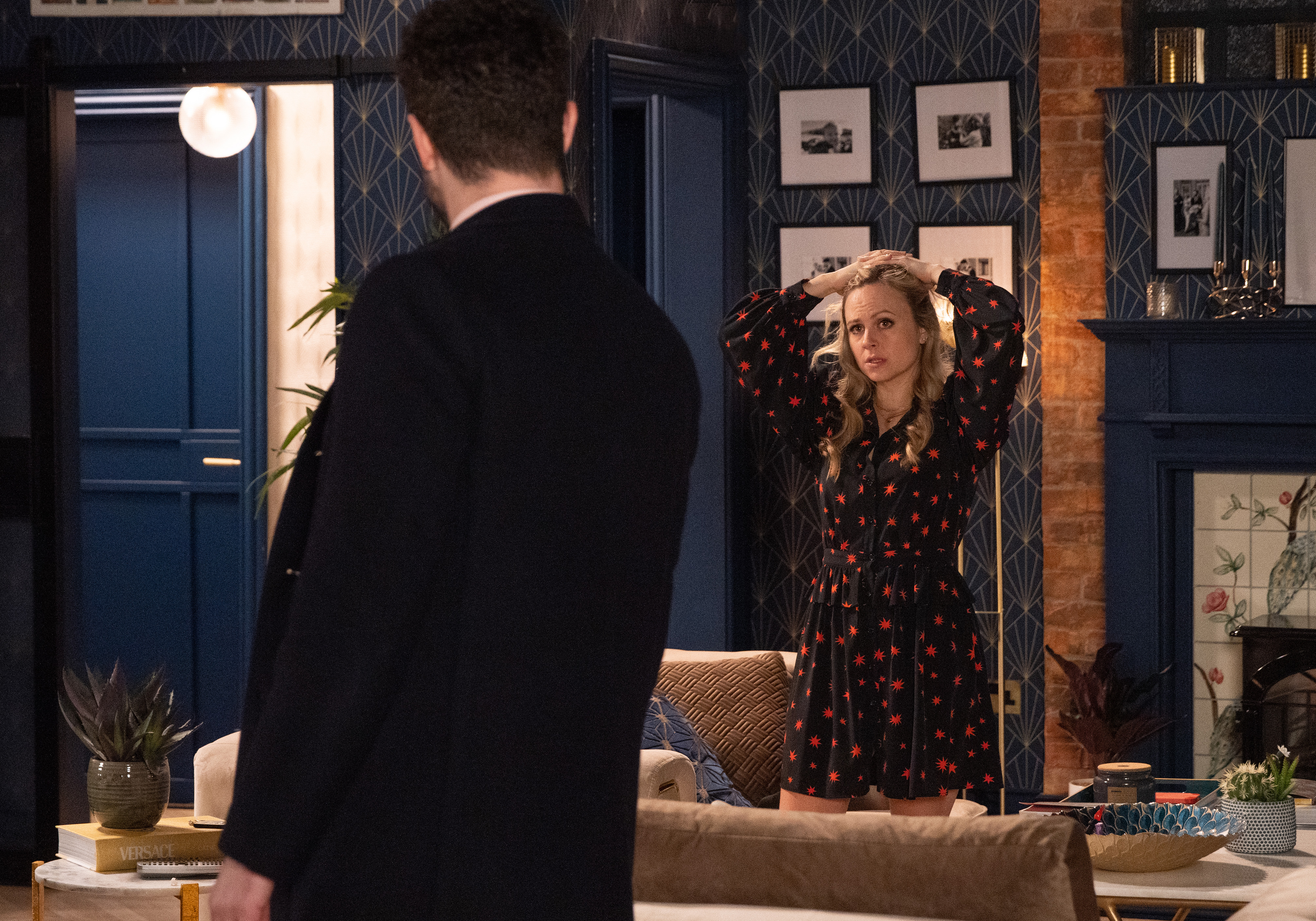 Lydia, as fans are aware, has a vendetta against Adam, who she used to date when they were at college. Believing him to have destroyed her life, the newcomer has made it her mission to return the favour.

After concocting an elaborate scheme, she told Sarah that she’s been in a relationship with Adam for months. Adam, horrified by the lengths she’s gone to in order to get revenge, has professed his innocence.

Sarah, however, has failed to believe him. In fact, she reckons that Lydia is telling the truth, and that Adam is not only a cheat, but also a violent person.

Adam has repeatedly attempted to convince her that Lydia is out to get him, but despite his efforts, Sarah believes Lydia’s pack of lies.

The question is: will she have second thoughts?

‘I think she will,’ actress Tina O’Brien told Metro.co.uk. ‘She absolutely loves [Adam]. She wanted to believe that what he’s saying is the truth but there’s so much evidence so she’s doubting herself.

‘She’s in a really tough place, the evidence is there and I think that’s why Adam is staying very true to what is the truth. But she’s like: “Look at all this evidence! I don’t know anymore!”.

‘She loves him very much but she feels so badly betrayed that she doesn’t think she could come back from the kind of betrayal.’

But as Tina said, Adam hasn’t actually betrayed Sarah, so their future will likely come down to whether or not he can prove that Lydia is lying.

If he succeeds, however, could there be a future? It’s a tough question.

‘Before this storyline I would have said they were unbreakable and really good together,’ added Tina.

‘But I think it’s also shown that Adam hasn’t been respectful of women over the years. He’s treated them like pieces of meat and he says he’s this changed man but I don’t know if he has grown up.

‘They’re trying to grow up together but they had so many problems before their relationship that they’re trying to become normal people together. But it’s up to the writers to decide if they can get over this!’

We’ll just have to wait and see!