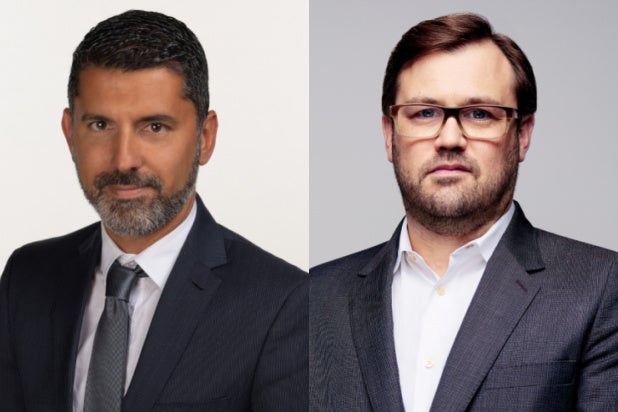 DAZN Group has announced a pair of Co-CEOS, Shay Segev and James Rushton. Rushton had been DAZN’s Acting CEO since June 2020. Segev comes over from sports betting and gaming company Entain.

“This is an important moment for DAZN Group as we deepen our leadership team and ready the organization for its next phase of growth,” John Skipper, DAZN Group executive chairman, said in a statement on Monday. “James has displayed tremendous leadership, navigating incredible challenges and achieving terrific results which have made us a stronger and more focused company.

“In Shay, we’re adding depth and fresh expertise to the team. He is recognized as one of the leading figures in online gaming and brings vast technology and operations experience to the role as well as an impressive track record in digital transformation.”

“It is incredible to be given an opportunity to lead a business with global reach and ambition as well as the technology and resources to deliver sports to the world,” Segev said. “This role allows me to combine my passion for sport and transformative technology to disrupt and improve the consumer experience.”

“Having been intimately involved in DAZN since its conception, I am pleased and excited to welcome Shay and lead DAZN Group together as we enter the next exciting chapter in our evolution,” Rushton said.

DAZN first launched as a streaming service in 2016.

While Skipper has maintained his title at DAZN, he is shifting away from day-to-day duties to focus on launching a news sports-focused content company with fellow ESPN alum Dan Le Batard.

According to Sports Business Journal, Skipper and Le Batard’s are looking to sell Le Batard’s new podcast, which he launched after his recent ESPN exit, and hire a staff to create sports-focused editorial content for their company with the expectation that the scope of content could branch out into other topics besides sports.

Le Batard, who was hired by Skipper in 2011 to join ESPN, left his longtime home at the network earlier this month, a decision that was announced Dec. 3. That followed his clash with ESPN executives when the network laid off Chris Cote, a producer on “The Dan Le Batard Show With Stugotz.” Le Batard called the move “the greatest disrespect of my professional career” on air, volunteering to pay Cote’s salary himself.

In a lengthy statement, Le Batard thanked Disney and ESPN for “a quarter century of absurd blessings,” adding: “To our loyal army of concerned fans, and to everyone who walked along and played an instrument in our Marching Band to Nowhere, know that it is a very exciting time for us, not a sad one. And that you’ll be hearing our laughter again soon enough.”