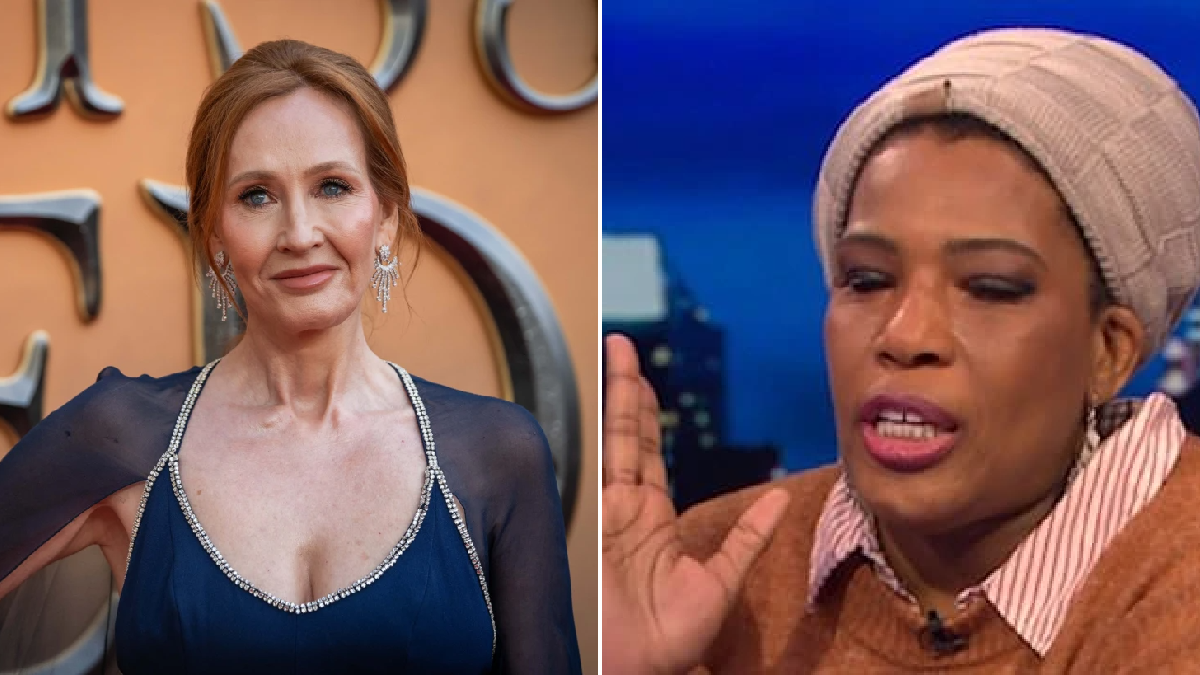 JK Rowling has vowed to buy all of Macy Gray’s back catalogue after the singer sparked backlash for her ‘transphobic comments’.

The singer known for her 1999 single I Try, appeared on Piers Morgan’s Uncensored last night where he, once again, probed his guest on trans women.

The former Good Morning Britain presenter, 57, said to Gray, 54, and his handful of viewers that we’re ‘in an era now basically where most public figures are too terrified to even say what they think a woman is’.

‘I know!’ Gray agreed, before she was asked to describe what a woman is.

‘I’d say a human being with boobs. You have to start there. And a vagina!’

The Harry Potter author who has caused massive upset with her determined and consistent Twitter posts which cause huge distress for the trans community, to put it lightly, has obviously backed Gray all the way.

During the interview, Morgan raised accusations of ‘transphobia’ aimed at Rowling for sharing similar comments.

‘But it’s the truth,’ said Gray ‘And I don’t think you should be called transphobic just because you don’t agree with, you know… there’s a lot of judgement and throwing stones at people for just saying what it is.’

While some backed the 90s singer, many were furious at her comments.

‘I didn’t have Macy Gray being a terf on my bingo card f**king yikes??? Vis women are so embarrassing like why the f**k you even care. Am I only a woman because of my parts? That’s all we’re limited to?’ one critic fumed.

‘This one really sucks,’ another disappointed fan wrote: ‘Everything going on in the world right now and Macy Gray decides to use her platform to instead call out people who are already oppressed and attempt to invalidate them.’

Yesterday, Better Midler also took aim at the trans community, claiming women are being ‘erased’ which is quite the take.

She wrote:’ WOMEN OF THE WORLD! We are being stripped of our rights over our bodies, our lives and even of our name! They don’t call us “women” anymore; they call us “birthing people” or “menstruators”, and even “people with vaginas”! Don’t let them erase you! Every human on earth owes you!’

While we have never heard the term ‘birthing people’, Rowling obviously shared the post in solidarity.