KYLIE Jenner has fans pleading for the star to quit using filters after she posts a seemingly altered TikTok video.

The 24-year-old often edits her social media photos and videos upon posting them to her platforms. 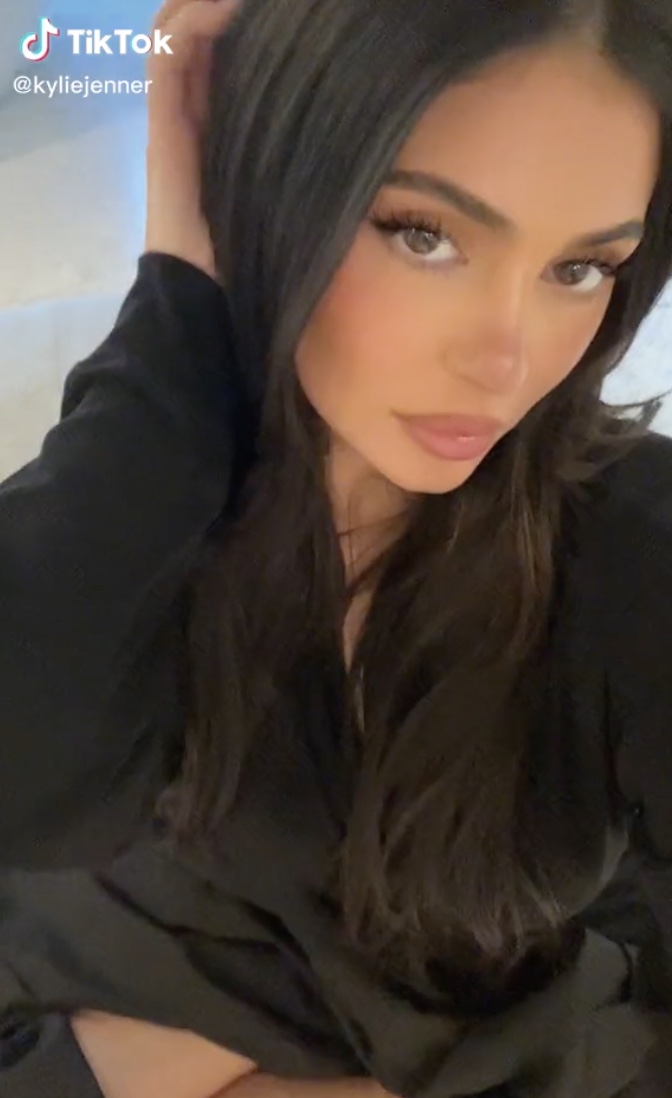 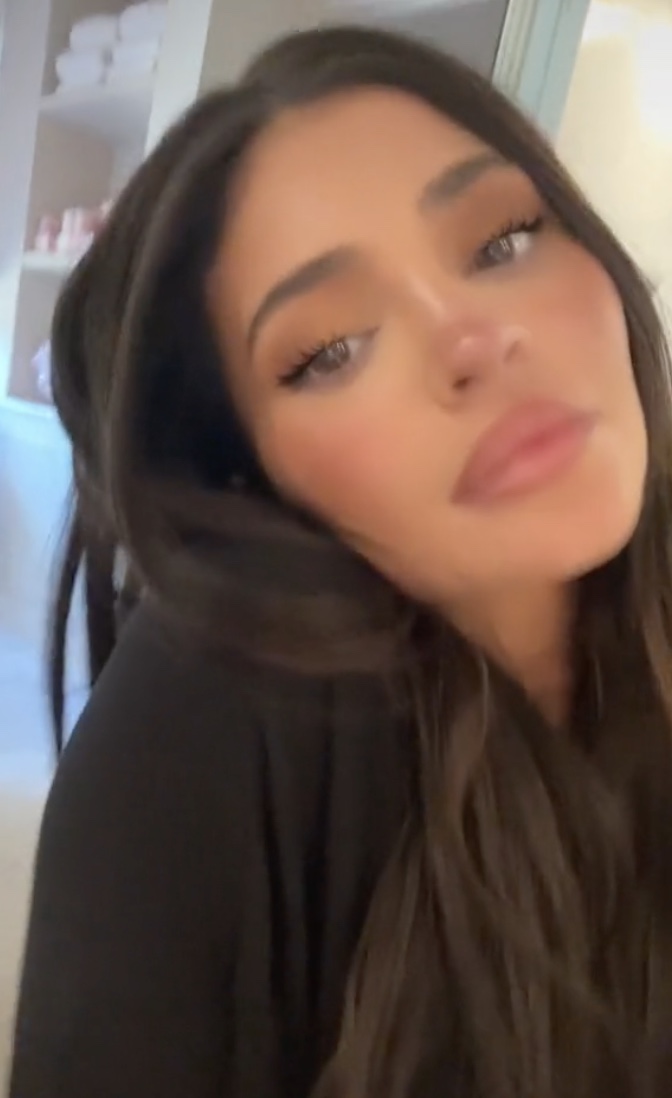 Kylie again transformed her look for her followers in a clip of her lip-singing to the camera.

The beauty mogul wore a loosely-fitted black ensemble while sitting on the floor of her $36million home.

She held the camera high above her head as she gazed at the lens, singing along to her baby daddy, Travis Scott's track, NC-17.

She moved the camera all around to capture her look from numerous angles. 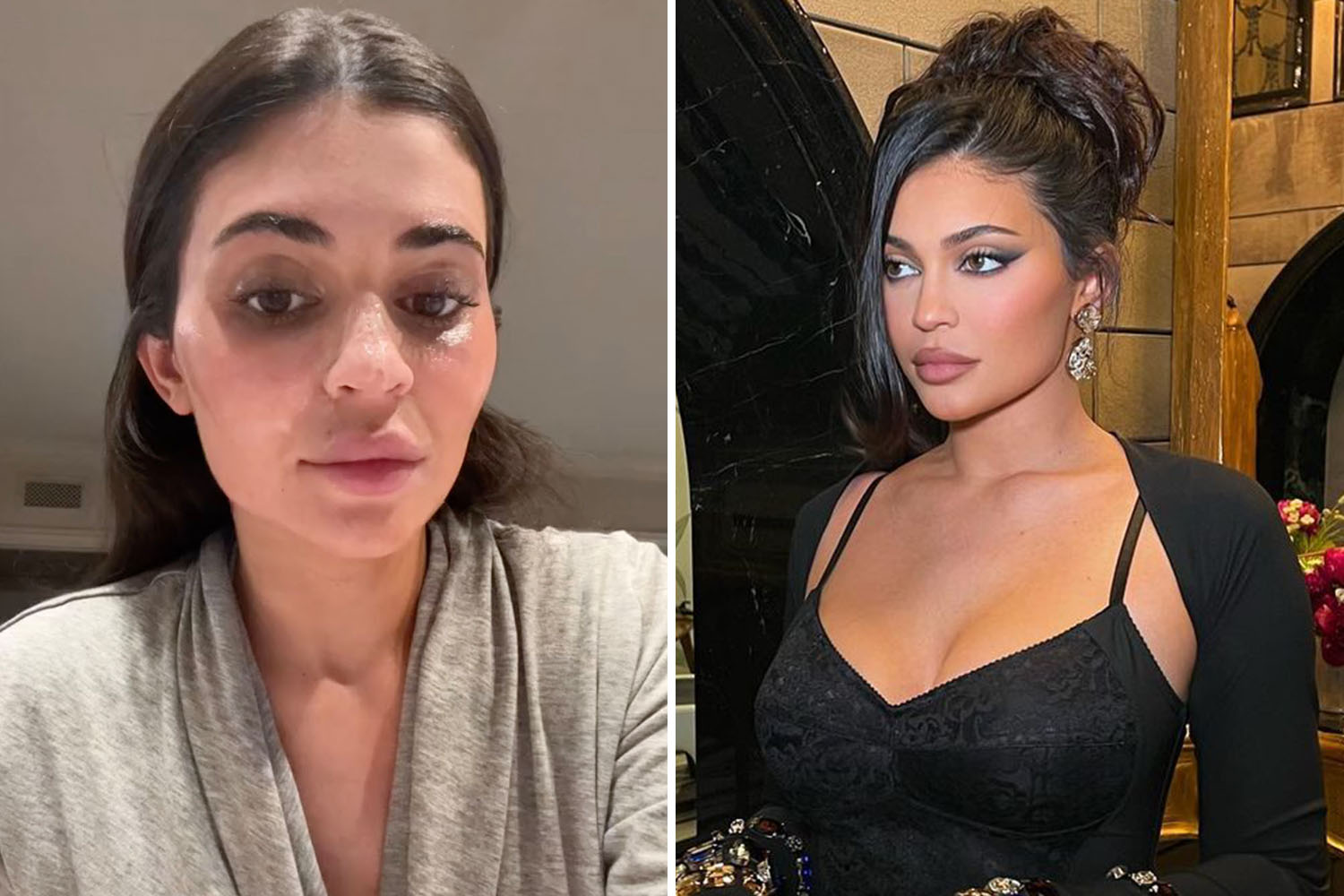 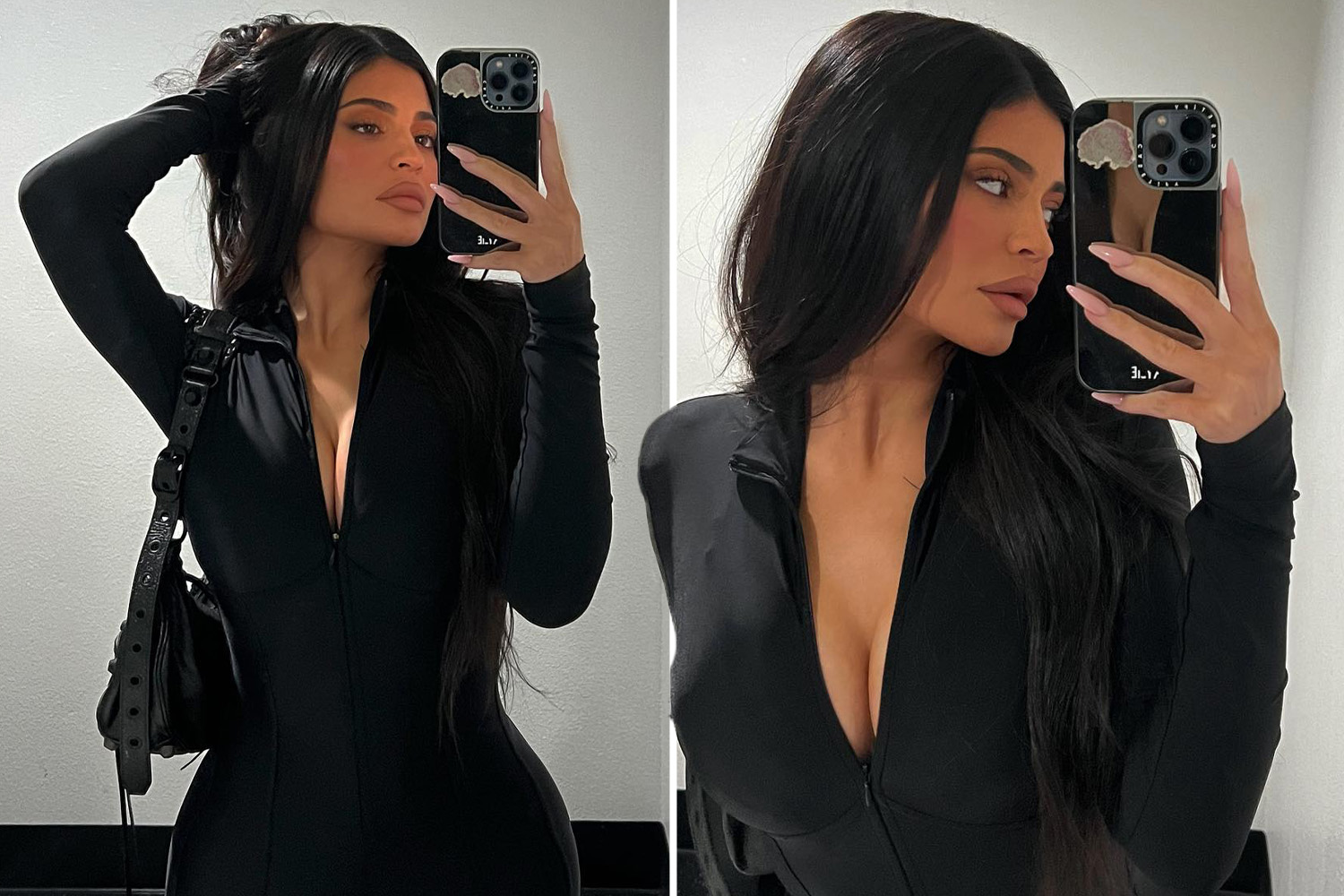 Kylie donned her signature long dark locks and heavy makeup, but fans weren't convinced that it was her natural look.

Viewers took to an online thread to question her seemingly darker complexion in the video as one person asked: "Is that brown makeup or her nose?"

Others cleared up any confusion, theorizing that the TV personality seemingly changed appearance was due to a "filter."

"It's a filter, no idea why she chose one that would give her a brown nose," they wrote.

Davina McCall, 54, dances and twerks in a bikini as she reveals incredible figure 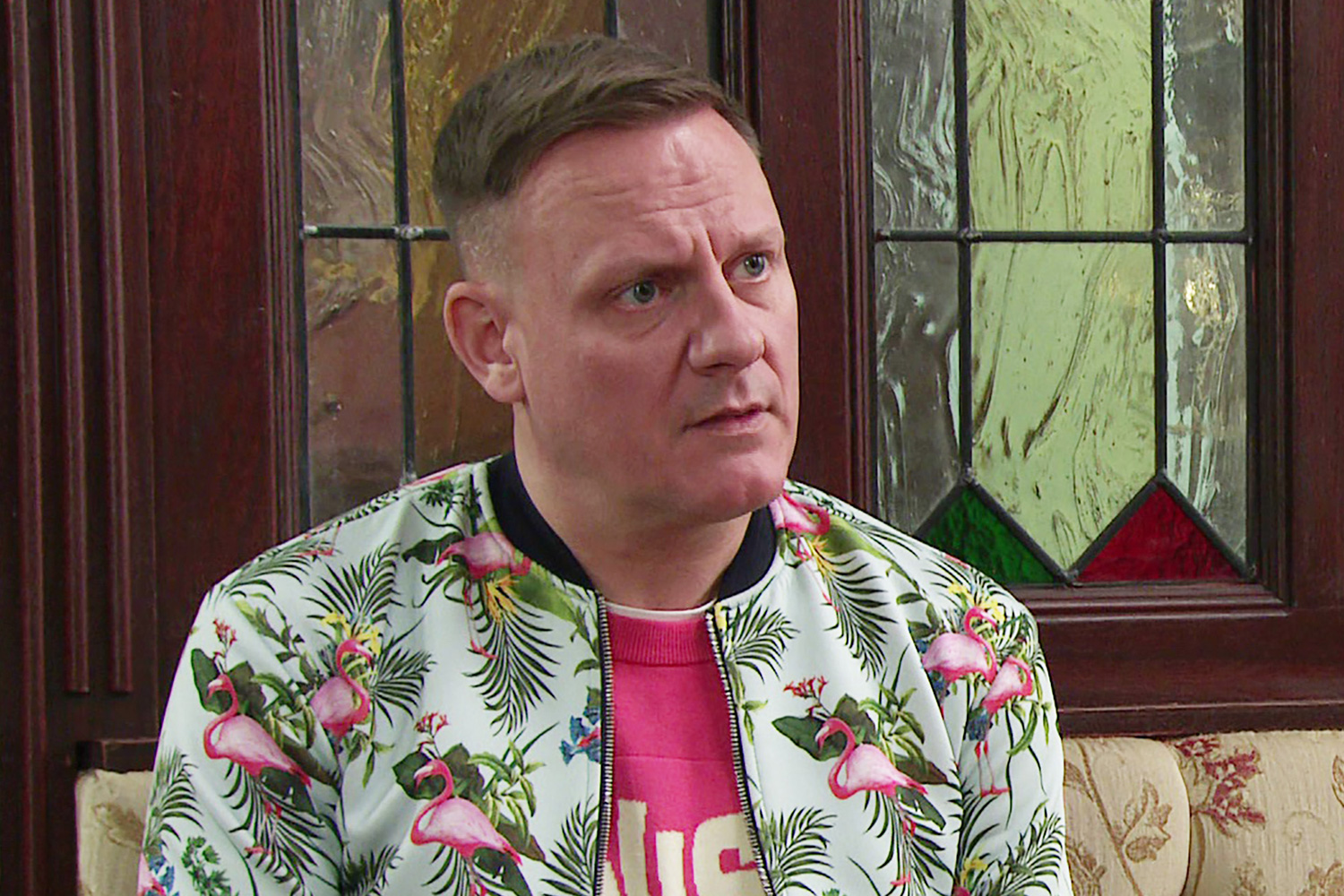 Another echoed the thought, writing: "It's a filter."

A slew of others begged the Kylie Cosmetics founder to ditch the filters and show off her natural beauty.

"Why you using filters at all??? You don't need them," one remarked.

"kylie me and u both know u don't need filters," said another.

"are you serious ?! filters?! girl you don't need filters your beauty is [insert sun emojis]," chimed in a third.

And a fifth said: "this is lowkey embarrassing," while another pleaded with her to "stop using filters."

The video comes just one day after Kylie showed off her real skin and removed her makeup in a TikTok video.

The nearly two-minute video shows the makeup mogul's authentic self, barefaced, as she tried to dodge a fly.

"I just finished my shoot," she started the video.

"I was taking off my make-up and then I decided that I should film a three-minute Tiktok because it's my favorite place to be."

Kylie continued to cleanse her face with a make-up wipe while dressed in a gray bathrobe.

"There's also a giant fly buzzing around the room. So if you hear him, he's just our friend now because I'm not going to kill him," Kylie told her followers.

She then stopped taking off her make-up for a second and listened to the buzzing as she tied her robe tighter.

"Is there a family of flies or is this one fly?" the Hulu star asked.

After taking off all her makeup, Kylie pulled her hair back into a clip and let her loose curls behind her hair.

"I think it's just one fly. What should we name him? Like something with an 'F.' Like Frederick the Fly. Ok," she continued.

The mother-of-two then explained what products she used to remove her makeup: "So I wiped down my face with my makeup removing wipes actually."

"I do this when I have a lot of like sparkly eye shadow on and stuff."

Kylie continued: "Now, I'm going to go in with my make-up melting cleanser. This is a must when I'm wearing make-up because I really-."

She didn't finish her sentence but rubbed it on her face, including her closed eyelids.

The reality TV star realized halfway through that she still had her fake eyelashes and took them off, showing her real skin and face.

She rubbed it all in and then wiped her face with a towel.

"Ok. All my make-up is off and then I like to double cleanse. This is my clarifying cleansing gel. My favorite cleanser," The KUWTK alum said as she showed the camera the bottle.

"The salicylic acid really helps me when I was breaking out and helped me a lot during COVID, and the video is ending. Byeeee!"

But others complimented the star on how beautiful she looked without make-up.

"Kylie without makeup IS SO ADORABLE," commented one fan.

"She’s so naturally beautiful," said another. 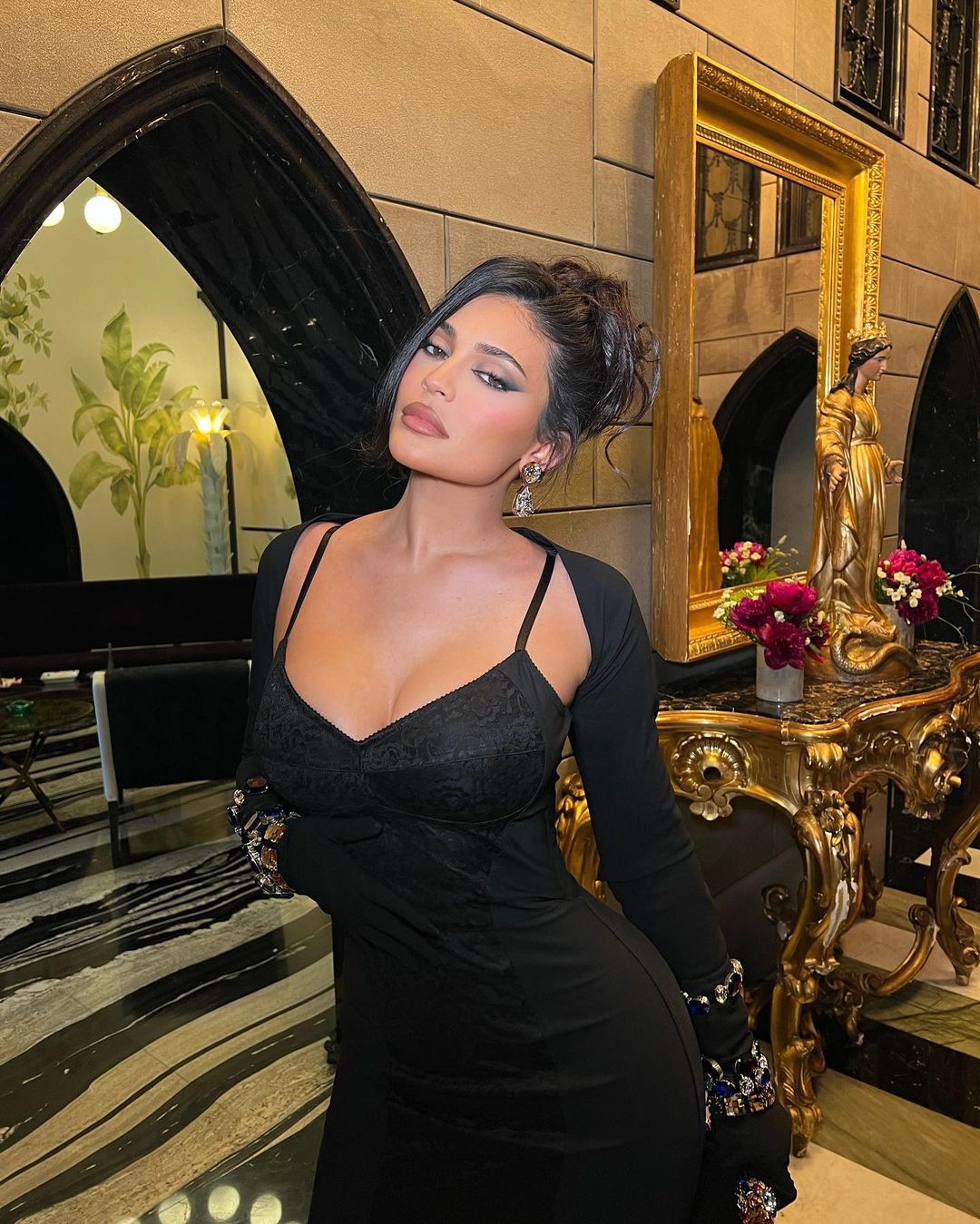 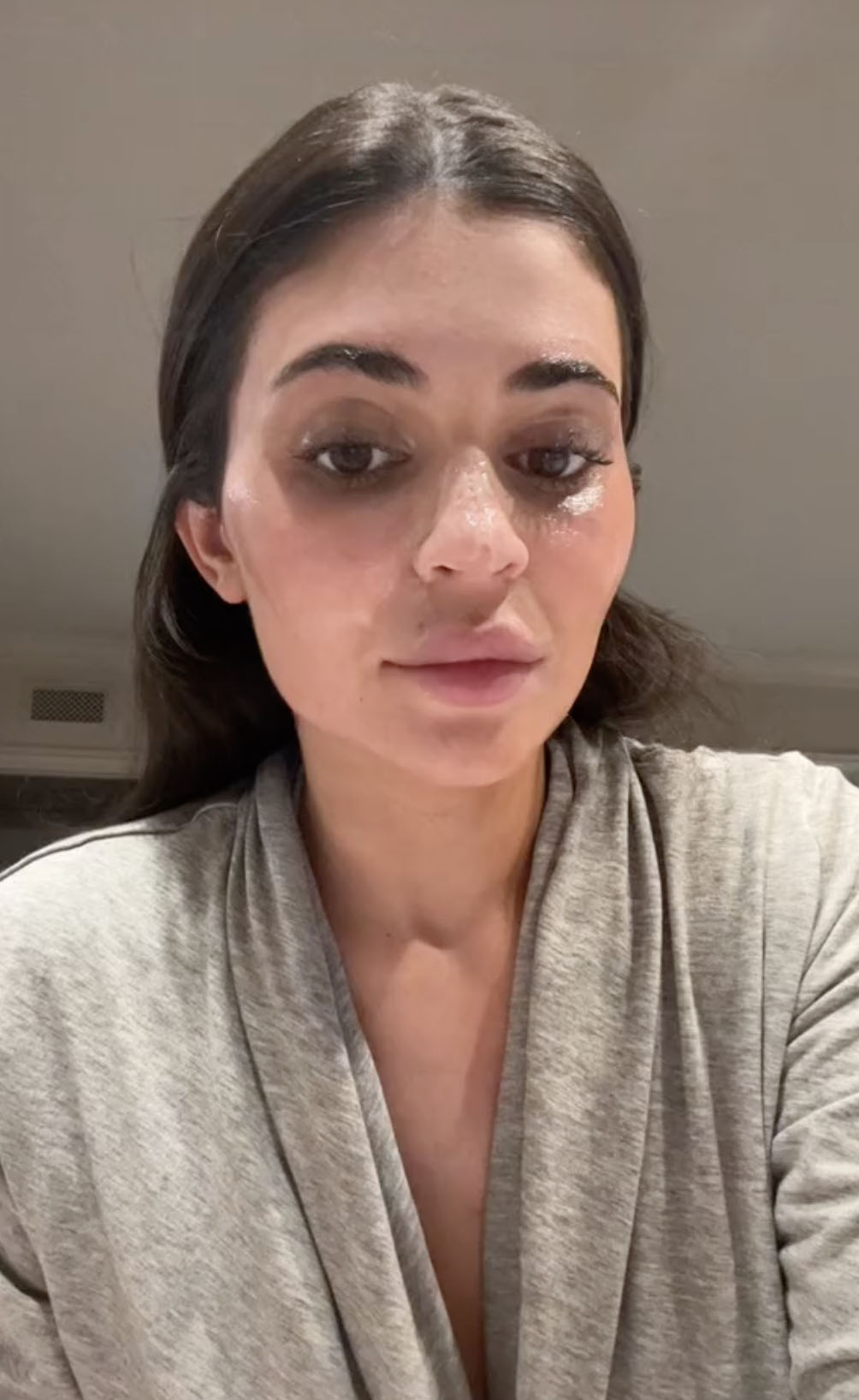 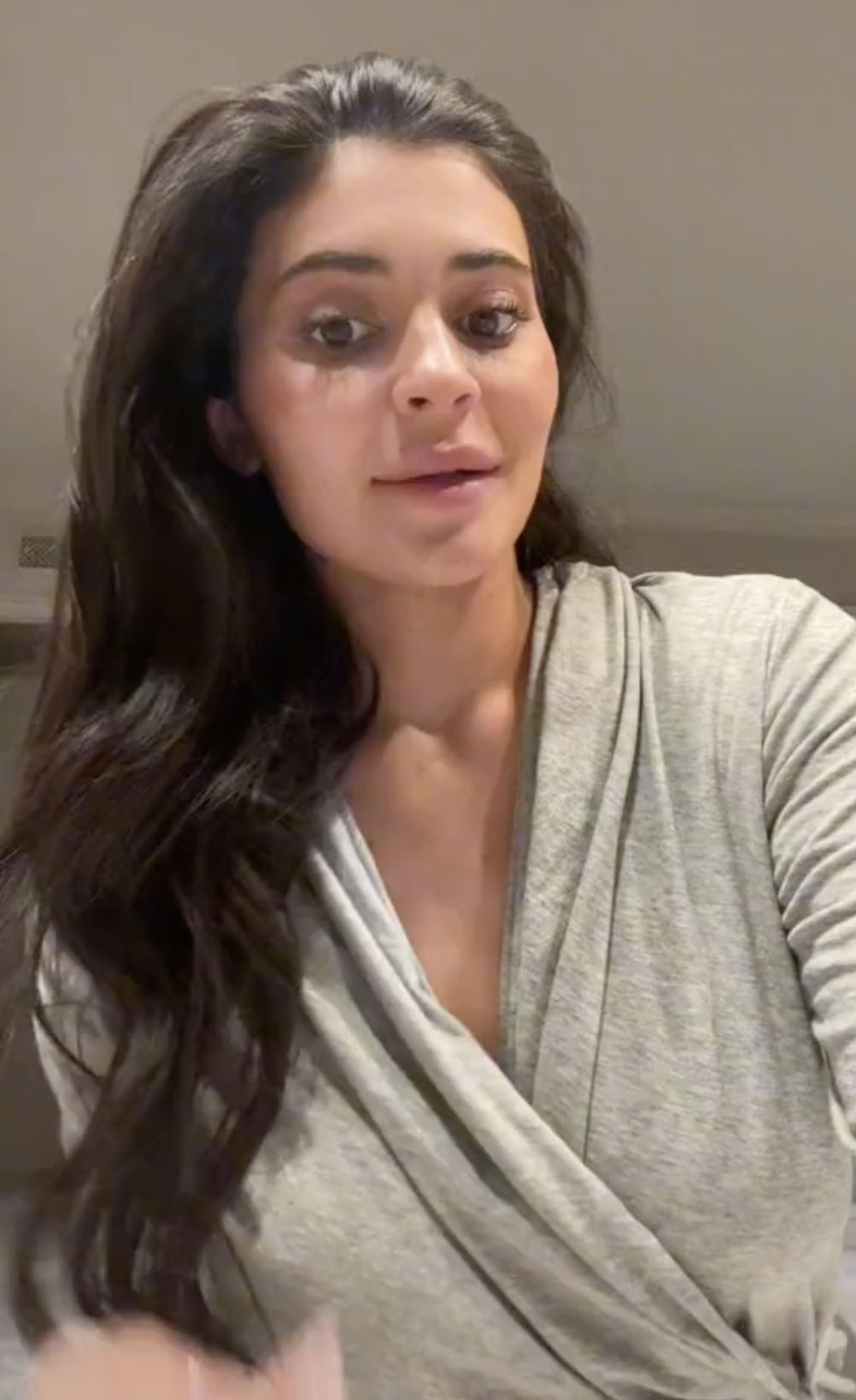