KATIE Price posed for glamorous shots next to a pony at the launch of her new horse riding gear collection.

The ex glamour model, 43, stunned in bright pink leggings with the tiny pony by her side in new snaps. 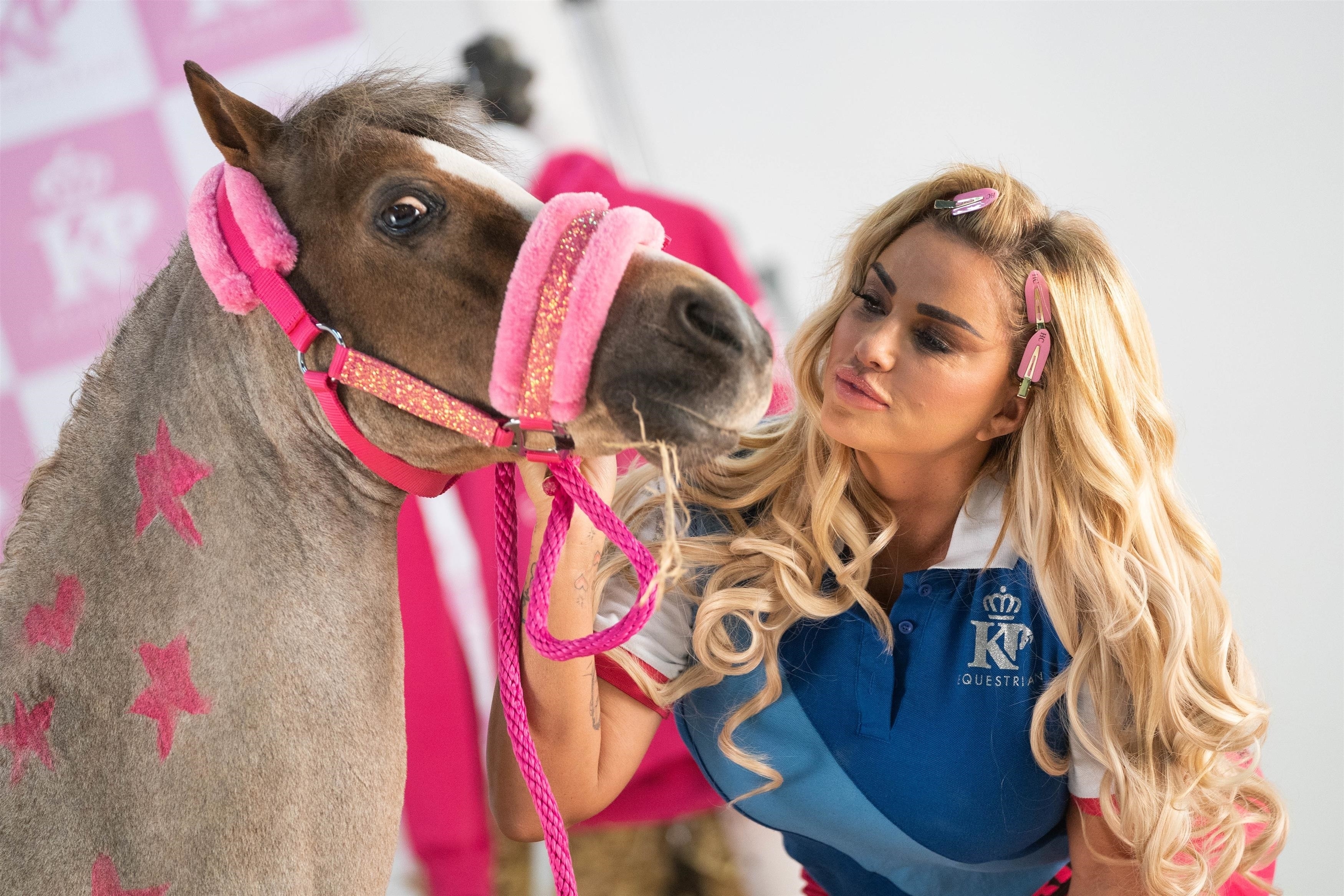 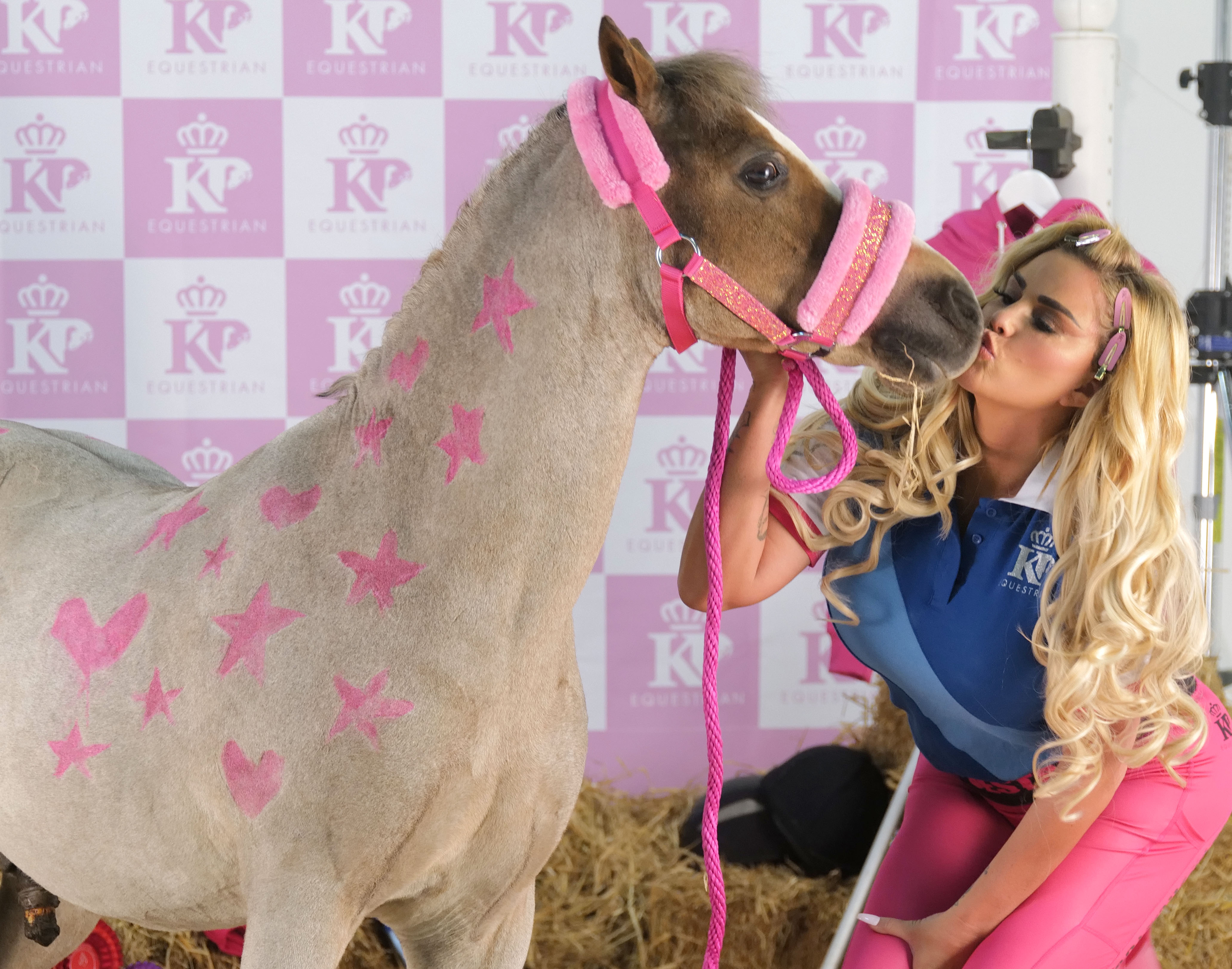 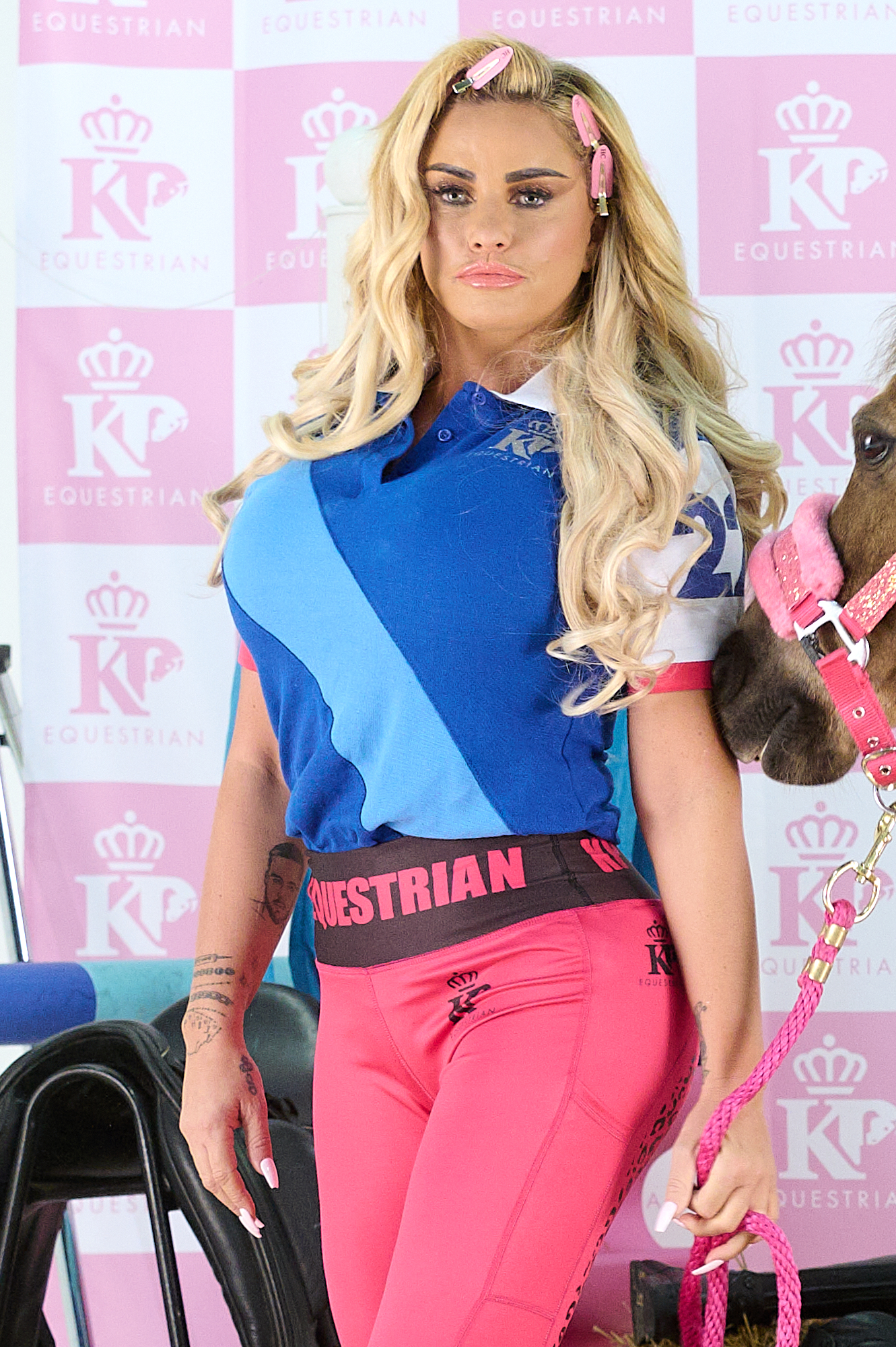 The TV star gripped the pink reins as she moved her body into a number of sultry positions for the photos.

Katie's new KP – Equestrian range branding could be seen printed on her leggings and blue polo top, which she teamed with bouncy blonde curls and pink hair clips.

The pony also got a Pricey makeover with pink hearts and stars covering its body, and its mane in plaits.

It comes after almost 8,000 people signed a petition demanding the model never be allowed to own a pet again at the start of the year.

According to the petition: "Horses, dogs, cats, lizards, a hedgehog [die]; this isn't a single family tragedy. It's a common thing in Katie Price's home."

Last summer, her French bulldog puppy Rolo suffocated to death after getting stuck under an electric armchair.

Previously, German Shepherd Queenie was killed in an alleged hit and run by a pizza delivery driver.

And her beloved Alsatian, Sparkle, escaped – promptly getting run over somewhere along the A24.

One of her horses, name unknown, also made a bid for freedom, ultimately sharing a similar fate to poor dead Sparkle.

The star's son's chameleon, Marvin, died from a "broken heart" after being left alone with Katie for the summer, while her guard dog broke into next door's garden and hoovered-up the family's pet chickens.

Two years ago, Peggy the hedgehog did her utmost to break free.

The poor creature got lost in Katie's "mucky mansion" for two weeks before eventually being found – while her current status is not known. 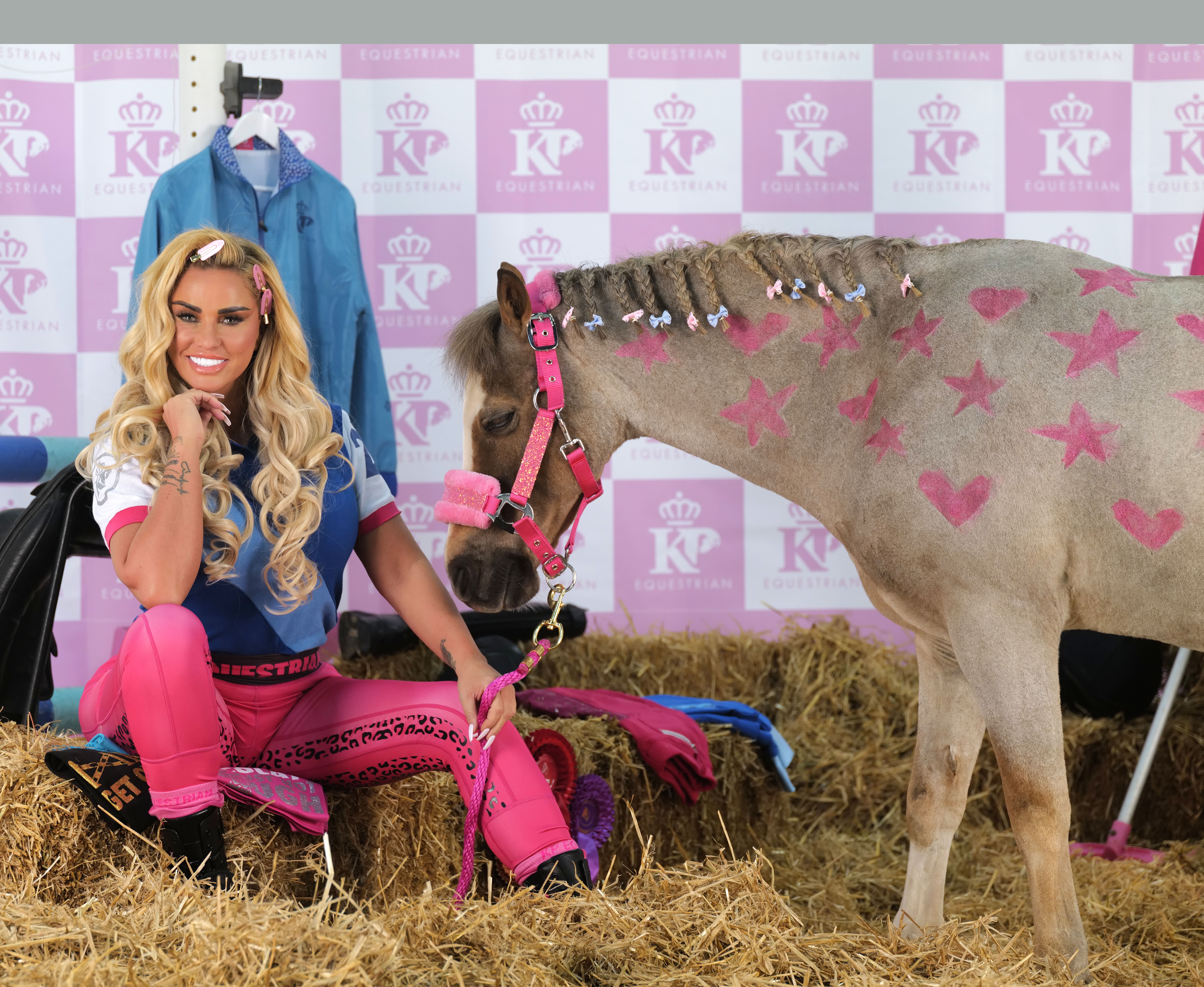 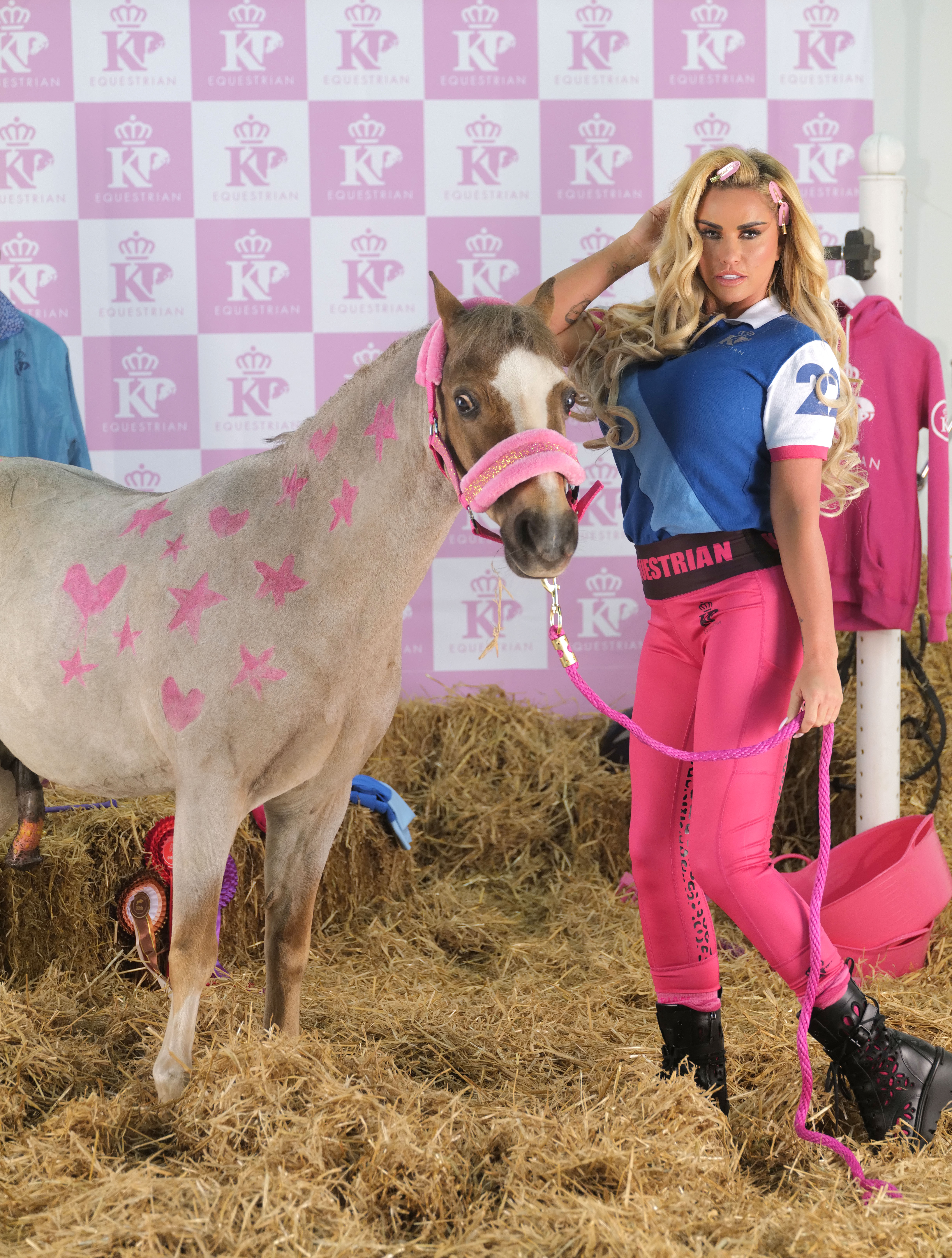