What do Idris Elba, Lupin superstar Omar Sy and emerging French-Vietnamese writer Quoc Dang Tran have in common? Other than their obvious creative skills, they are among a growing number of stars born outside the U.S. who have signed talent deals in the last year. Deadline estimates as many as 20 first-look or multi-title deals have been struck by global streamers or LA-based studios since the beginning of 2021.

Back in May, HBO Max announced it had locked in Sy into a first-look deal to make international shows for the streamer, with the actor-producer developing and producing content out of his native France. It’s perhaps no coincidence that France was one of only two European countries that will still develop its HBO Max originals, following Warner Bros. Discovery’s decision to halt production in most of the continent.

The deal was among the clearest indicators that creative partnerships with non-U.S. talent have become a key strategy for global streamers and international studios. They are desperate to create local content in local markets that attracts subscribers, and builds their reputation.

Emerging South African actor-producer Thuso Mbedu, whose breakout role was in Barry Jenkins’ Prime Video series The Underground Railroad, says the rise of global streaming has changed the picture for local creatives. “For a long time, the film and TV industry wasn’t seen as a viable career choice in Africa,” she says. “There were pockets of successful projects, but as the world is getting smaller with the expansion of global platforms there is an increased appetite for diverse content everywhere.”

In April, she signed a first-look deal with Paramount Global’s VIS Social Impact to create a suite of Paramount+ shows that focus on equity, climate and health—an agreement that gives her control over a slate but with the organizational and financial backing of a U.S. studio. “Traditionally it wasn’t always the creatives that ran with these types of projects,” she says. “The truth is that as creatives we need support to succeed in realising our creative visions. Fortunately, through streaming we now have easier access to these great stories.”

For VIS Social Impact boss and Paramount Senior Vice President of International Social Responsibility Georgia Arnold—who first saw Mbedu in South African drama MTV Shuga and now calls her “the biggest talent to come out of Africa”—the deal represents how Paramount+ is trying to attract audiences. “Our remit is to think about our global audience, and what they want to see,” she says. “And what they want to see is an authentic reflection of their lives. The VIS Social Impact studio gives us the opportunity to explore talent in parts of the world that have perhaps been overlooked to date.”

It’s been a similar story in Africa for Amazon, which recently struck an overall agreement with Gangs of Lagos creator Jáde Osiberu, and Netflix, which has multi-title agreements in place with Nigerian broadcast and production pioneer Mo Abudu, her compatriot Kunle Afolayan (Citation) and South Africa’s Mandlakayise Walter Dube (Tsotsi). Netflix’s push began in February 2020 when Ted Sarandos travelled through the continent ahead of the launch of the streamer’s first African original series, Kagiso Lediga’s Queen Soro, which starred Pearl Thusi (Quantico). Dube, who had directed an episode of that show, was in attendance in a packed room in South Africa, where Sarandos affirmed a commitment to local African production. “I literally pinched myself,” Dube recalls. “The door was open.”

He soon made friends with Netflix Director of Content for Africa and the Middle East Ben Amadasun, and has since struck a long-term agreement with the streamer to create films out of South Africa. His latest action flick, Silverton Siege, launched on Netflix on South Africa’s Freedom Day (April 27). “Now we have to open more doors and not take our foot off the gas,” says Dube. “How far can this thing go?”

Dube, who teaches filmmaking, says the local activity of global content outfits has firmly put the “apathy of believing you’ll never make it” behind creatives in his country while dispatching the “self-pity of thinking you have to go all the way to Hollywood” to meet with agents and execs to get shows and films made. While his rise has led to him signing with manager Steven Adams from Alta Global Media in the U.S., he always gives his students one piece of advice: “Don’t go to Hollywood. Let Hollywood come to you.”

This all feeds into a wider narrative around how globally minded content companies are allowing international talent to take more control of their destinies in the streaming era. “Netflix is supporting the whole journey of being an entrepreneur,” Dube explains. For them to agree to a multi-year deal means that they’re invested in supporting one’s ongoing career. It’s a very humbling thing.”

At the same time, Dube connects Amadasun and Netflix’s African team with creatives and helps build its local network. “I remember Ben saying, ‘OK, man, can you stop sending emails now; there are just too many people to consider,’” he recalls with a laugh.

Parallels and Nox creator Dang Tran’s first-look deal with Universal International Studios has a similarly entrepreneurial bent. The international production arm of Universal Studios Group supports the French-Vietnamese writer’s creative endeavors, while he looks at local opportunities for the Comcast-owned business and uses his local contacts to explore opportunities. “We want the people we’re doing deals with to have great relationships on the ground,” Universal International Studios President Beatrice Springborn explains. “And part of that is their relationships with the buyers, for example. We certainly don’t want the deal to be prohibitive when they get into business with us.”

The wider strategic goal is for these local talent deals to open markets organically, allowing Universal International Studios to identify potential new business through “a combination of a referral network, whether that’s Quoc telling us to look at a writer, or the producers that we have on the ground in the UK recommending talent,” along with international agents and attending markets such as Mipcom and MIA. 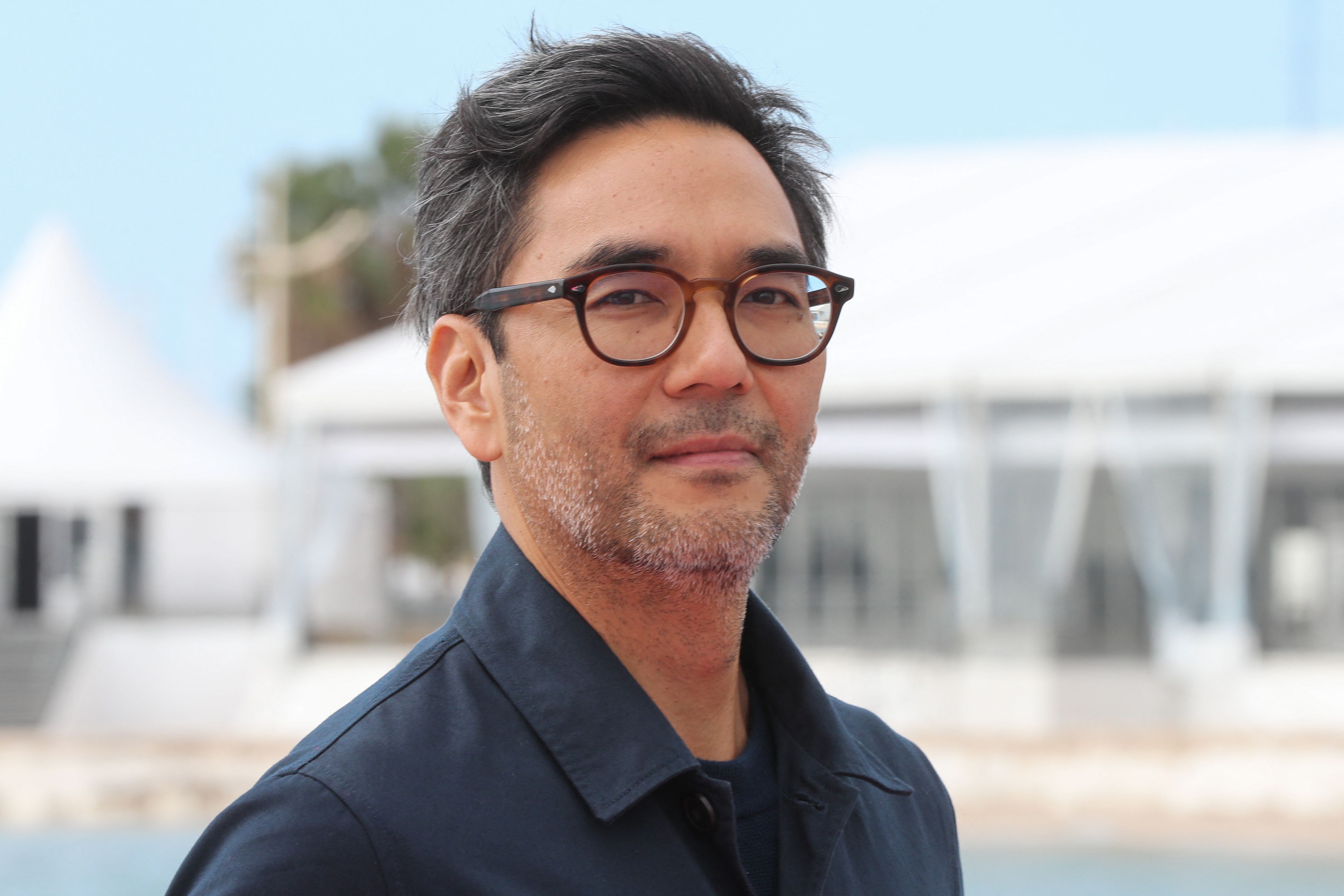 Earlier this year, Springborn’s boss, Universal Studios Group President Pearlena Igbokwe said the talent arms race in the U.S. appeared to be slowing. This too has informed how Universal International Studios is approaching its dealmaking. “I agree with Pearlena’s assessment,” says Springborn. “Not everybody is looking for a big overall deal. There’s been a move away from it. Because of the way our international studio is structured, people aren’t just looking for money. They’re looking for how this studio is going to help move their career forward.”

That’s a principle also held by Amazon Germany Head of Originals Philip Pratt, who says he assesses whether a talent deal is the right approach by asking: “Where is that person today in their life and what do they need? How can we help each other? I don’t want the talent to be unhappy and it also has to work for us, so we really have to be sure if we do one.” Amazon’s German arm has first-looks in place with Ziegler Film and author Sebastian Fitzek among others.

Dang Tran, who has written for Netflix’s Call My Agent! and created horror Marianne for the streamer, calls his Universal International Studios deal a “once in a lifetime” opportunity. “I just want to make the most out of it,” he notes. “Theoretically-speaking, imagination knows no boundaries. But when you are a writer in France—a market limited by its size and language—there are genres that can be difficult to access budget-wise, such as action/adventure, sci-fi or fantasy. By giving me the opportunity to write English-language projects, Universal International Studios has stripped away all the existing barriers and allowed me to roam in an open world of fiction. It is an incredibly invaluable experience.”

That ambition is set to grow even further. Deadline understands Dang Tran is currently working up a multiple language scripted project set in Europe under the deal’s umbrella, as streaming services continue to break down barriers to entry and provide local creatives with new opportunities to tell local stories in local markets.

Along with its deal with Dang Tran’s Daïmôn Films, Universal International Studios owns several international production companies and this year also struck a partnership agreement with the Telefónica- and Atresmedia-backed Buendía Estudios to develop a bespoke slate of projects, and remake a number of NBCUniversal formats in Spain, with an adaptation of Safe Harbour being the first.

With all this opportunity, international talent is being forced to think business; while the narrative from both investors and talent is of collaboration and partnership, having a good agent protecting their interests is paramount.

“First-look deals are not common in South Africa and when negotiating any deal, it is very important to have a good team, regardless of where they are based,” says Mbedu. “They need to have experience in negotiating these deals, and the industry knowledge and expertise on how they are structured and how to protect you.”

Dang Tran adds of his LA agent Jeff Barry, from Range Media Partners, and French rep Simon Rey, from Film Talents: “From the very beginning they were both incredible and engaged in full cooperation mode, making the communication seamless. I truly would not be where I am without them.”

“Since Netflix and the other streamers arrived, we’ve found it easier to bring our directors and writers to international agencies. Back in the day you had to send DVDs and no one was interested.”

However, one European agent warns U.S. companies are “not doing exclusive deals in emerging markets”, even where prices are often very low, as they seek to mitigate risk should the content not break internationally. The theory is for every Squid Game or Money Heist, there are dozens of originals that go under the radar. “There is a big problem that so many things get produced and there is so little time to watch them,” adds the agent.

That may be true, but with the likes of Amazon, Netflix and Universal all upping spend on international creatives, those with something to say have never had a better chance to have their voices heard.

Read this article in full in next week’s debut Deadline International Mipcom special edition, which will be available in Cannes from tomorrow.

Rupert Murdoch Mulls Putting Fox & News Corp. Back Together After Nearly A Decade