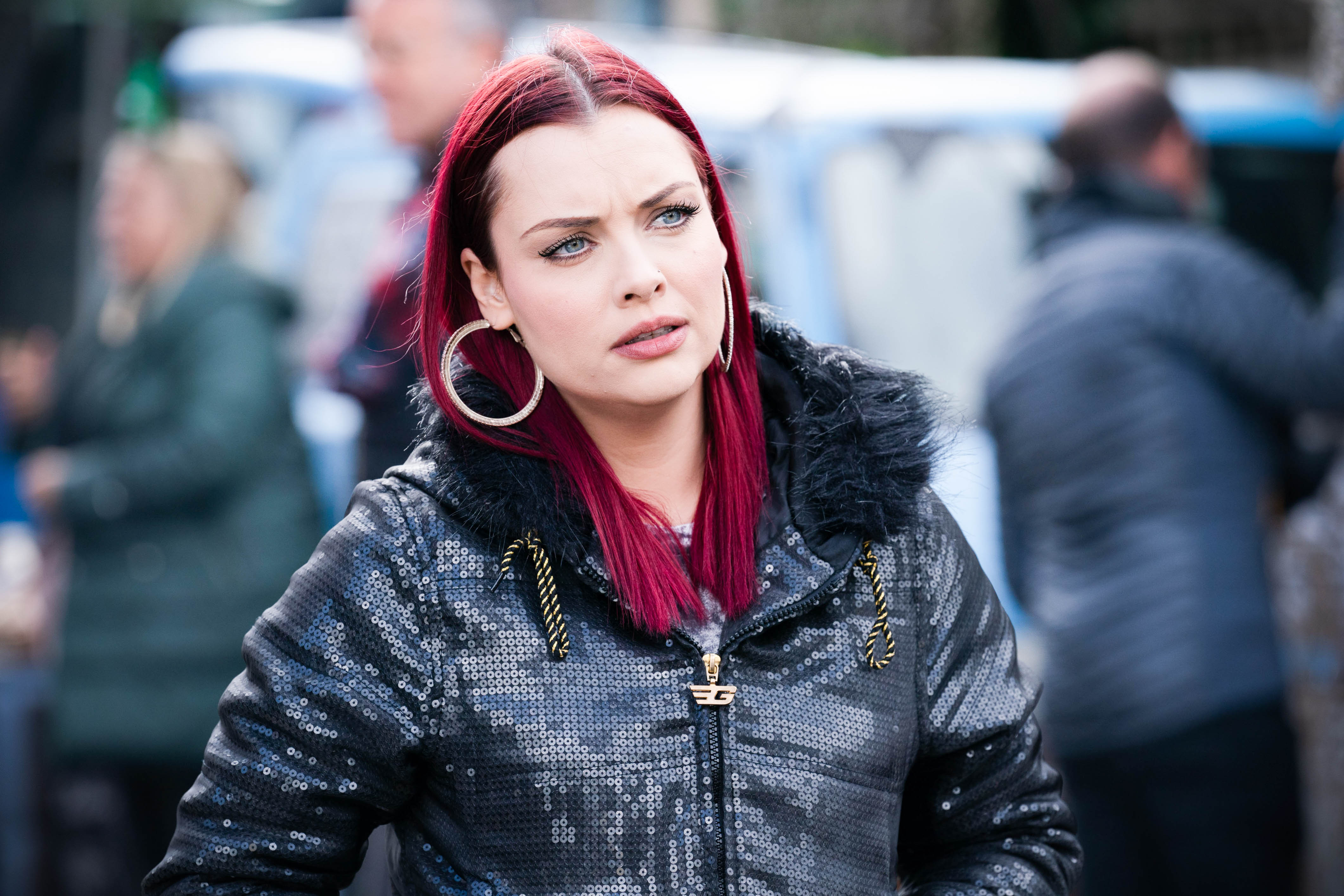 Previously in a relationship with Gray herself, Whitney has had a first-hand glimpse of his controlling, abusive ways. With her friend Chelsea (Zaraah Abrahams) pregnant with Gray’s baby and set to marry him in a Christmas Day ceremony, Whitney is worried that Chelsea is heading for disaster.

As Shona McGarty explains, ‘Whitney has known Gray for a long time so she’s seen behaviours that she finds concerning, like aggression. I think initially she put that down to the fact he’d lost his wife, he’s a single parent and he’s finding it all very difficult, but the warning signs are there now and she’s expecting to find out that there is more to it and that he’s not a very nice person.’

As the wedding approaches, Whitney becomes determined to find out what secrets Gray might be hiding and she gets her chance when she uncovers worrying information relating to Gray’s late wife Chantelle – the woman Gray murdered in shocking scenes over a year ago.

She realises that Gray must have murdered Chantelle, and that she has to stop the wedding at all costs, for the sake of Chelsea and the baby.

But will she be able to get through to Chelsea?

Or will there be more twists to the tale as a cornered Gray becomes ever more desperate to hide the truth?