WHO Wants to be a Millionaire fans have blasted the show for reusing old questions as contestant bagged a whopping £125k.

Ray Mann walked away from the ITV show with an impressive jackpot last night.

Ray told host Jeremy Clarkson that he wanted to win big so he could enjoy an exotic holiday.

Jeremy asked the question: "In 'The Cantebury Tales' by Chaucer, what is the name of the inn where the pilgrims first meet?"

The four options were: The Tabard, The Admiral Benbow, The Golden Perch and The Moon Under Water.

He was confident that it wasn't The Admiral Benbow and through a process of elimination he went for The Tabard as his final answer. 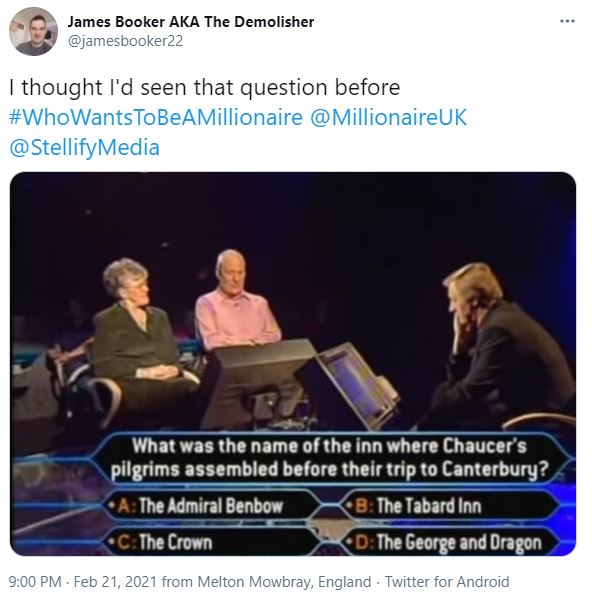 Ray was gobsmacked to discover that he had won £125,000 saying it was "unbelievable".

However, one eagle-eyed fan has noticed that the £125k question had previously been used before in a old episode.

The same question had appeared in a special couples episode when host Chris Tarrant was the presenter.

The fan took to social media, writing: "I thought I'd seen that question before #WhoWantsToBeAMillionaire@MillionaireUK." 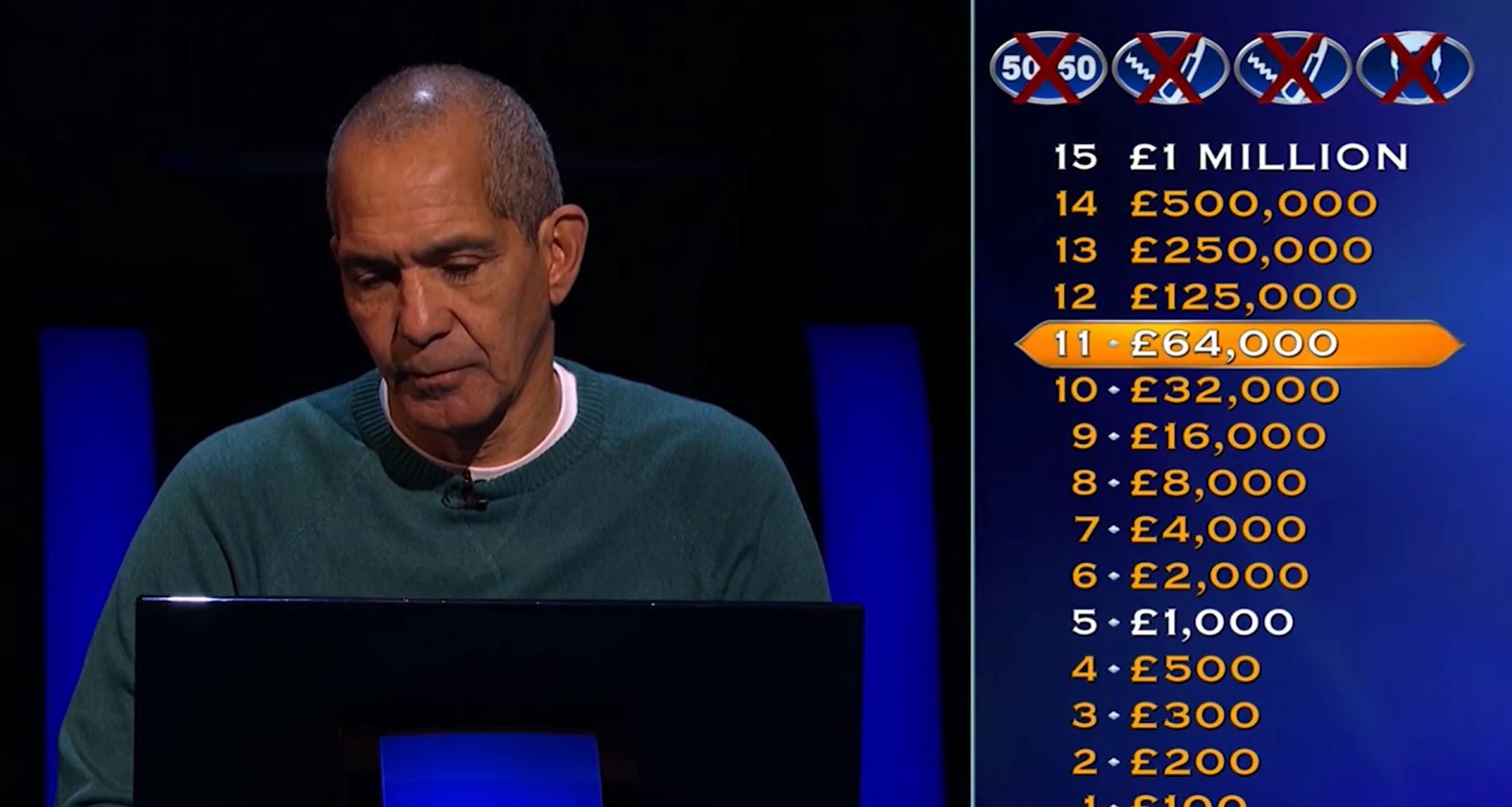 The post racked up likes and retweets, but despite the ITV show reusing an old question, most fans were thrilled to see Ray win the prize money.

One viewer wrote: "Well done Ray Mann on winning £125k, you deserve it."

Another posted: "So happy for Ray on Who Wants To Be A Millionaire, seems like a class guy." 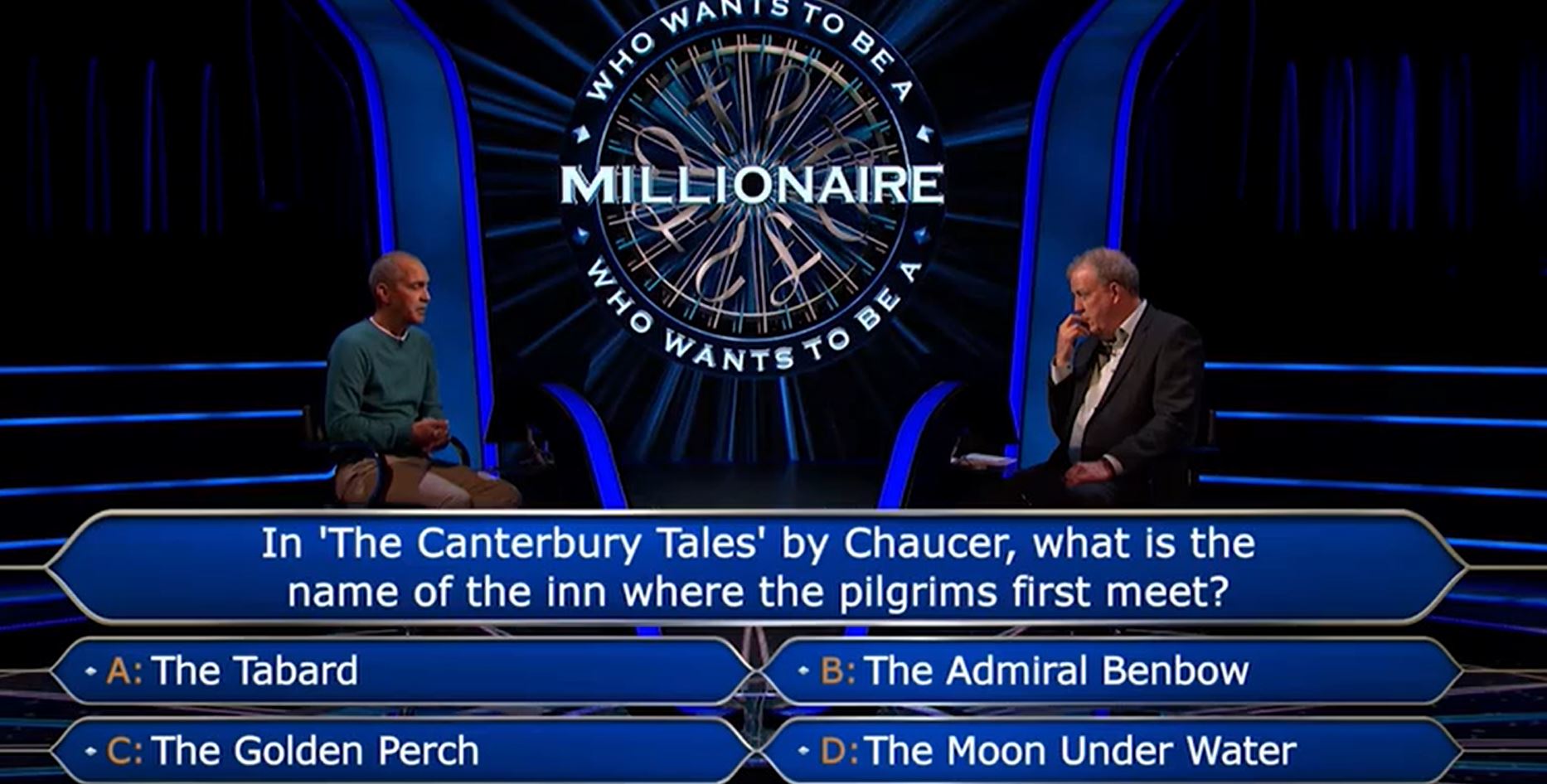 However, Jeremy almost wiped out a contestant's jackpot with an epic question blunder when he Ray used his Ask The Host lifeline.

The question was: "In which of these films does Meryl Streep play a wholly fictional character and not one based on a real person?"

His options were Out of Africa, The Hours, The Post and Suffragette.

Ray immediately ruled out Out of Africa and Suffragette but was stuck between The Hours and The Post. 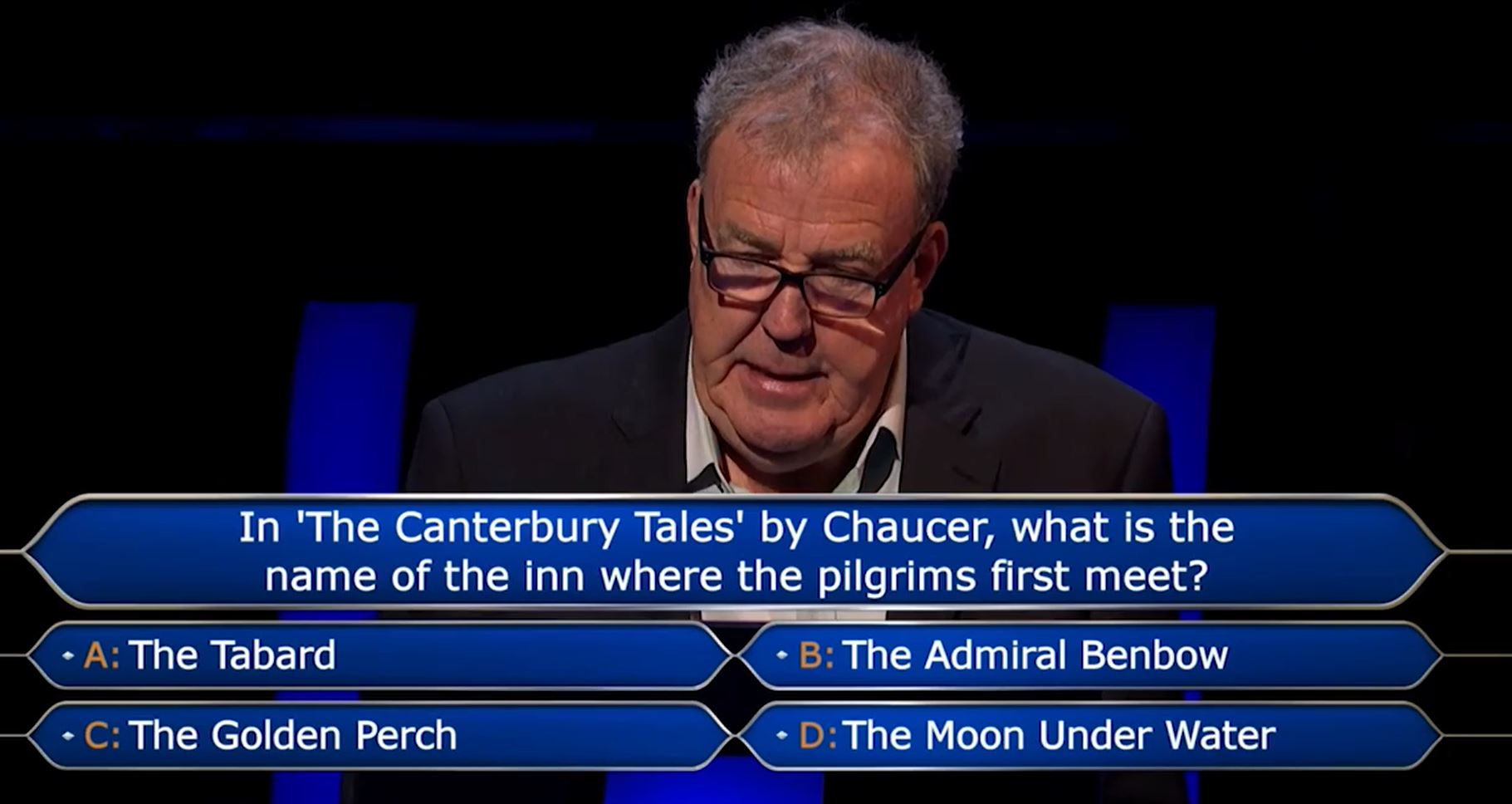 After revealing he "loathed Meryl Streep films", he said he also hadn't seen The Post, but was "99.9 per cent certain The Post is a real life film with real life people.

"It's your £31,000 but if I were sitting there I would definitely take a punt on The Post, and that is my final answer.

However, Jeremy quickly realised he had twisted the question and got confused between fiction and non-fiction, and told Ray: "Sorry when I say that, she plays a real person in The Post…"

Thankfully Ray understood what Jeremy meant and replied: "I almost went the wrong way myself there, you're right."