CAPITOL suspect Noah Green's family have reportedly suggested his many years of football may have contributed to his declining mental health.

Green, 25, once a promising college football star, is understood to have been suffering from delusions and hallucinations before he allegedly launched the ram raid on Friday. 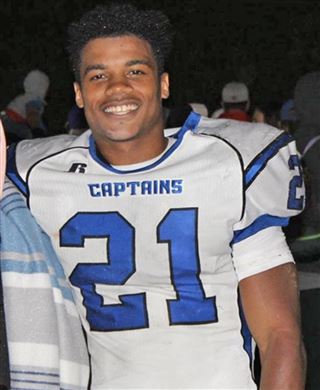 The athlete was shot dead after he allegedly ploughed his Nissan Altima into the security cordon in Washington DC, killing officer Billy Evans.

Capitol cops have said they are continuing to investigate what may have motivated him, and have so far said they do not believe the incident is linked to terrorism.

Washington Post reporter Emily Davies tweeted the publication has received a new statement from a member of Green's family about his mental state.

The family member speculates that his depression and "potential mental illness" may have stemmed from his years of football.

They also insisted he was "not a terrorist by any means".

Facebook has since taken down Green's accounts on the platform, but the now deleted posts offer a window into his mental state.

Described as a popular "jock" who was quiet and worked at college gym, pals explained how they saw his mindset deteriorate as he started to post about conspiracy theories.

He made bizarre claims such as he was being drugged by the FBI and CIA, and also became involved with black nationalist group, the Nation of Islam.

And in one post just hours before the attack, he branded the federal government the "#1 enemy of Black People".

His brother Brendan revealed more details about how the 25-year-old's behavior became increasingly erratic and how he even claimed to have attempted suicide.

Football head injuries have previously been linked to mental health, potentially leading to depression, anxiety and other behavioral changes.

Many players have been found to have suffered CTE, a brain disorder which is caused by repeated head injuries – which can lead to memory loss, impaired judgement and aggression.

However, there is as of yet no evidence proving Green may have been influenced by injuries from his years playing the sport in high school and college. 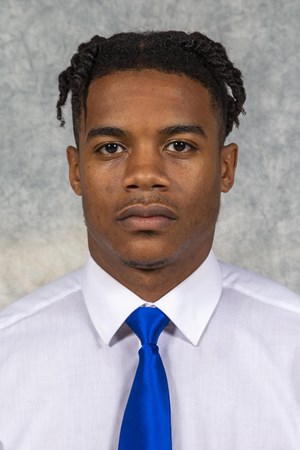 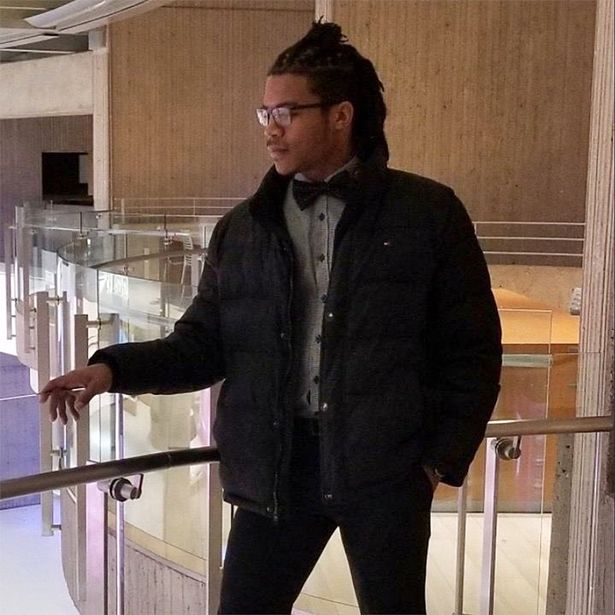 Green played football in the fall seasons of 2017 and 2018 while he studied finance at Christopher Newport University (CNU) in Virginia.

He was considered a gifted athlete in high school as he played football and ran track, earning All-District, All-Conference, and team MVP honors in 2013.

Andre Toran, who was a captain on the college football team at the time, said Green was a "really quiet guy".

Toran, now a reporter at the Courier-Journal in Louisville, Kentucky, said: "I know people say this all the time, but the guy who I played with is not the same person who did this."

He said Green's mental state became an issue of concern among their friends.

He revealed Facebook posts in which Green accused roommates of drugging him and said he was experiencing "suicidal ideation".

She told USA Today: "They were very weird. It was posts about joining his church and 'one day you'll see' kind of stuff', It was just a lot of weird, kind of cult stuff." 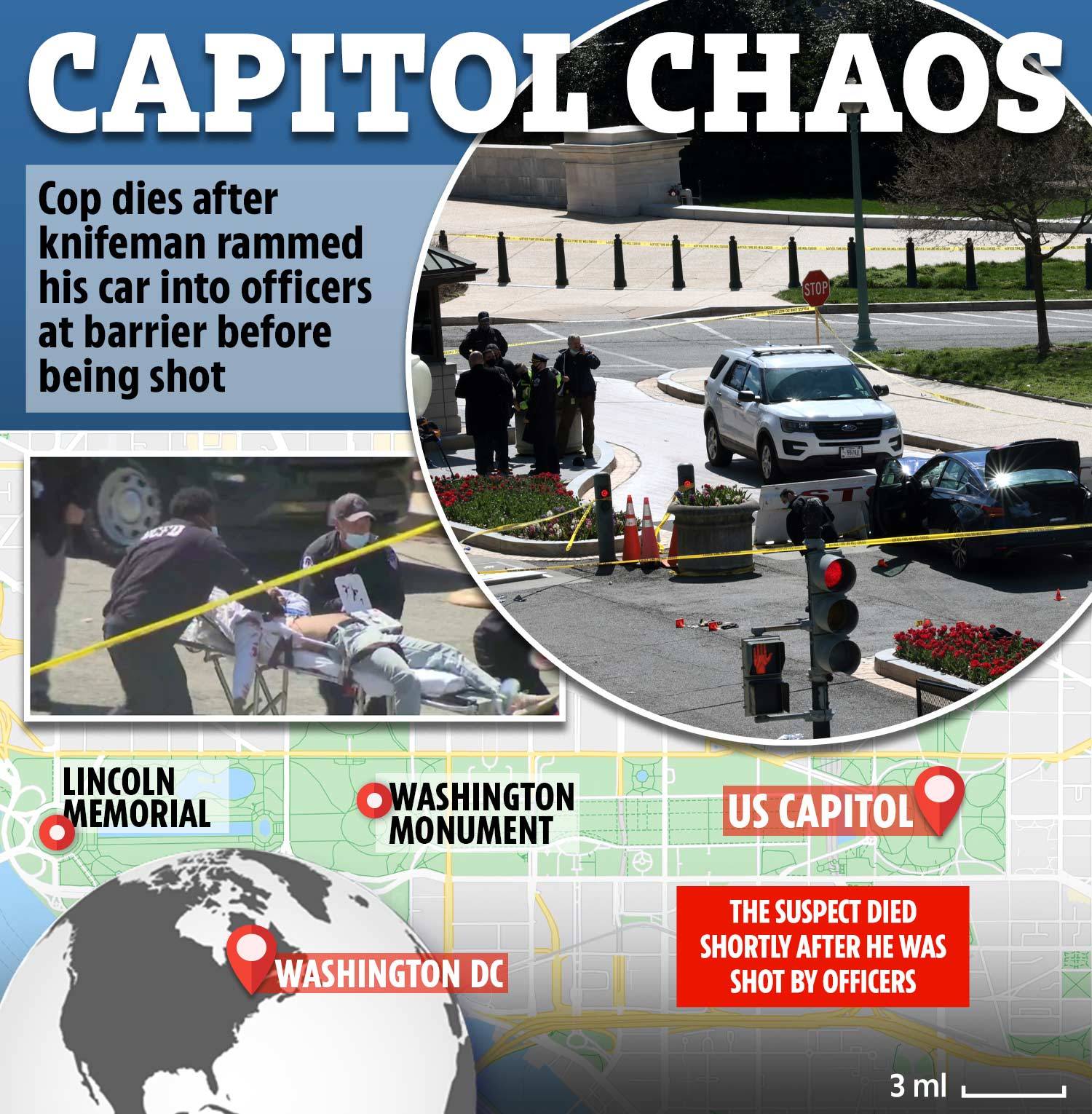 Green's life appears to have spiraled out of control after he graduated college in 2019 as he was overcome by paranoia, delusion and depression.

He believed he was the victim of federal "mind control", a common conspiracy theory trope.

"Satan's rule over us is up," he said, in a Facebook post on March 17, and also boasted he had been "chosen" for a mission.

He also made numerous posts regarding the Nation of Islam, a religious movement that combines Muslim beliefs with black nationalism.

And he claimed his troubles began when he became convinced a former teammate and roommate at college was drugging him with Xanax.

Those who knew him believe the story about how he got hooked on Xanax did not happen.

Green was one of ten children, growing up with seven sisters and two brothers, in Fairlea, West Virginia, a small, poor rural community close to the border with Virginia. 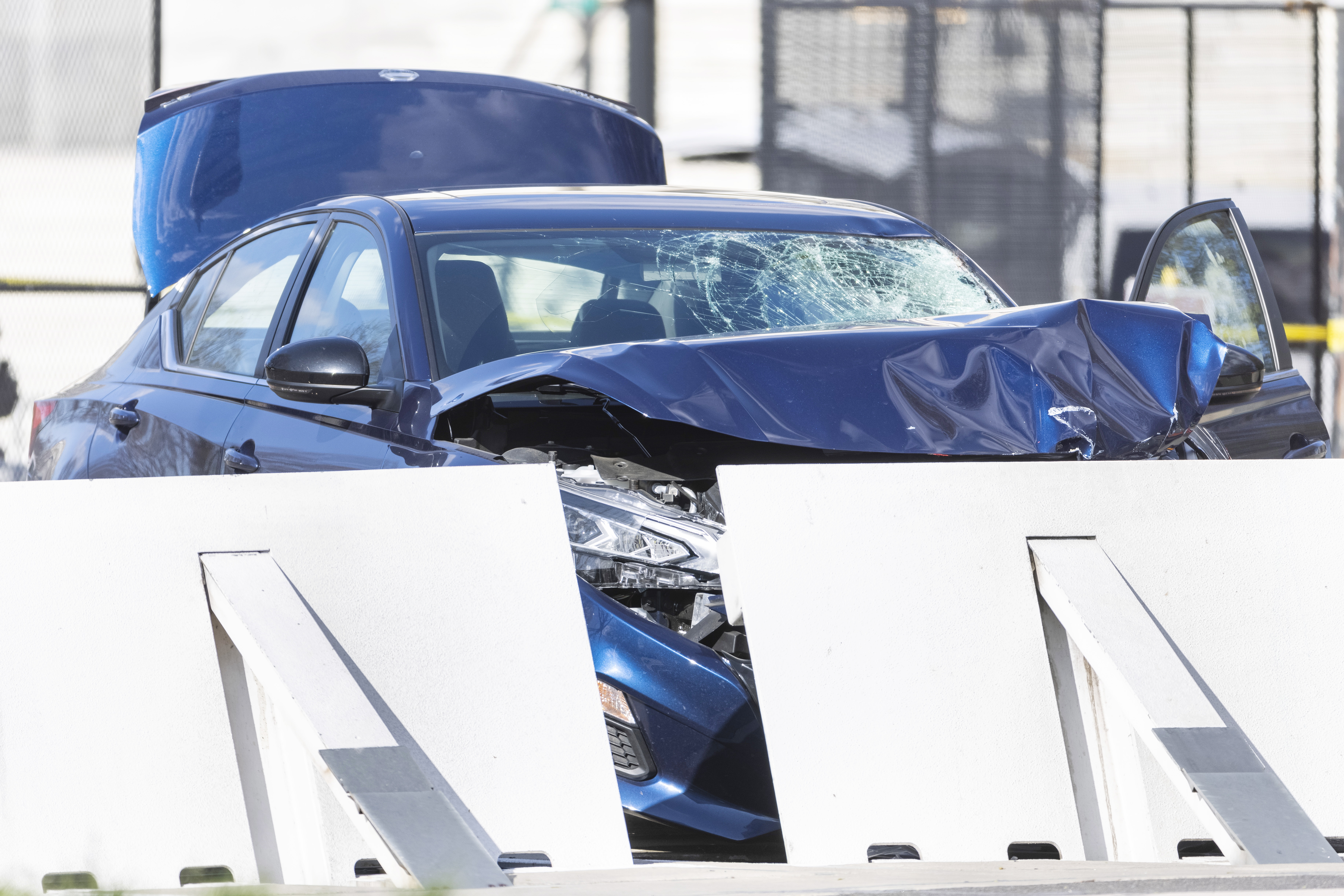 The two lived together in an apartment in Virginia, with Green moving in two weeks ago after his family became increasingly concerned with his mental state.

Brendan said his brother was violently ill the night before the attack, and revealed on Thursday he sent him a cryptic text message which implied he was leaving.

Before moving with his brother, he had moved to Indianapolis reportedly in pursuit of drugs and tried to legally change his name to Noah Zaeem Muhammad.

Green had also spent some time in Botswana a few months ago on a kind of spiritual mission.

He credited the Nation of Islam for saving him and described its leader, Farrakhan, as "Jesus, the Messiah."

Green also appeared to rename himself "Noah X" and revealed he had sent $1,085 as a donation to the Nation of Islam. 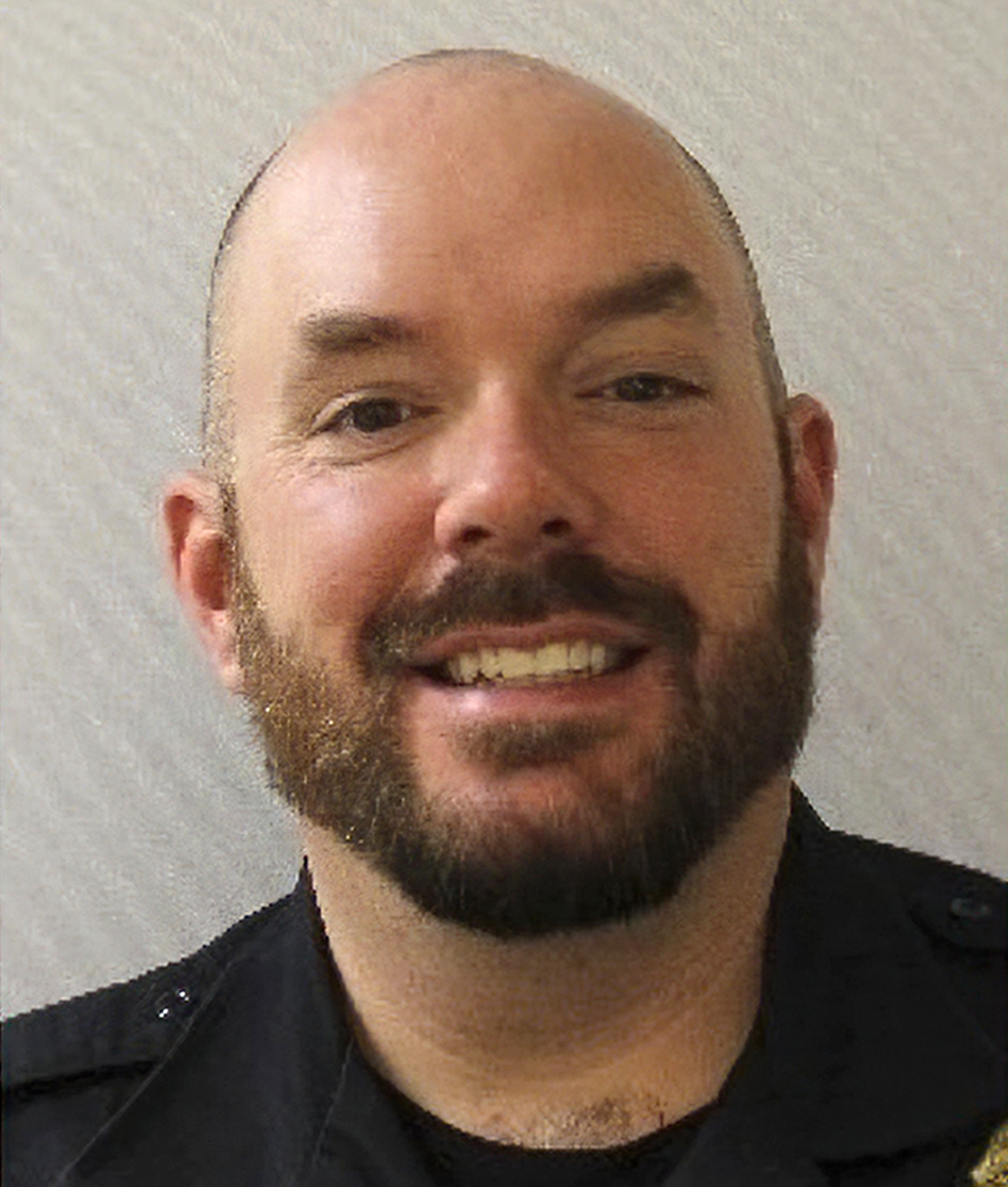 Green's apparent breakdown appears to have culminated when he smashed his car into the security cordon before charging police with a knife – injuring one cop and killing officer Evans.

Neighbours told how Evans' children would always "light up with joy" whenever they saw their dad coming back to their home in DC.

Bob Epskamp, who lives four doors down from the family, said he was a "loving and caring" father who was dedicated to his job.

The family had been preparing to celebrate Easter – with the front door of their cul-de-sac home adorned with a colourful "HAPPY EASTER".

Beth Terranova, 65, a relative of Evans, said: "He was a great dad and very dedicated police officer."

The cop was a Star Wars fanatic – owning a trove of collectibles from the franchise – and enjoyed online gaming in his spare time. 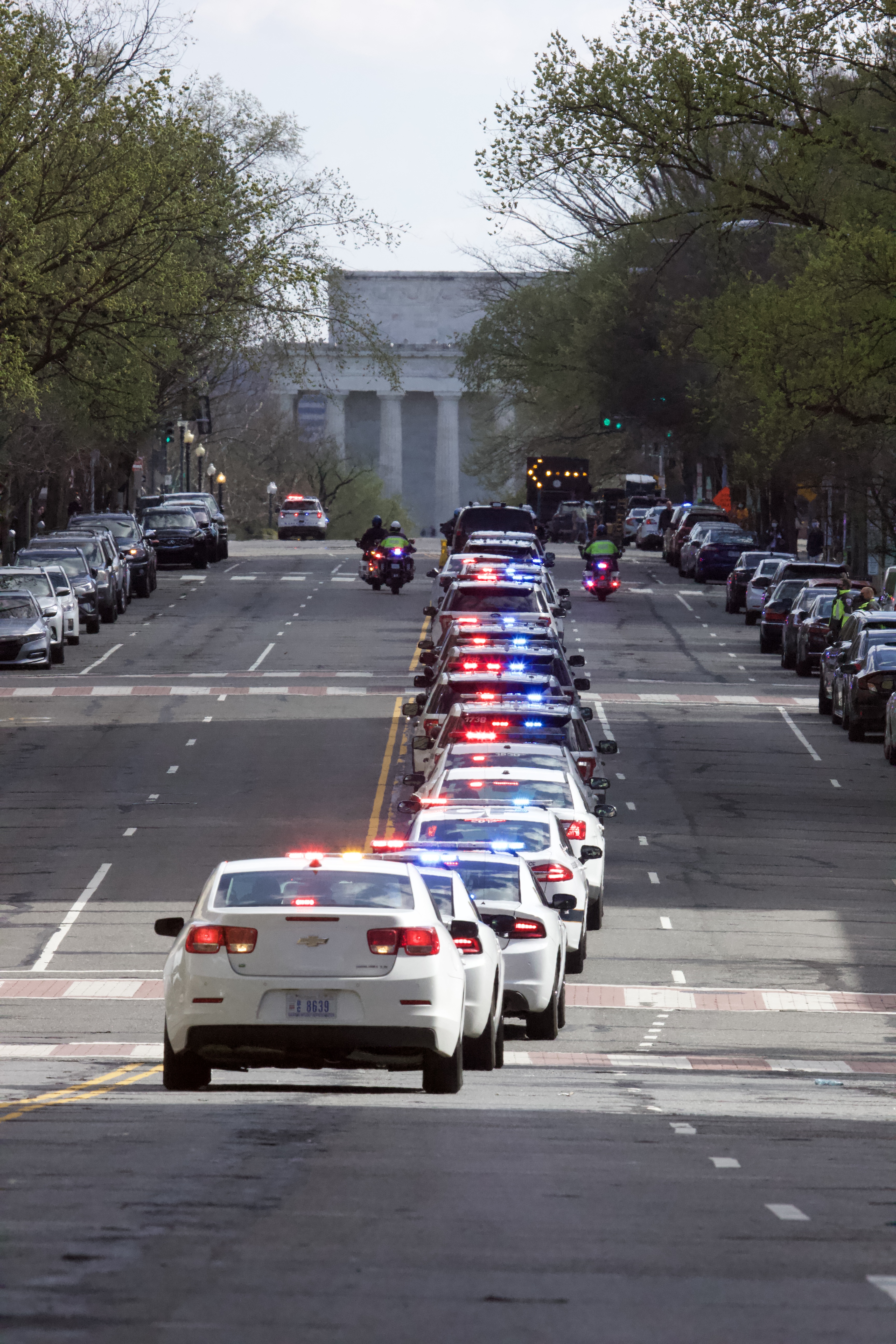 Grief has rocked Metropolitan and Capitol forces with the killing of officer Evans just months after the horrific riot on January 6 which saw 140 cops injured and the death of Brian Sicknick.

In a new statement this morning, the Capitol police said: "The US Capitol Police Department is deeply grateful for the support we’ve received from around the world.

"We wish we could respond to each one of you. Please know your sympathy is appreciated beyond words."

The incident has also renewed the debate about security around the Capitol, with the attack coming shortly after the some the perimeter fencing had been scaled back.

President Joe Biden said he was "heartbroken" at the news of Evans' killing and ordered the flags at the White House at half-mast following the attack at the Capitol.

Following the tragic news, House Speaker Nancy Pelosi ordered flags to be flown half-staff at the US Capitol.

She said in a statement on Friday that Evans was "a martyr for democracy."

"Today, America's heart has been broken by the tragic and heroic death of one of our Capitol Police Heroes."