RUSSIAN women have been urged to avenge cheating boyfriends by informing the army – so they can be conscripted.

An extraordinary video by a recruitment officer uses International Women’s Day to persuade them to snitch on former partners who betrayed or upset them – and are dodging military service. 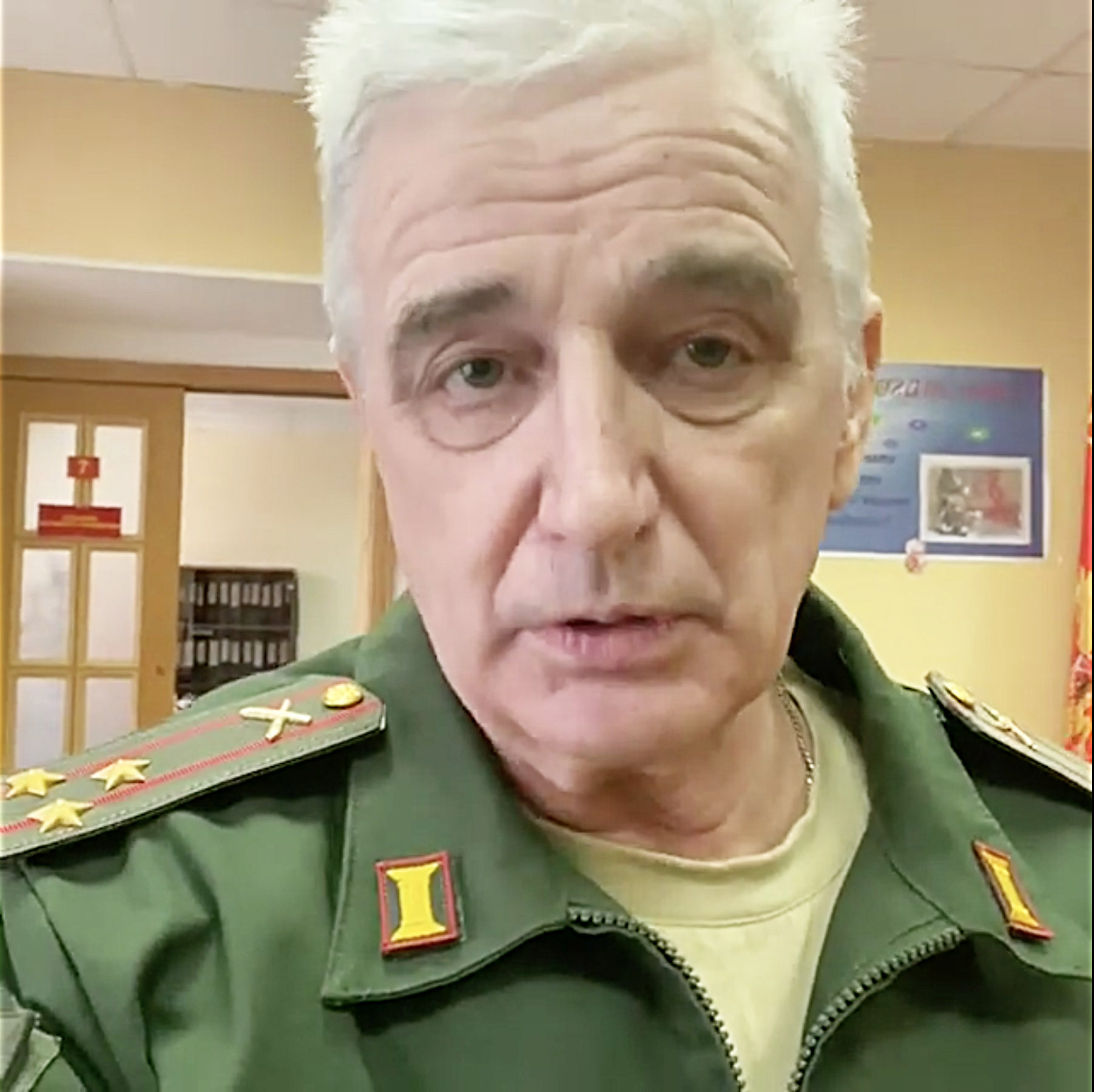 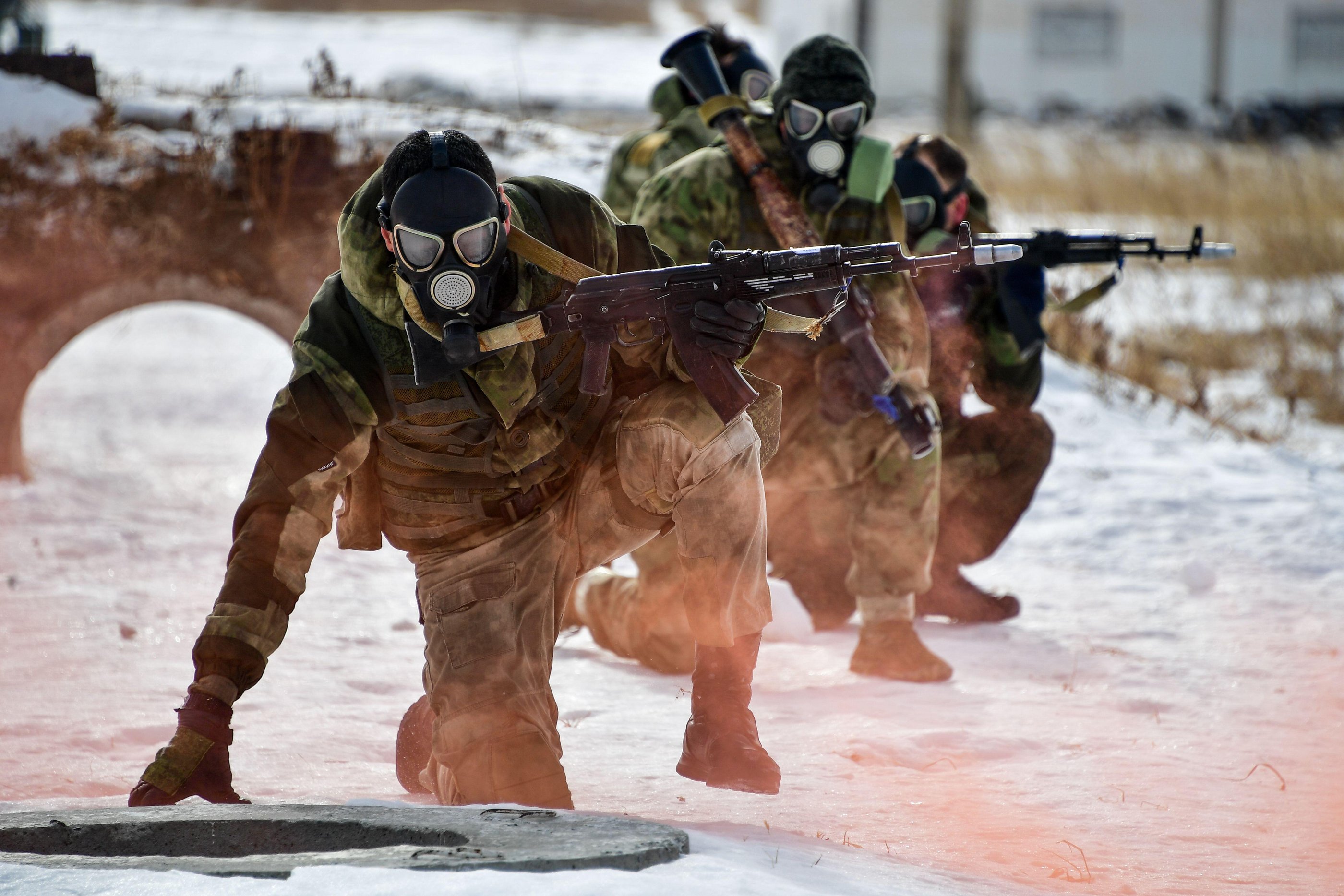 Colonel Yury Khromov, 63, told them to supply the army with the identities and social media accounts of their erring exes.

Some 263,000 Russian men aged between 18 and 27 are drafted each year, but many seek to evade the call-up amid complaints of widespread bullying.

The colonel, from Leningrad region military commissariat, told young women on the video: “May you always be surrounded by true defenders, not only of the motherland, but of you as well.

“And now allow me to give you a little present.”

Men who betrayed them would be conscripted, he promised. 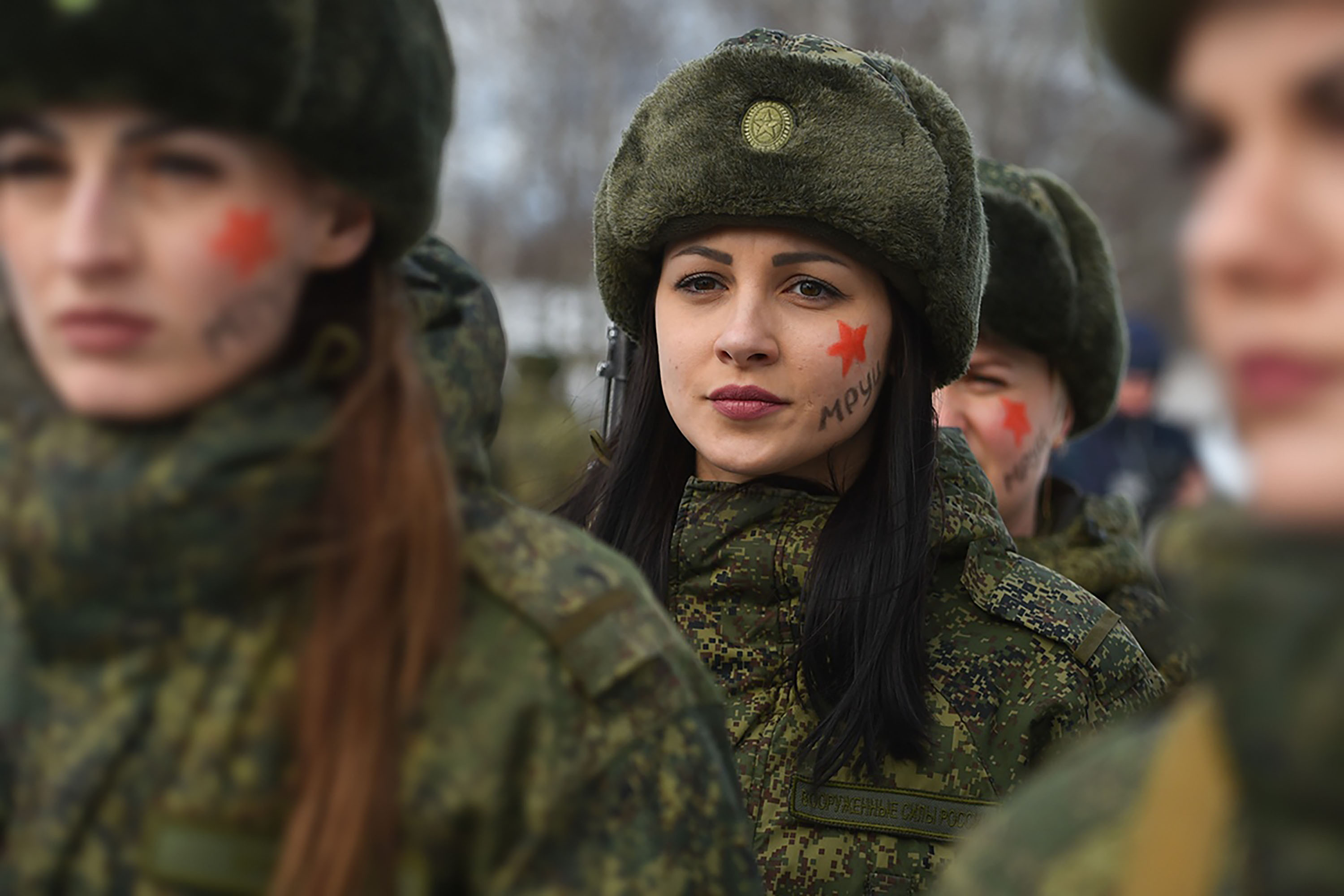 “Give us the social media accounts of your exes, and we will conscript them,” he said.

“Remember a true man must serve in the military.”

One woman gave her ex’s details and urged the army to post him to Antarctica.

Another wrote: “Take my ex to the army, finally make a real man of him.”

Men now face a one year period serving in the Russian army.

Women are not conscripted but do serve in the Russian military – and paraded dressed in make-up for a ‘Make-up under Camouflage’ tournament marking International Women’s Day. 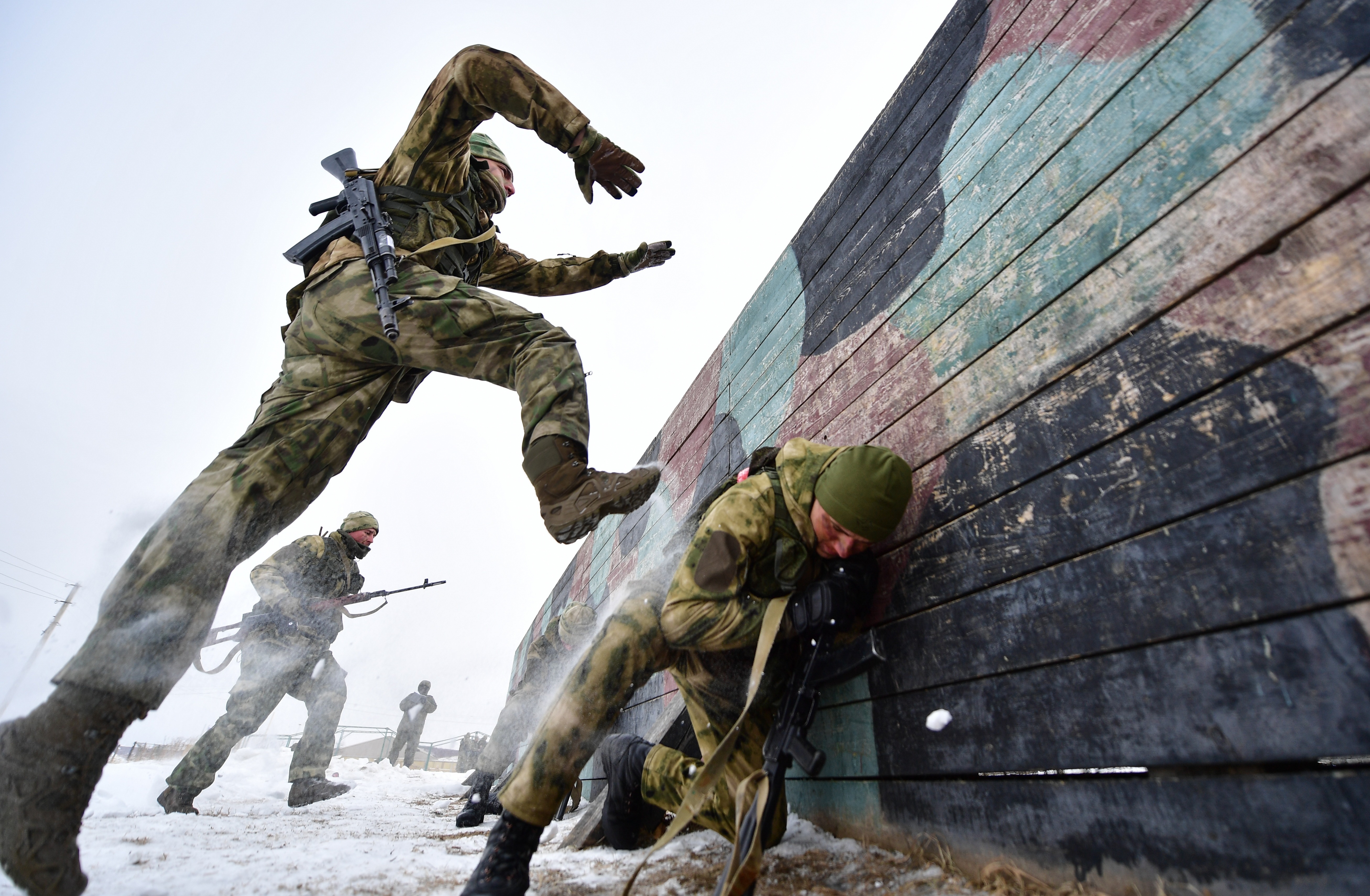 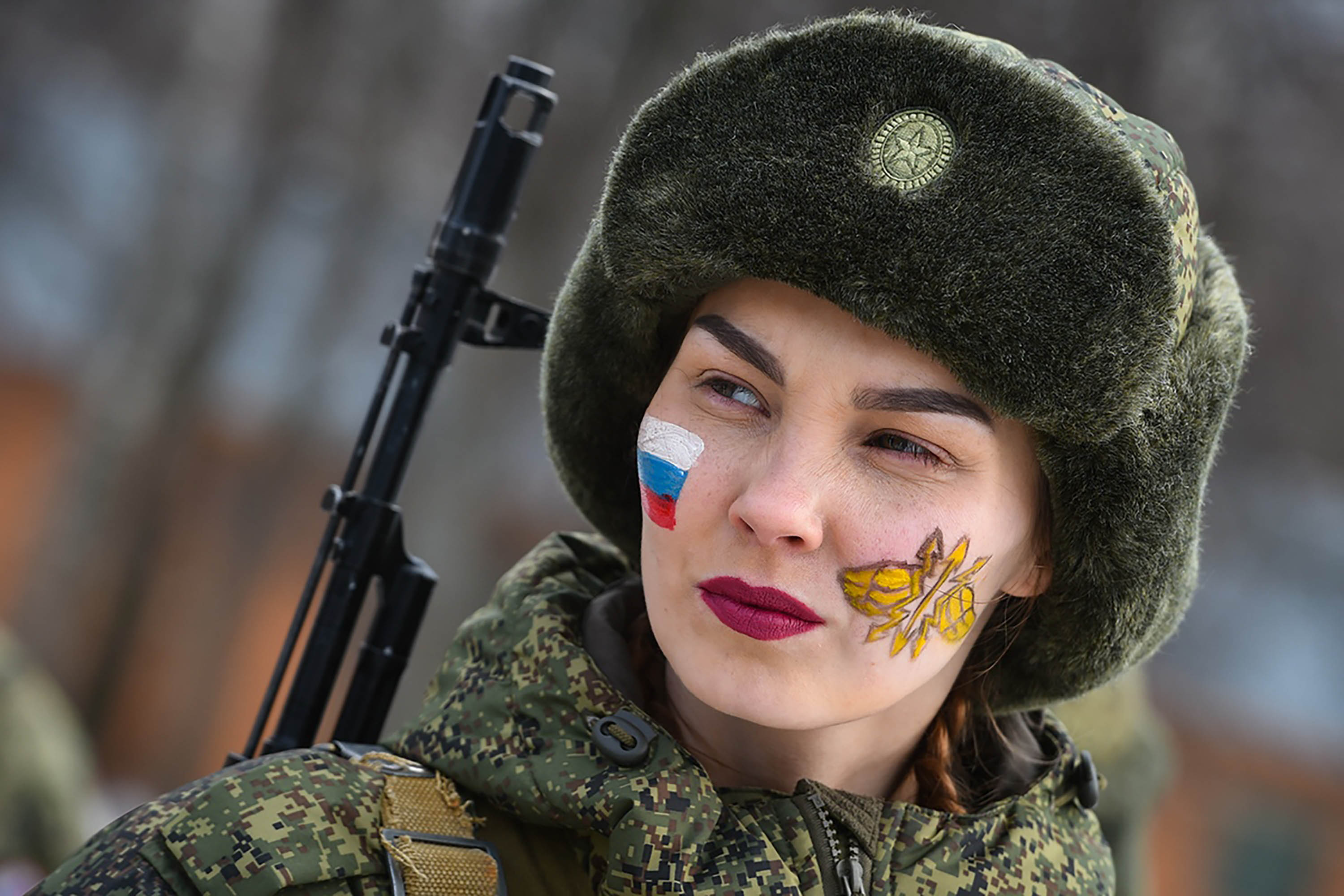 Fifty female soldiers threw grenades, fired Kalashnikov rifles and crawled under barbed wire while also under orders to highlight their “beauty” in a pageant in Yaroslavl, with the Ministry of Defence releasing pictures.

"The ladies applied all manner of camouflage paint to their faces – stars, flags and bright colours among them,” stated one report.

“There was a big puddle there, with ice underneath. I got a nice bath,” said servicewoman Oksana Sukhorukova.

The women faced an intellectual test and were required to cook in field conditions.

The annual event has taken place since 2016.