A NEWLY erected Christmas tree in Derbyshire has left locals in hysterics thanks to its VERY rude appearance.

The tree has been placed in Derby city centre and shoppers have been stunned at its shape. 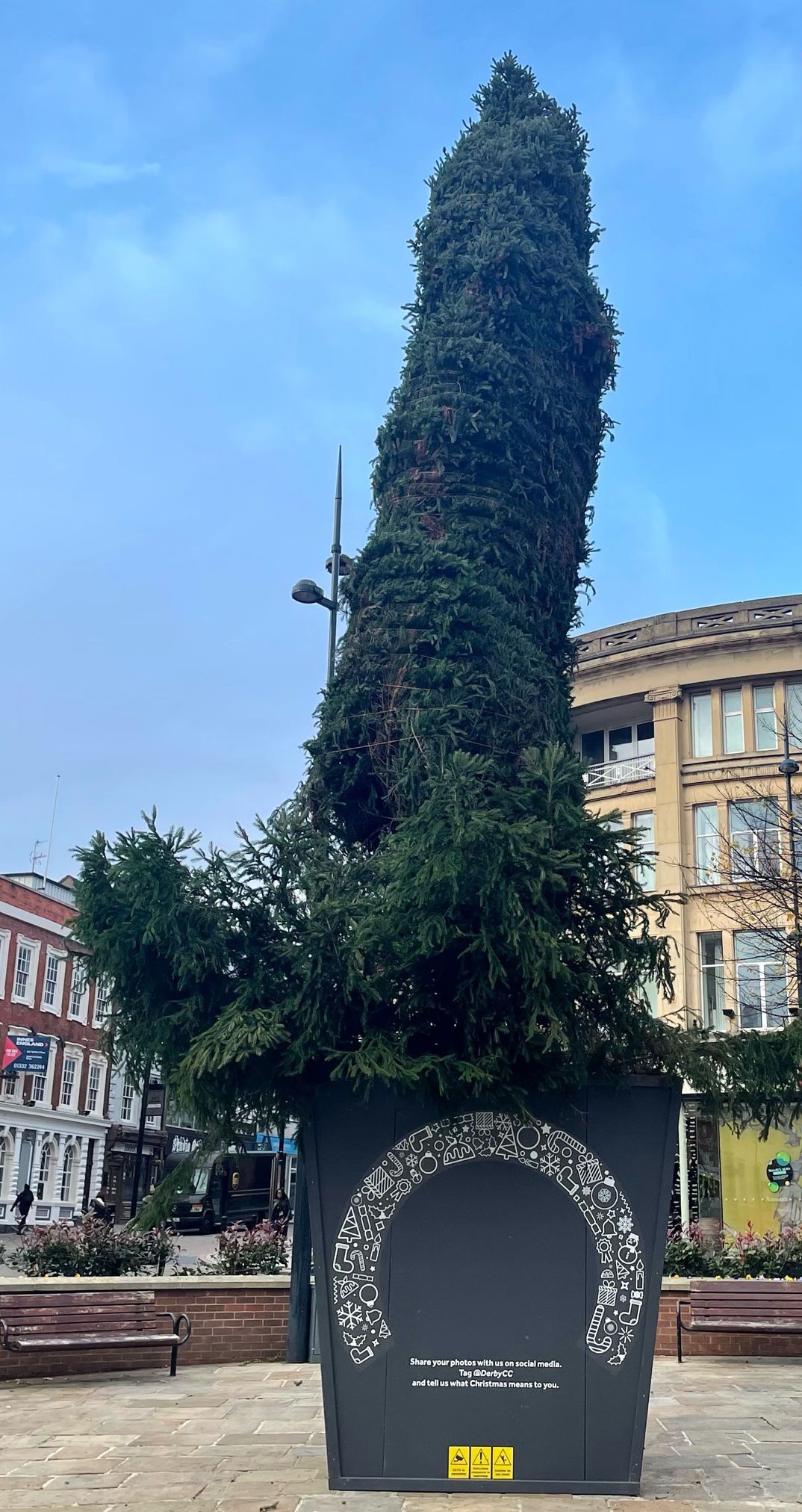 It is not yet in its full glory though – as it’s still covered in wrapping and yet to be decorated by workers at the city council.

Cheeky locals have been quick to make jokes on Facebook about the tree's phallic shape.

"Is anybody else seeing what I’m seeing. Once you do, you can’t unsee it," one woman wrote.

"Looks rather rude to me lol," said another.

One person said: "Nothing says Christmas has come early more than a giant phallic Christmas tree."

It is the latest in a string of controversies over Derby's city centre Christmas trees, which have previously made headlines for poor quality.

Another joked: "Perhaps it is too early, but they'd have to ERECT it at some point."

Another commenter said: "The batteries must be massive" while another joked: "Should be reported, isn't it a d*** pic?"

But it's not the only tree to trigger a few laughs ahead of the festive season.

A towering Christmas tree was slammed for looking like "scaffolding" and a "pylon" after it was unveiled outside a busy railway station.

The metal tree – adorned with Christmas lights and with a star on top – had been placed outside Cardiff Central station welcoming visitors to the Welsh capital.

But many observers were left wondering if it is finished because it looks so bare.

Commuter Martyn Thomas, 34, said: "I couldn't believe it when I heard that was it. It's not very Christmassy at all.

"It looks a bit like a cross between some sort of modern art project and a telegraph pole. It's a bit of a joke."