HATE speaker Anjem Choudary called for the release of terrorist Omar Bakri just hours after his ban on public speaking came to an end.

The vile bile spewing preacher spoke for the first time in five years in a small park in east London to MOAN about prison and his strict licence conditions. 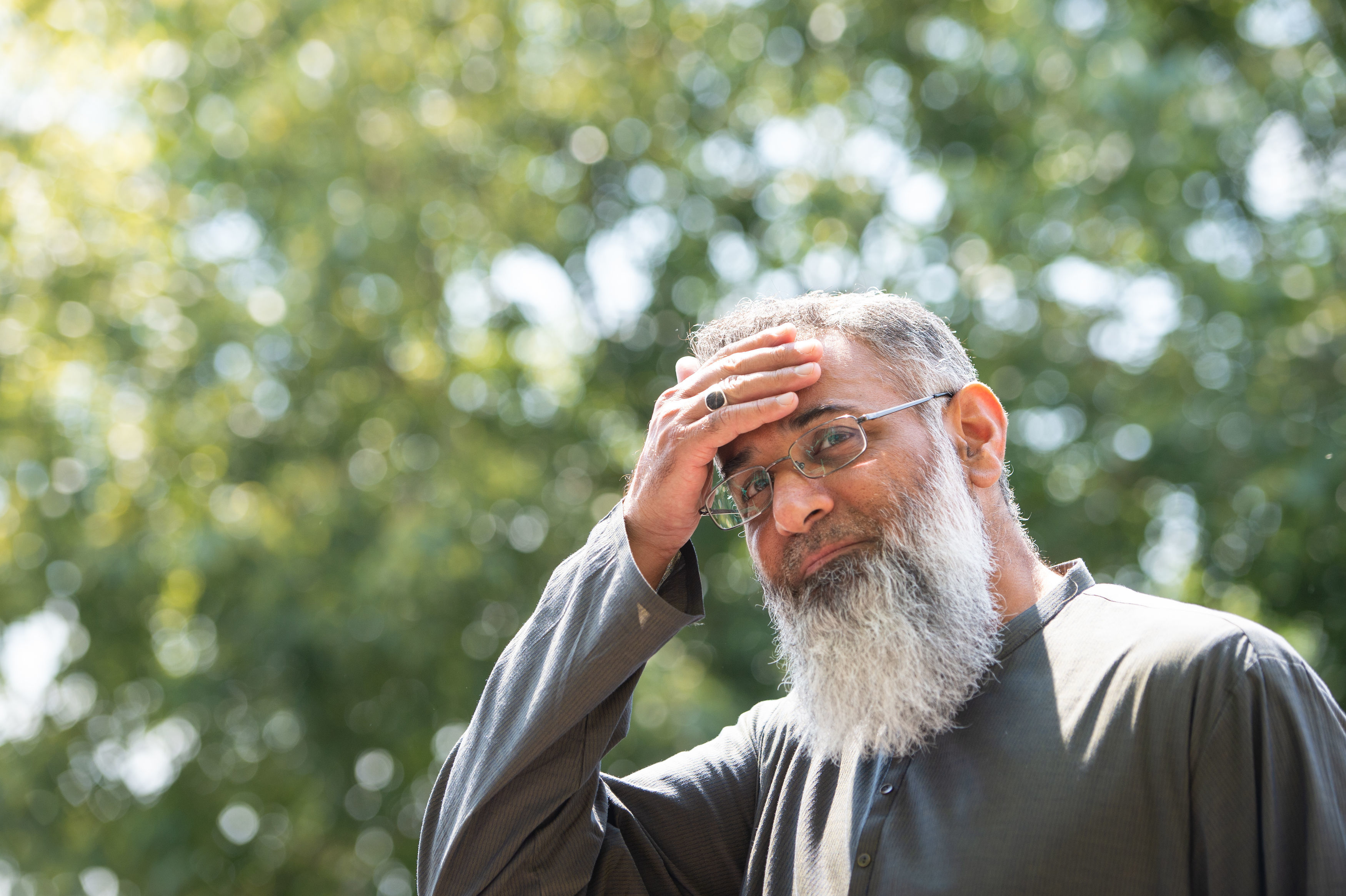 Evil Choudary was jailed for five-and-a-half years in 2016 after being convicted of inviting support for Islamic State.

He demanded the release of Bakri, dubbed the Tottenham Ayatollah after his rants against the West from his North London base.

His terror mentor fled Britain for Lebanon in 2005, where he was later jailed for life for backing islamic militants.

Bakri was the founder of the banned Al-muhajiroun group who were responsible for inspiring a series of Terror attacks but he is languishing in a middle eastern cell.

Choudary was linked to a number of terror suspects, including Lee Rigby’s murderer Michael Adebolajo, but claimed the killer had left his ranks before the attack.

The hate preacher was released from maximum security Belmarsh jail in south east London in 2018.

But 20 licence conditions, among which were a ban on public speaking and talking to the media, were imposed on his release.

But after those restrictions were lifted at midnight didn’t waste time addressing a small crowd in East London, where he declared he was “innocent.”

He said: "I don't agree about the law criminalising people for expressing their opinions. 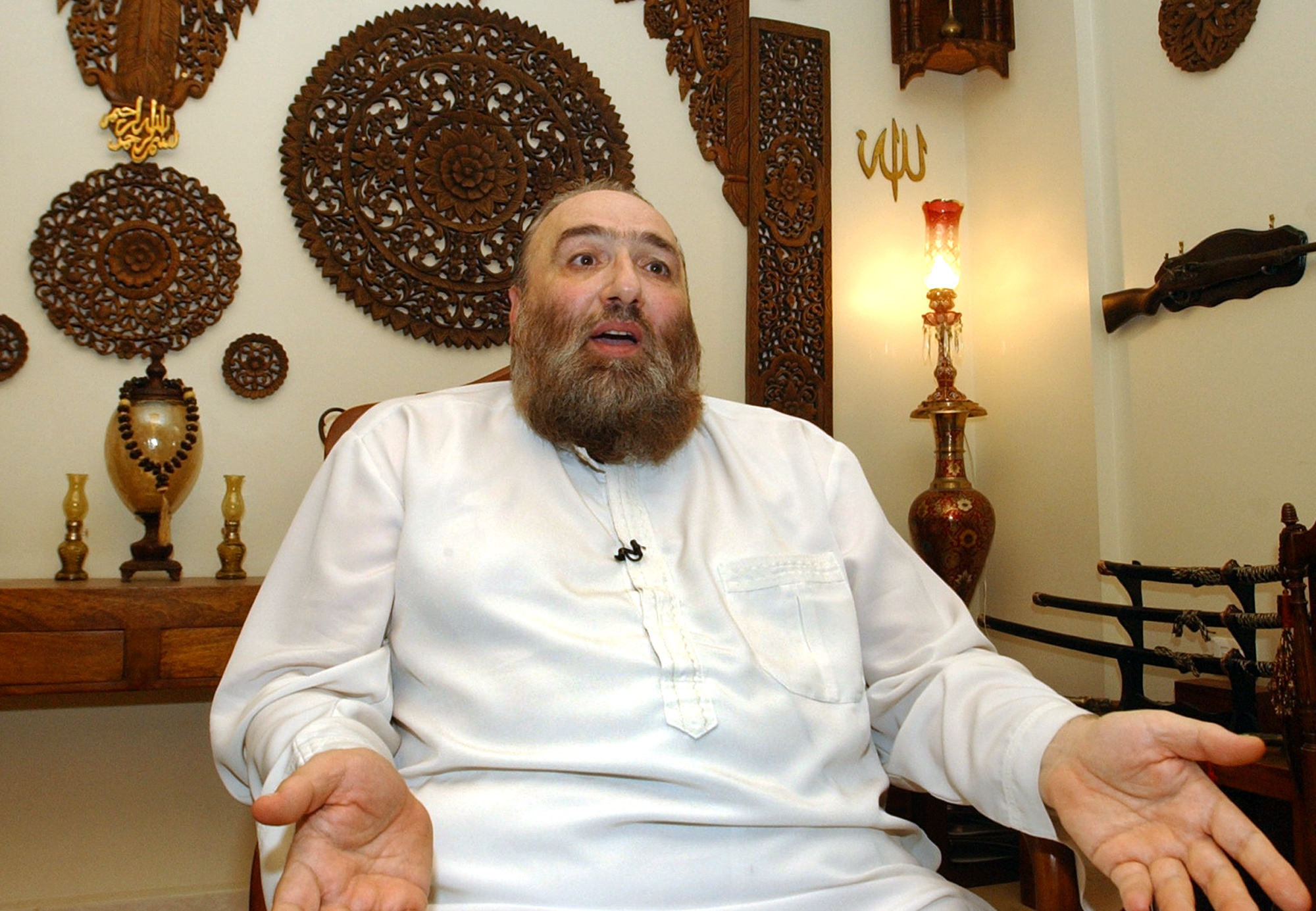 "I don't think a Muslim in the media with the profile I have could ever have a fair trial anyway in Britain.

"The jury would inevitably be biased. The judges, the Crown Prosecution Service, the Police, none of them could really be fair.

"I am an innocent man, I believe I was a prisoner of faith. If not exonerated in this life.

"I don't believe I supported any prescribed organisation and I believe on top of that that if you live in a society where you have so-called freedom and democracy these things should never be criminalised anyway."

He added: "I don't think I've ever incited violence" and said he did not encourage people to join ISIS.

He continued: "I don't think I did anything wrong according to divine text.

"You are already tried in the media before you come to the courts and therefore I don't believe that someone like me can ever have a fair trial. So don't read too much into the fact that I've been convicted on this fact or that fact."

He added: "I don't think I ever praised anybody who carried out any attack."

Addressing the crowd he said he would be "seeking the release of all Muslim prisoners of faith, including our dead Skeikh Omar Bakri Mohammad who is currently suffering torture and abuse in Lebanon."

And moaning about his prison conditions, he added: "During the last five years Allah has destined for me to experience various trials at the hands of the British regime, including imprisonment in the UK's first 'Seperation Centre, in Frankland and the most Draconian licence conditions ever given to a person upon release.”