The family of a 24-year-old Texas father says he was gunned down out front of a Chuck E. Cheese as he walked inside carrying a cake celebrating his daughter’s sixth birthday.

The wife of Calogero Duenes, a father of two, says her husband got into an argument with another man while he carried the cake to his daughter’s birthday at a Chuck E. Cheese in Humble, Texas before he was shot multiple times and killed, according to Fox 8.

“It’s a tragedy,” Duenes’s wife, Amber Uresti, said about the shooting. “I really can’t wrap my head around it. Like, I’m hurt. I can’t understand how someone can do that to someone that’s holding a cake. We just went to go celebrate my daughter’s sixth birthday. I mean, that’s all he was tasked with. That’s all he had on him was a cake.” 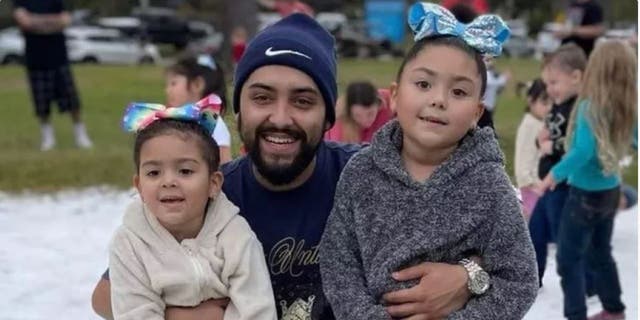 Police, who heard the gunshots and arrived at the scene to transport Duenes to the hospital before he died, say that the suspect shooter fled the scene before they arrived and was driving a burgundy or black Ford.

A GoFundMe page to help the family with funeral expenses has raised over $16,000 in three days.

“My husband passed without me, without anybody to hold his hand, to comfort him. I want justice. I want justice for my children, for Calogero,” Uresti said.

Humble is a suburb on the north side of Houston. Houston is one of many U.S. cities seeing rising homicide rates from 2020 and 2021.